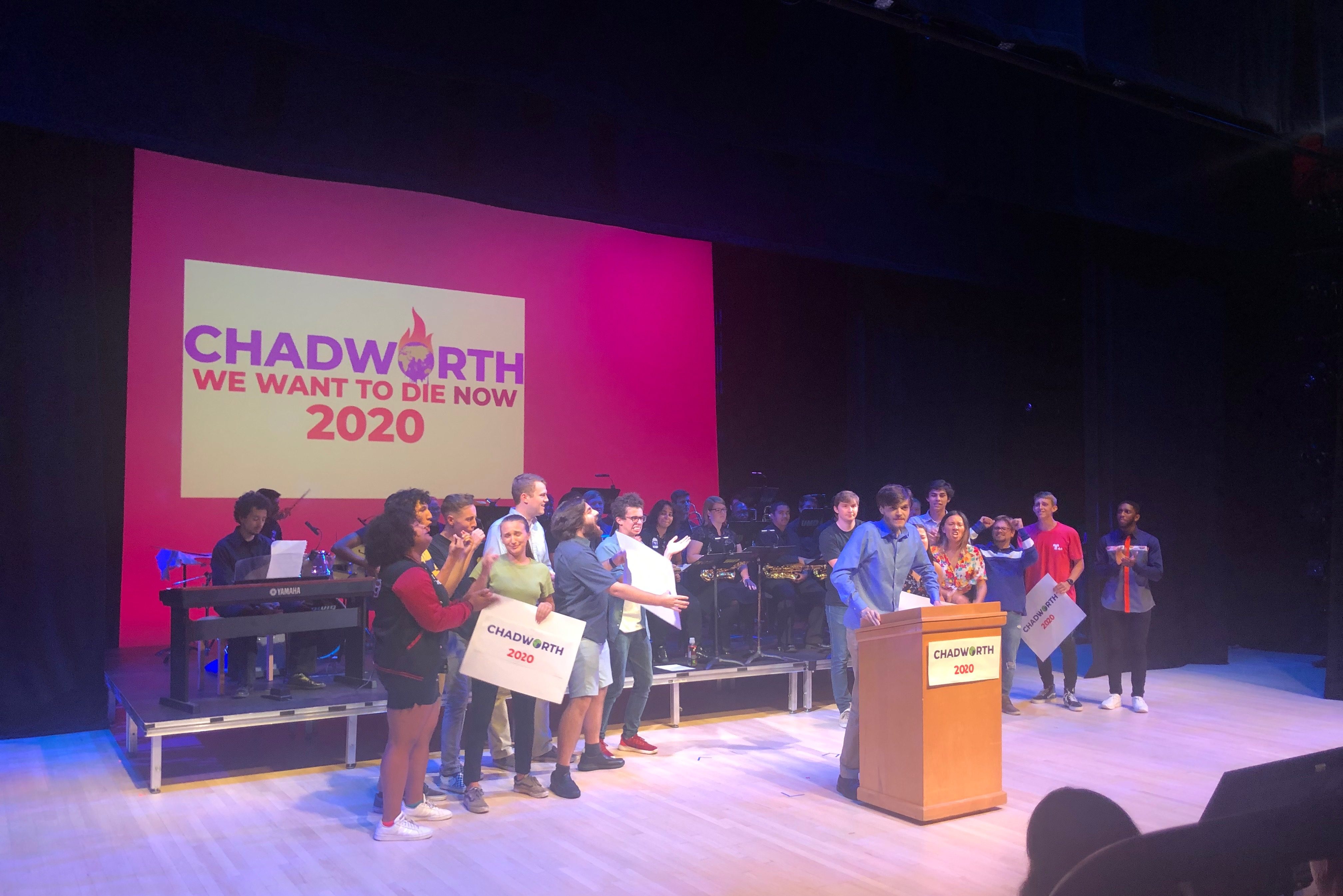 The comedy groups of the University of Maryland took to the stage Saturday for NextNOW Fest to put on their second production of Maryland Night Live. Over almost two hours, both students and alumni came together and had their crowd laughing out loud.

Run like an episode of Saturday Night Live, there were hilarious sketches, live musical performances and even a killer jazz band to help with transitions in between it all. And the audience loved it.

“At the expense of my embarrassment, I can make people’s lives better,” said co-director and cast member Sammy Garcia. The junior supply chain management major co-founded the production last semester and has been planning for this performance since May.

The show opened with a skit that hit all relevant marks: presidential campaigns, climate change, Maryland and the morbid excitement of impending death. From there, it just got better. The opening monologue was a true tribute to the original Saturday Night Live with John Hedrick, an alumnus of this university, hosting.

The musical artists, Benny Roman and Anastasia M., each came to the stage with original music — Anastasia with a piano and Roman with a guitar. Both entranced the crowd, especially Roman with a standout performance of “Yesterday” by the Beatles.

The writers perfectly weaved together sketches, most of which related to the University of Maryland and general college life. A personal favorite was straight out of a jazzy 1920s mystery movie … except the main conflict was the underaged struggle of trying to get into a bar.

There were also digital shorts and a take on SNL’s “Weekend Update:” UMD Alerts. The two hosts even had a “joke-off” where they read the same news headline, putting different jokes at the end, gaining confidence from the audience’s reaction.

[Read more: At 40, WMUC-FM outlives the staples of pop culture’s past]

The show ended with a song from a university orientation leader, played by Garcia. It was all overly-excited smiles with touches of the doom that come with being a student of this university — bad Wi-Fi, lack of air conditioning and potential loss of accreditation. This work doesn’t come easy, but Garcia says it all pays off in the end.

“But today I’m just seeing everything together and I’m just like ‘Oh, uh, easily it’s 100 percent worth it,’” said Garcia, and I can’t help but agree. The level of professionalism of this student- and alumni-run production was incredible and complemented nicely by the apparent fun the cast was having while doing it.

Though a take on a nationally-known television show, this production was one of a kind. With a full theater and an excited audience, I don’t imagine this is the end for Maryland Night Live. Good comedy is something we all need a little more of in our lives, and this definitely did the trick.