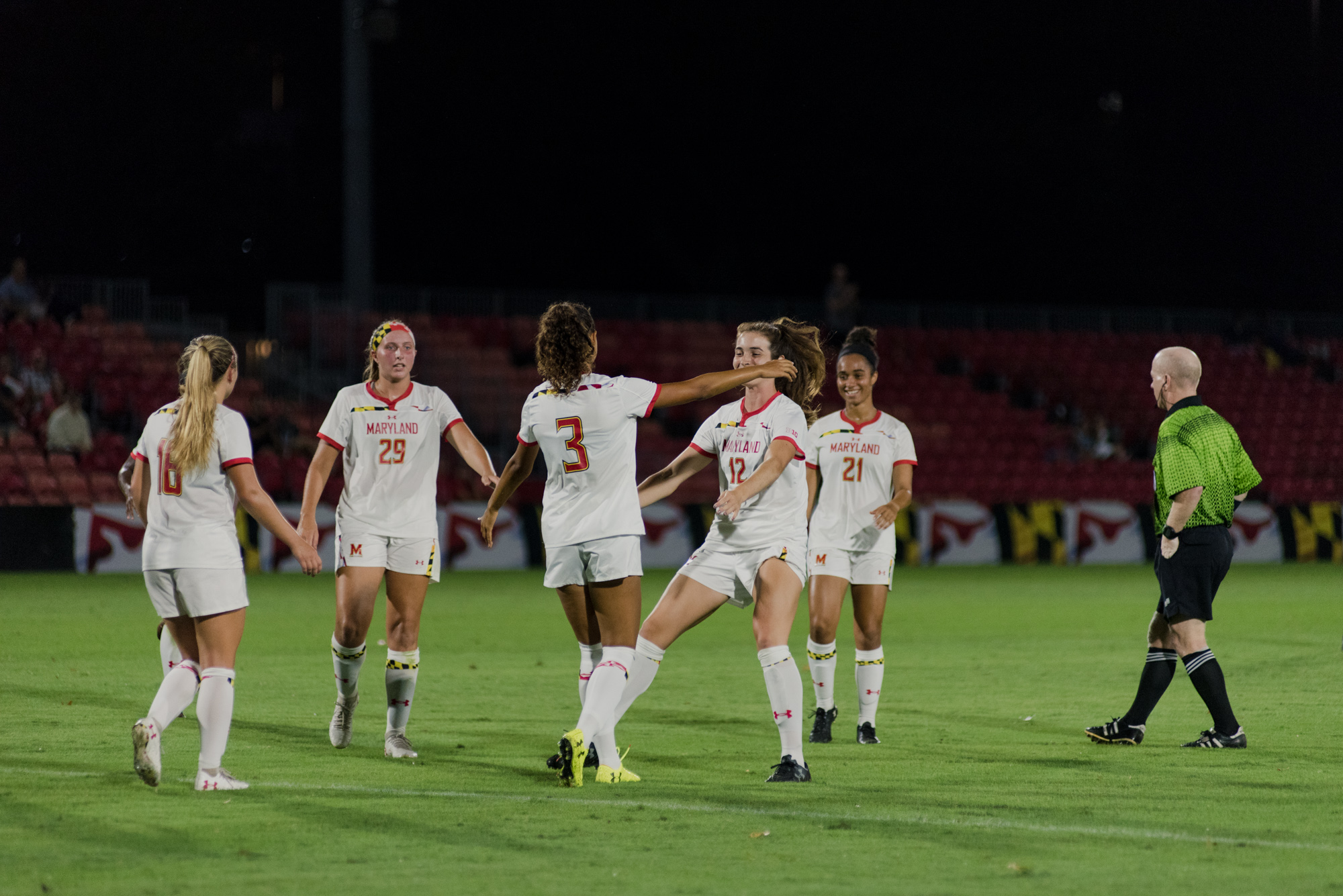 With under a minute remaining in Maryland women’s soccer’s matchup against Temple on Thursday, Owls defender Marissa DiGenova ran into the Terps’ 18-yard box, took a stutter step and then hammered a shot past goalkeeper Erin Seppi.

Up to that point, Maryland had established control after forward Keyera Wynn put the team ahead with her first career goal in the 37th minute. The Terps had poured on 25 shots compared to Temple’s 14 and racked up 18 corner kicks.

But with just moments left, DiGenova’s goal nullified that advantage and resulted in a second straight 1-1 draw for Maryland after neither side broke through in double overtime. The late equalizer also played spoiler to coach Ray Leone’s 300th career victory.

“It’s disappointing,” Leone said. “It’s inexperience. You’ve got to close the game, you’ve got to be smart about where the ball is. The ball’s got to be in the corner at the end of the game, and they’ve got to learn from it.”

[Read more: Erin Seppi is making the most of being Maryland soccer’s No. 1 goalie in her senior year]

The Terps continued their trend of opening games on the offensive, with a slew of opportunities forcing Owls shot-stopper Morgan Basileo into action. Forward Mikayla Dayes almost opened up the scoring for Maryland off a through ball from forward Alyssa Poarch, with ample space on the far side of the field. Dayes’ shot found its way past the keeper but clipped the post, holding the score level 12 minutes in.

Poarch created another chance six minutes later, holding off a Temple defender and striking the ball from outside the box, forcing another save from Basileo. But in the 37th minute, the Terps broke through.

Midfielder Brynn Drury charged forward toward the box, ready to meet the Temple goalkeeper in her own box as both ran toward a loose ball. Drury made it there first and flicked the ball behind her to Wynn, who tried to chip the ball over Basileo as she recovered her position.

As the shot-stopper raised her fist to punch the shot over the bar, she couldn’t quite get enough, and the ball fell into the net to give the Terps the 1-0 lead.

“She really played fantastic today,” Leone said of the goalscorer. “She played well the whole game and brought a lot to the game.”

Meanwhile, Temple found its best chance of the game in the last minute of the first half. Midfielder Morgan Morocco couldn’t put away a cross directly in front of goal, hitting the ball wide right.

In the second half, the Owls began to rack up shots. But forcing goalkeeper Erin Seppi into making a save was a tougher task. It took until the 56th minute to register their first shot on target.

After a stellar week from Seppi, in which she earned Co-Goalkeeper of the Week honors from the Big Ten following an 11-save performance against George Washington, the senior wasn’t challenged for much of the game.

Midfielder Hope Lewandoski nearly found her second goal of the year in the 74th minute, charging through the Owls defense to take a powerful shot on goal, forcing a save out of Basileo. And Poarch missed an opportunity to double the score on a counterattack with Dayes and Wynn running forward. Poarch attempted a shot off a through ball from Wynn, but the attempt missed wide right of the post.

“We really have to focus on capitalizing on those opportunities,” defender Anissa Mose said. “This is something that has been going on every game. That’s something we’ll definitely be looking to do on Sunday.”

Those missed chances left the door open for Temple. With under a minute to play, DiGenova moved through the Maryland backline to line up the equalizer, forcing the Terps’ third overtime game this season.

The Owls found the biggest opportunity of extra time in the closing 20 seconds of the second period as DiGenova took a free kick from outside the box, hitting the top of the crossbar. However, the Terps were not out of it yet as a rebounded cross in the box was headed into the goal by forward Gabriela Johnson.

But as Temple players stormed the field, the line referee raised his flag for offside, cancelling the goal and ending Thursday’s contest at 1-1.

“It’s obviously positive we’re having that offensive presence,” Lewandoski said. “But at the end of the day we just need to focus because if they’re not in the back of the net it doesn’t really matter.”