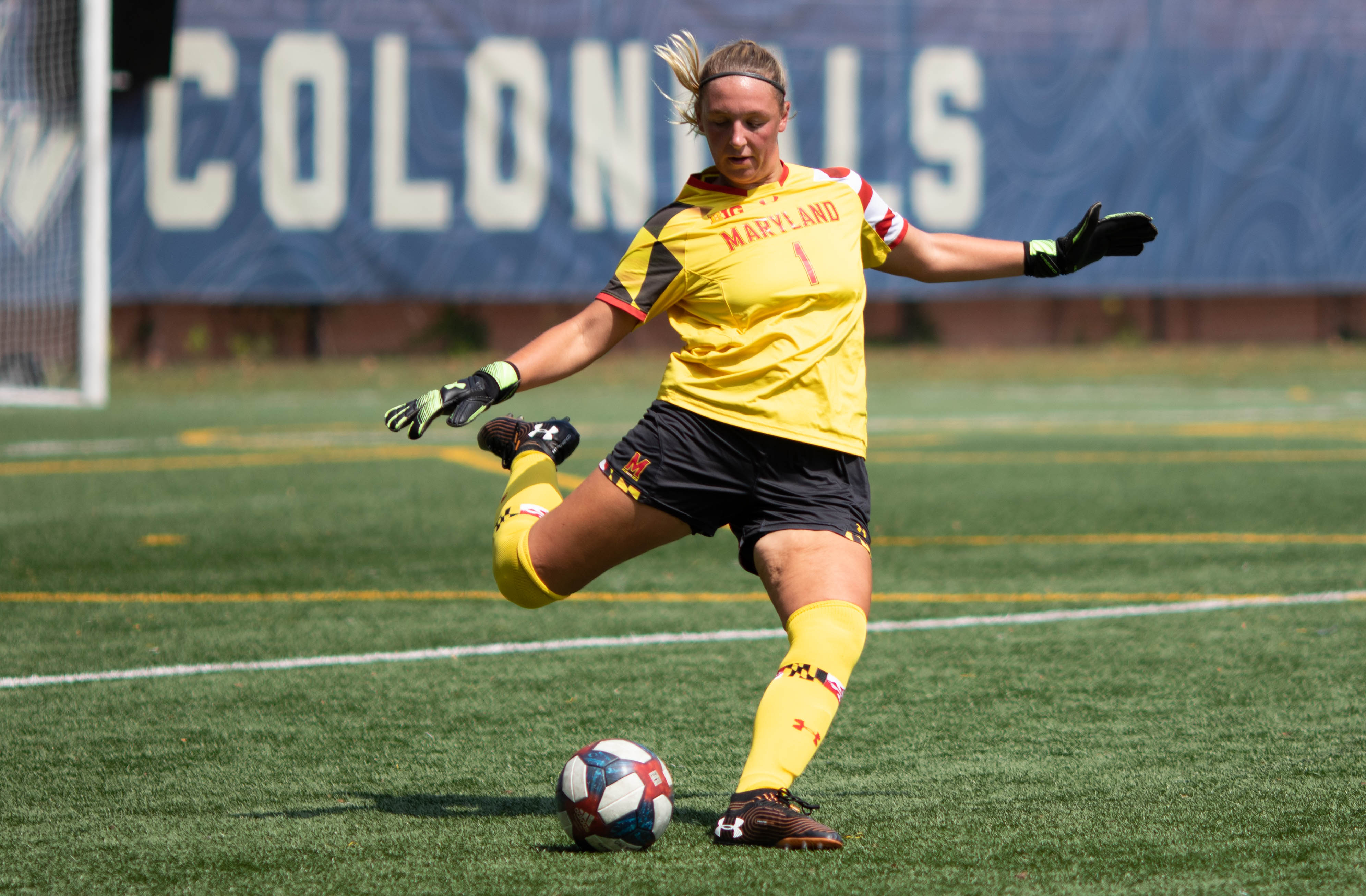 The senior had her best weekend of the season, collecting a clean sheet in the Terps’ 3-0 victory over George Mason and recording a career-high 11 saves in a 1-1 draw against George Washington on Sunday.

Seppi shares the award with Claire Graves from Iowa, who kept two clean sheets over the weekend while recording four saves. The Terps will meet Iowa on Oct. 13.

Seppi is Maryland’s first Big Ten weekly award honoree since midfielder Loren Sefcik was named Freshman of the Week in October 2018 following her first career goal in the Terps’ 2-1 upset over then-No. 14 Northwestern. And Seppi is the first goalkeeper to earn a weekly conference honor since Egyed did so in September 2018.

Maryland gets back underway with a lengthy home stand, beginning with Temple on Thursday. After playing the Owls, Princeton comes to College Park to close nonconference play.

Then, the Terps’ Big Ten slate begins with matchups against Wisconsin and Minnesota, both of which are at Ludwig Field.