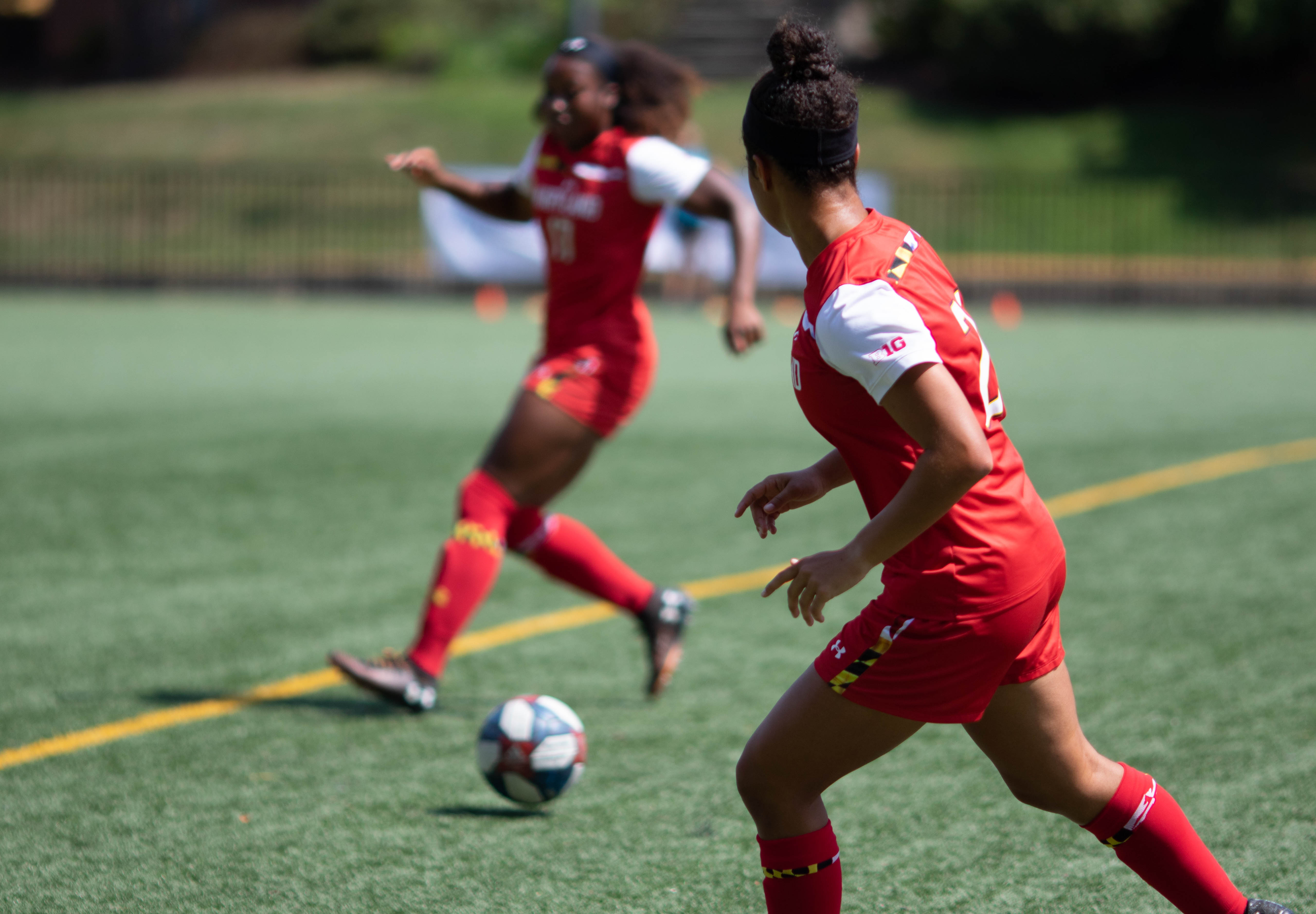 After midfield anchor Niven Hegeman tore her ACL in the second game of the season for Maryland women’s soccer, coach Ray Leone had to shuffle the Terps starting lineup to find a suitable replacement.

And while the Terps conceded nine goals combined against Auburn and Georgia without New in the starting lineup, their defense has looked more solid in the two matches since the senior has become a key piece of the backline — although both matchups were against lesser foes.

“Her communication skills are top of the line,” Leone said. “She’s fit, she’s agile, she’s tough to beat and she’s just a really good organizer of the backline.”

New made her first start of the season in the Terps’ 3-0 domination of George Mason on Sept. 5. The defense held the Patriots to just one shot.

For a backline that struggled the previous weekend while initially trying to remedy Hegeman’s absence, last week’s contests were a sign that Maryland’s defense is beginning to gel.

“[Assistant Coach] Kerry [Dziczkaniec] has definitely been continuously telling us that we are the wall and we have to stay together,” defender Alexis Hogarth said. “I think it was a good bounce-back. It’s starting to come together the more that we communicate.”

And after their leaky defensive performance against the SEC teams, the Terps conceded just one goal in their last two games — a 76th-minute equalizer to George Washington in a 1-1 draw Sunday.

“You can see a really big difference in the whole group,” Leone said. “I can be disappointed and still see good things, and I told the backline that was as good as they’ve been. You can’t stop every single play, but they certainly did their share.”

The Terps have been particularly good at home this season, allowing only 10 shots at Ludwig Field through three games. Maintaining their home form on the road has been a struggle as Maryland looks for their first away win since their opening victory of 2018 against William & Mary.

Maryland will have the luxury of playing its next four games in College Park, including the season’s first two Big Ten matchups against Wisconsin and Minnesota.

And the Terps will hope to continue their stout defense into the homestand. After only playing in seven games last season, New is now a regular starter. Despite not having the job to start the season, she has always been supportive of her linemates.

“The defense performs great,” New said. “I always stand behind our backline no matter who is in it. I just believe in our team and that’s all it takes to win these games.”

So, after losing Hegeman and moving Moore into the midfield, what could have been a long process to find Maryland’s newest starting defender seems to have been resolved by New coming into the position.