Maryland football vs. Temple: How to watch and what to watch for 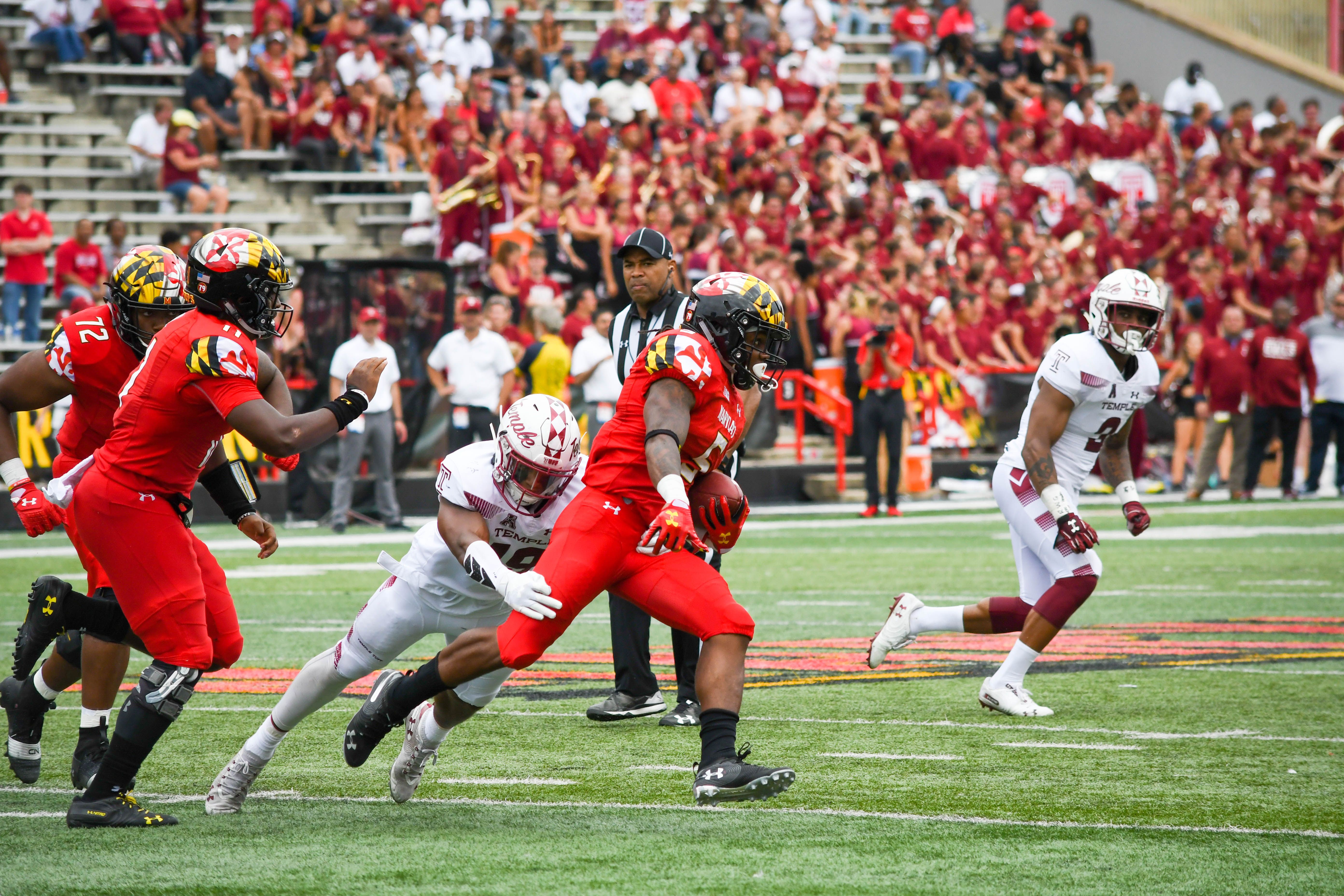 Running back Anthony McFarland carries the ball during Maryland’s 35-14 loss to Temple at Maryland Stadium on Sept. 15, 2018. (Alex Chen/The Diamondback)

The transfer from Ohio State has shown the world what he can do as a pass rusher. The linebacker has 3.5 sacks through the first two games, which is fourth the nation. Jones has 12 total tackles this season, as well as a forced fumble on Syracuse quarterback Tommy DeVito. He has been all over the field for the Terps and will look to continue his success against the Owls.

Anthony McFarland Jr., Javon Leake, Tayon Fleet-Davis, and Jake Funk are among the nation’s best running back crew. The four running backs combined for six touchdowns last week, and three against Howard. McFarland has five total scores already this season, which is the third-most in the country. The four backs have combined for 542 yards and nine touchdowns through the first two games. We’ll see if they can continue their dominance and juggernaut the Terps offense.

Three things to watch for Temple

1. Coming off the bye

Temple enjoyed a bye week last week, having last played a game on Saturday, Sep. 1 against Bucknell. One might say that the Owls will be well-rested and prepared for this game, having had two weeks to key in on the Terps. This could also mean Maryland does not have much film to watch on Temple. It could also be argued that Temple will be rusty with just the season opener under their belt. We’ll have to find out on Saturday.

The starting quarterback led the Owls to a 35-14 victory over Maryland last season, completing 15-of-25 passes for 228 yards, one touchdown and an interception. In the season opener against Bucknell, Russo went 32-of-41 with 409 yards, four touchdowns and one pick, leading the Owls to a 56-12 win. With another year of experience, the redshirt junior will look to beat the Terps for the second straight season.

In the season opener, the Owls defense did not allow a single offensive touchdown, as Bucknell scored off an interception and two field goals. They allowed 190 passing yards and just 21 rushing yards. Maryland strung 79 points in the season opener and 63 points last week, so we’ll have to see if Temple’s defense can slow down the surging Maryland offense.