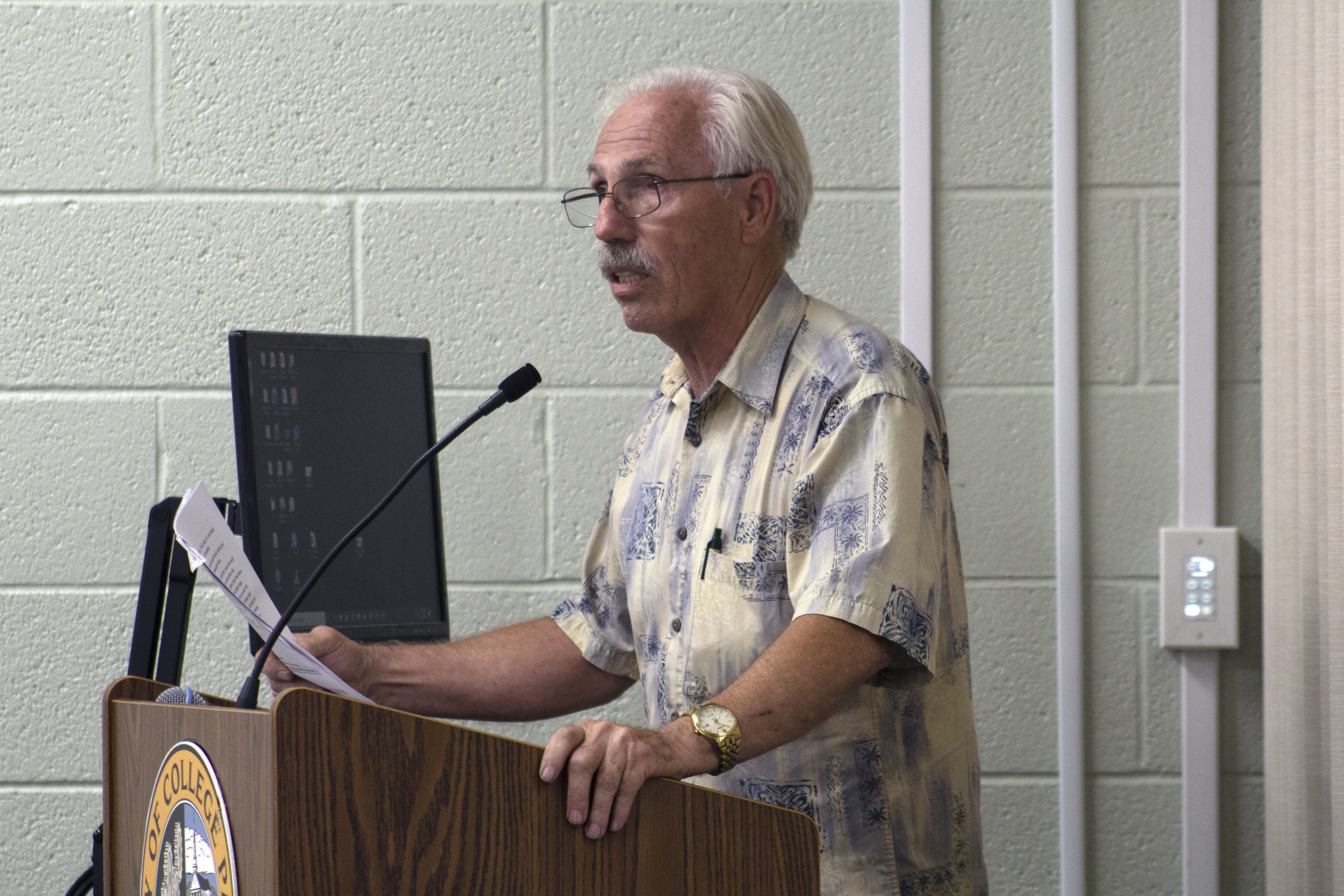 The College Park City Council discussed an ordinance aimed at prohibiting “unruly social gatherings” during its meeting Tuesday night, and attendees were quick to express their disapproval.

In the proposal, “unruly social gatherings” are defined as a party or event of four or more people where alcohol is distributed to underage students, or there’s conduct that’s a “substantial disturbance of the peace,” which would include excessive noise, use of controlled substances,  extreme traffic, public drunkenness and more.

If the ordinance passes, the changes to the city code would redefine “unruly social gatherings” as a nuisance and would prohibit them from taking place.

Some attendees were strongly against the proposed changes.

“It seems like it strikes right at the heart of the First Amendment of the ability to gather,” said Lisa Miller, president of the Prince George’s Property Owners Association, who lives in Potomac and rents out properties in College Park.

Many of the properties in College Park are rented out to college students, but violations of the proposed new code could result in municipal infractions or fines of the tenant and property owner.

Robert Davis, owner of Green Coast Services — a property management and maintenance firm — said the actions he can take against a resident are limited, and he feels this was not taken into consideration in the ordinance.

Although Davis didn’t elaborate on these restrictions, Miller explained that although she can write in her contracts that residents can’t drink in the house, she has no legal way to fully enforce this. It’s just one way the ordinance could penalize her for behavior that she feels she can’t completely monitor.

Davis said that with this change, he would be unfairly held responsible for tenants’ actions on or inside his property. It’s an unreasonable standard considering other activities in a college town, he said.

“When you go to a bar and you drink at that bar, and I leave that bar and I decide to go break a window in that car in the parking lot, you can’t hold the Cornerstone responsible for me being drunk and doing something stupid,” Davis said. “But yet the way this ordinance is written, the City Council is holding the property owner responsible not only for the contracted resident, but for his guests.”

Meeting materials referenced a similar ordinance that was adopted in Baltimore County — specifically near Towson University — that contributed to fewer complaints. County police had issued 71 citations before the ordinance went into effect, and that number decreased by half each year after.

But David Dorsch, who has lived in College Park for 45 years, said he isn’t convinced the ordinance is necessary.

To Dorsch, the city should be more mindful of the way they treat residents, which includes owners and tenants, particularly students.

“The city wants all the money they can get from the students spending at restaurants and housing, but they don’t want to see or hear any students,” Dorsch said.

The City Council said it will hold a public hearing on the matter on Sept. 24 at Davis Hall and will address concerns at that time.