How did pro Terp football players do this week? 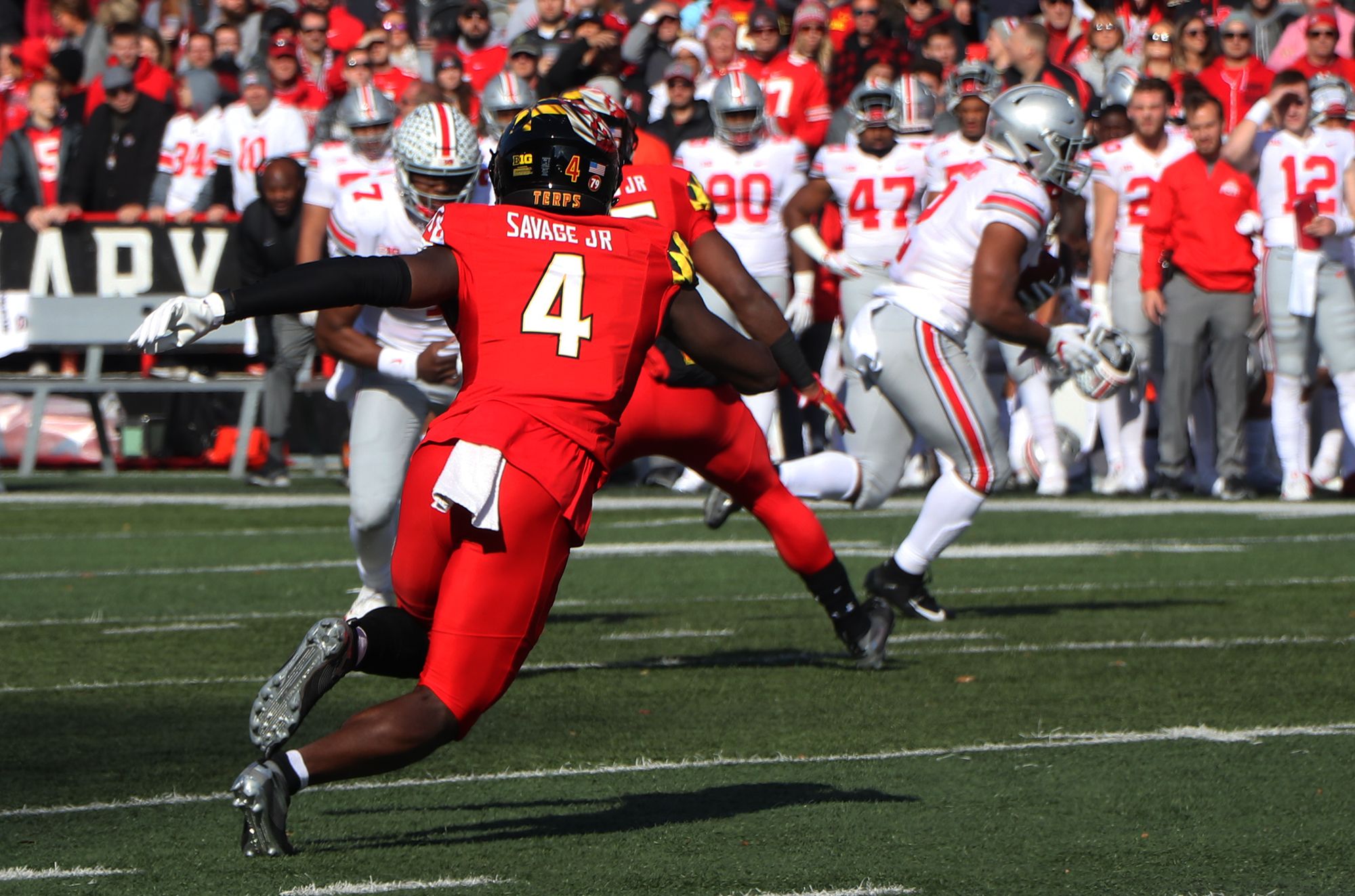 The 100th NFL season kicked off last weekend, so let’s look at how former Terps are doing in the pros.

Savage, the highest-drafted defensive back in this year’s class, kicked off his NFL career Thursday night with the Green Bay Packers. Savage started and recorded three tackles and a pass deflection in the Packers’ 10-3 win over the Chicago Bears.

Perhaps no other former Terp made a bigger impact in the NFL this weekend than Davis. Davis, who played tight end for Maryland from 2003-2006, kicked off his 14th NFL season on Sunday with the Washington Redskins as they took on the Philadelphia Eagles.

In the first quarter, Davis received a pass in the flat, before turning and hurdling a defender on his way to a 48-yard touchdown. The touchdown served as a special moment for Davis, as his grandfather — who helped raise Davis when he was growing up — died Saturday. SportsCenter featured Davis’ touchdown as its top play on Monday as well.

Davis finished the contest with four catches for 59 yards to go along with his touchdown as the Redskins fell to the Eagles, 32-27.

Carter also got off to a hot start, blocking a Los Angeles Rams punt inside the Rams 30-yard line, setting up a Carolina Panthers score. Carter also recorded three total tackles in the contest.

Moore also began his season with the Panthers, recording seven catches for 76 yards in the 30-27 loss.

Diggs had a quiet start to his 2019 campaign, recording two catches for 37 yards in the Minnesota Vikings’ 28-12 win over the Atlanta Falcons.

Jefferson got off to a solid start with the Seattle Seahawks, recording six total tackles, two pass deflections and two sacks in a 21-20 win over the Cincinnati Bengals.

Ngakoue began his season with the Jacksonville Jaguars, recording three total tackles and a tackle for loss in the Jaguars’ 40-26 loss to the Kansas City Chiefs.

After going undrafted in 2018, Jackson made the New England Patriots 53-man roster and won Super Bowl LIII over the Rams. Sunday night against the Pittsburgh Steelers, Jackson recorded one tackle in the Patriots 33-3 win.

Cowart, who was drafted this year by the Patriots, did not record any stats in the game.

Davis missed the Steelers season opener with an ankle injury.

Johnson also made his NFL debut with the Detroit Lions, carrying the ball one time for six yards during the Lions 27-27 overtime tie to the Arizona Cardinals.

Woods, who plays for the Chicago Bears, did not record any statistics in his team’s loss.