Styrofoam is set to be banned next year, but UMD hasn’t used it for years 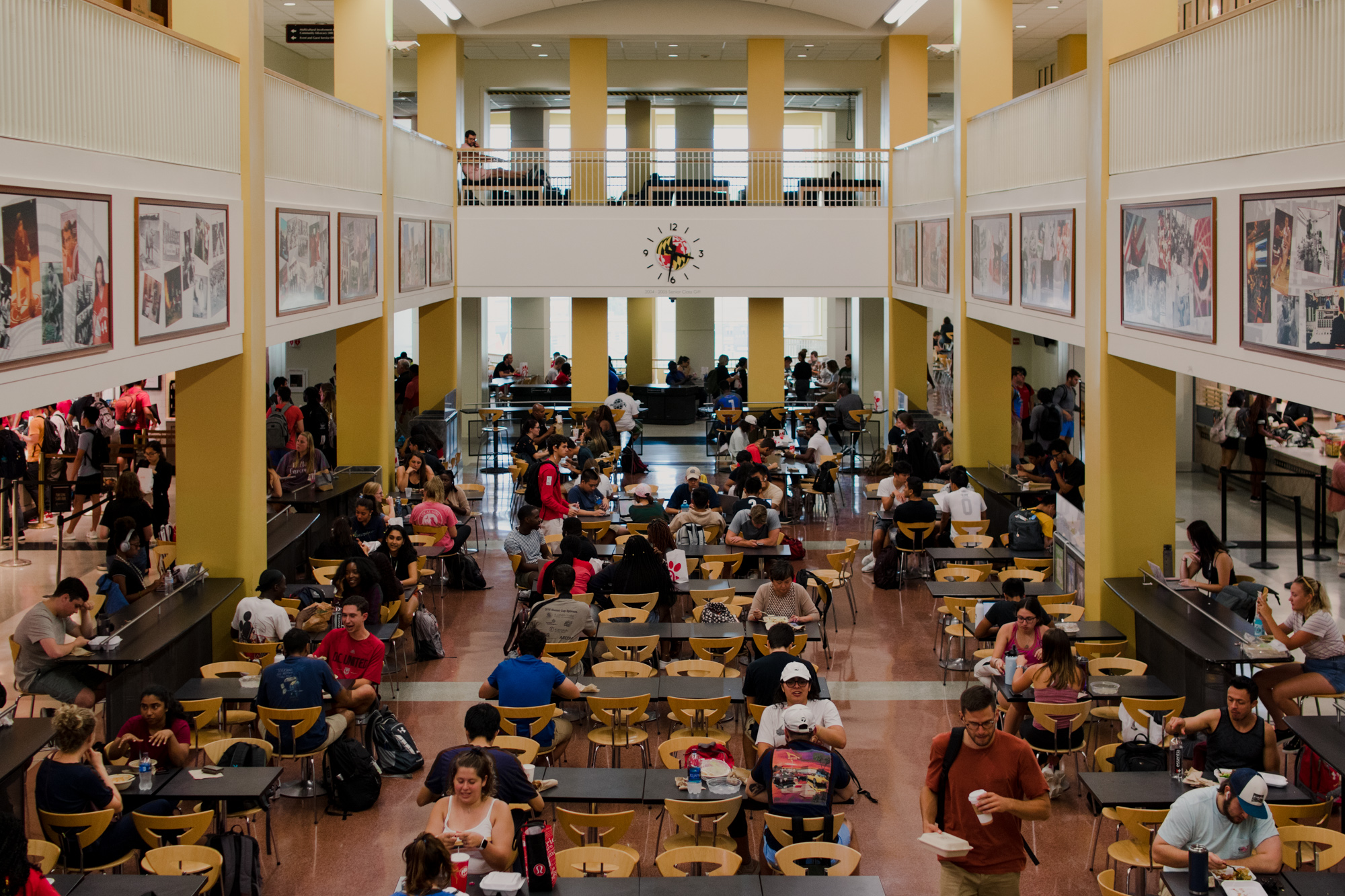 Restaurants in the Stamp Student Union have already swapped their styrofoam containers for paper or plastic. (Gabby Baniqued/The Diamondback)

By this time next year, polystyrene foam will be banned across the state of Maryland — but Dining Services at the University of Maryland said it’s been years since foam packaging has been used on the campus.

Those efforts ramped up when Prince George’s County’s ban on polystyrene — more commonly known as styrofoam — passed in 2016. The substance, which isn’t biodegradable, can clog landfills and introduce toxins to animals that ingest it.

Chick-fil-A, a chain restaurant that commonly sells drinks in styrofoam cups with a red “C” logo, has a location in Stamp Student Union. And when it originally opened, it used polystyrene.

“We didn’t want to say you can’t use polystyrene, we didn’t want to say anything specific. We wanted to give ourselves enough room that we could change as needed, or as conditions changed,” Mullineaux said, adding that Dining Services began to work with Chick-fil-A to end its use of polystyrene five or six years ago.

Mullineaux said this university negotiated a policy against polystyrene use into the leases of each Stamp restaurant. But Amilcar Hernandez, a senior marketing major at the University of Maryland University College and a student manager at Stamp’s food court, said the real change for the spaces in Stamp came after the Prince George’s County law passed three years ago.

“[The] Coffee Bar switched to paper straws, at the Maryland Dairy they use compostable cups,” Hernandez said. “Everything pretty much went green.”

State Sen. Cheryl Kagan (D-Montgomery), who sponsored the bill in the state Senate, has been working on the issue for several years.

“It took three years to persuade my colleagues to enact it,” Kagan said, “and 52.4 percent of Maryland residents now live in a jurisdiction that was covered by a styrofoam ban.”

And Kagan wasn’t the only one who diligently worked on the initiative. Kim Lamphier, who Kagan said was an advocate for the ban and a lead partner in the legislation, died in August from cancer.

“Her legacy is enacting the statewide foam ban,” Kagan said.

The styrofoam issue is an environmental and public health concern, Kagan said. Styrofoam ends up in waterways, where fish consume it, and then humans consume the fish.

“It can’t be recycled,” Kagan said, adding that styrofoam materials “don’t biodegrade, they never break down.”

For the university and Prince George’s County residents — and other counties that banned polystyrene years ago — Kagan said there won’t be much of a change.

Regardless, Kagan said it’s time for the full ban.

“It’s high time that we make sure that we get rid of the toxic materials in our environment,” she said.