No. 2 Maryland field hockey falls for first time this season in 1-0 loss to No. 3 Duke 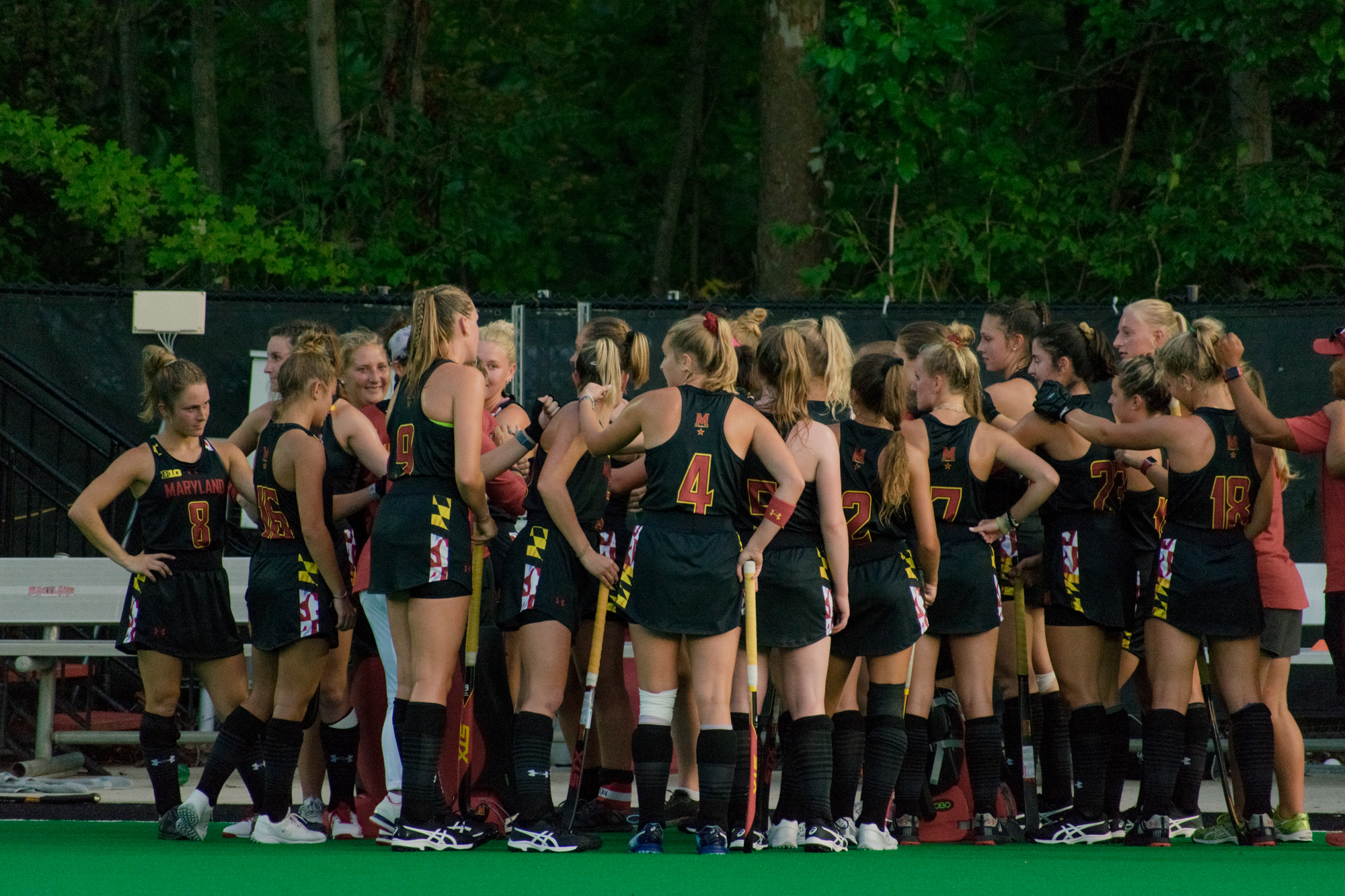 As junior defender Bodil Keus stepped up to the penalty spot, the Maryland field hockey team looked set to get on the board in its Big Ten/ACC Cup matchup against No. 3 Duke.

However, the reigning Big Ten Defender of the Year’s effort was saved by Duke goalkeeper Sammi Steele — one of three saves that the All-ACC Second Team honoree would make in the third frame.

It was the closest that No. 2 Maryland would get to a goal as the Terps fell to Duke in a tightly contested affair, losing 1-0.

“They had a good amount of pressure on us,” forward Jen Bleakney said, “I think we kind of struggled since they came out so strong.”

With the Blue Devils (4-0) coming off a double-overtime slugfest against No. 15 Northwestern, Maryland (3-1) figured to be in prime position to pepper the Blue Devils’ cage.

However, it was Duke that looked the fresher of the two sides in the first quarter, pinning Maryland into its half and forcing a penalty corner two minutes into the game. Duke scored on the ensuing corner, as midfielder Margaux Paolino found the back of the cage after two strong saves from goalkeeper Noelle Frost.

“They have a front field that is just wicked fast and interchanging,” coach Missy Meharg said. “They came out with a dominant energy, and it really took us a while to get into the groove.”

Duke continued to press on for a second goal, with Frost pushing a Leah Crouse effort away. Meanwhile, the Terps struggled to break through the Duke defense, registering one shot in the period.

“We weren’t necessarily connecting amongst various lines,” Frost said, “and they caught us.”

Frost kept the Terps in the game, though, deflecting forward Olivia Sahaydak’s shot away from goal early in the second period. However, Duke’s defense continued to stifle the Terps, who failed to test Steele.

“We had to play wicked hard defense,” coach Missy Meharg said. “I was really impressed with Noelle Frost.”

Senior defender Kelee Lepage whistled a shot wide toward the end of the second quarter, the second of the Terps’ two shots in the first half — by far their lowest mark of the season.

Given the extent by which Duke’s defense shut down Meharg’s squad in the first half, Maryland’s attack had a mountain to climb to get itself back into the game. And with the Terps failing to record a shot in the first nine minutes of the third frame, it looked as if Duke’s one-goal lead would be insurmountable.

And despite a series of tactical adjustments on the fly from the Terps, helping them enjoy more possession in and around the shooting circle, they couldn’t overcome the deficit.

“I think what was neat was that we found a way to put ourselves in position to tie it up or go ahead,” Meharg said. “We changed up how we pressed in the front field and we changed up how we were bringing the ball out of the back.”

Within a minute, the Terps had forced four saves, with Steele saving defender Riley Donnelly’s effort from the point before pushing midfielder Emma DeBerdine’s effort away from the frame and into the path of freshman midfielder Nathalie Fiechter. With Steele out of position, it looked as if Fiechter was going to notch her first college goal and equalize.

But Duke defender Jillian Wolgemuth got in position and pushed Fiechter’s shot away, posting a defensive save in the process. Shortly thereafter, Maryland was awarded a penalty stroke, but again it came to no avail, leaving the Terps goalless in their first loss this season.

“I’m sure we’ll see Duke again when it comes to NCAAs,” Frost said. “It gives us a realistic look at things that we need to work on.”