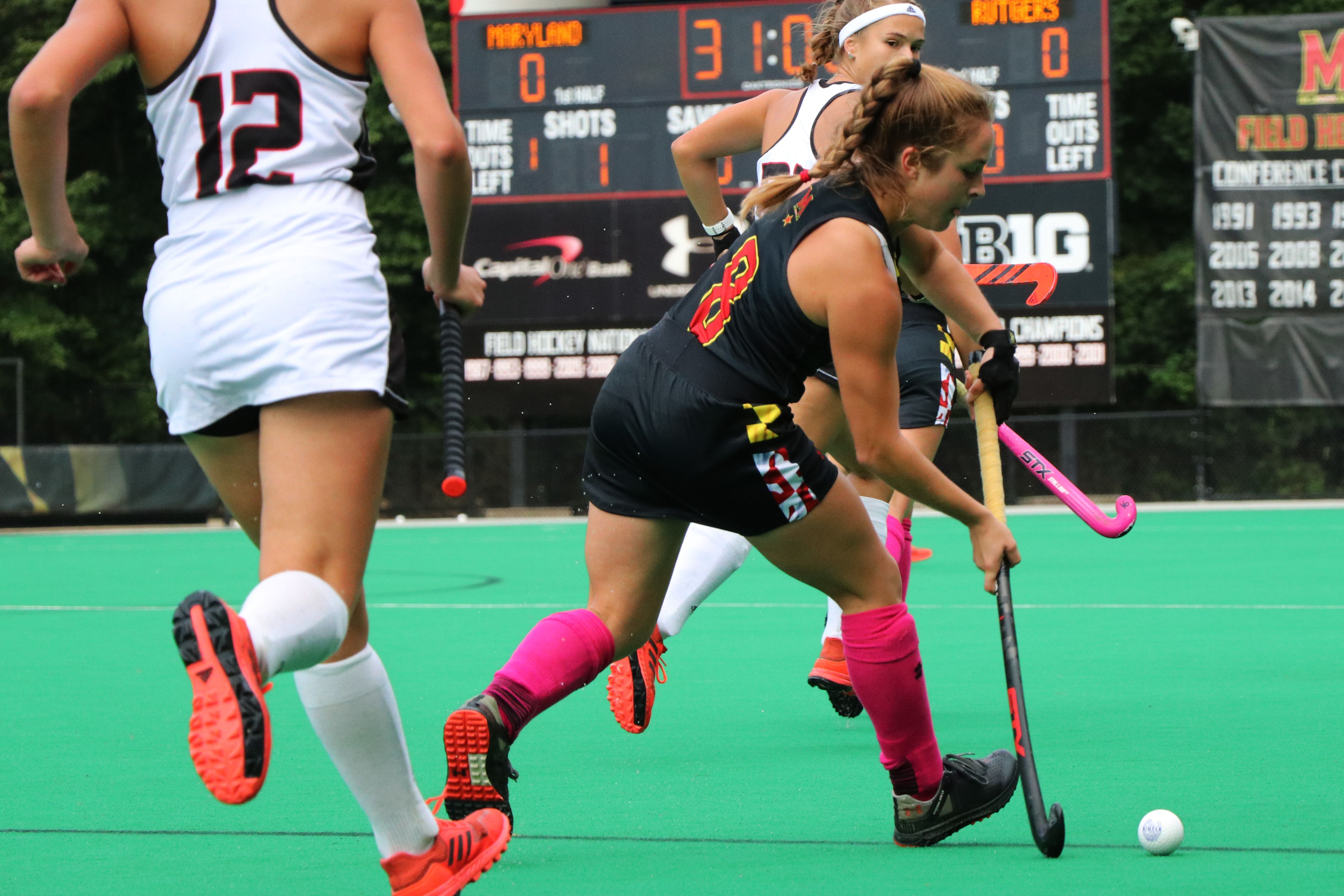 The Maryland field hockey team entered last season’s Big Ten/ACC Cup — an annual two-game competition in which Maryland takes on ACC powerhouses Boston College and Duke — looking to keep the momentum after a series of solid performances during its West Coast slate.

Maryland has a checkered history in the competition, entering last season with a 1-5 record in cup matches. But the Terps impressed then, using their possession-based tactics to create a number of scoring chances. Maryland put away seven goals across its two games, matching its goal total in the tournament from the previous three seasons combined.

So this weekend, when the No. 2 Terps travel to Evanston, Illinois, to take on No. 13 Boston College and No. 3 Duke, Meharg’s squad is aiming to stick to its heavy-possession approach — a style of play that has been especially effective in Maryland’s first two games.

“It was a good start,” junior midfielder Brooke DeBerdine said. “[We were able] to feel each other out before going into a big weekend.”

[Read more: Maryland field hockey is up for the challenge of two ranked foes in “double weekend”]

The Terps (2-0) come into the Big Ten/ACC Cup off the back of decent showings against Richmond and New Hampshire, in which they outscored their opponents 10-1.

However, despite the lopsided scorelines, Maryland is looking to clean up its play heading into the weekend. The Eagles and Blue Devils have the quality to make the Terps pay for any mistakes made in defense.

“I’d like to see us play simpler hockey at times,” Meharg said. “We play such high-risk and high-forward that we have unforced errors. … We’ve got some stuff to work on.”

The Eagles (1-1) face Maryland on Friday, hoping to avenge their 3-2 overtime loss to Fairfield. Despite the surprising defeat, Boston College appears to be a dangerous force, averaging 22.5 shots per game. Meanwhile, the Blue Devils — who the Terps will play on Sunday — rank third in the country with eight goals.

Given the goal threats that both teams present, the Terps will be aiming to limit odd-man opportunities by cycling the ball throughout the midfield and attack.

“[We] just want to play Maryland hockey,” Deberdine said, “Possessing the ball [at a] fast pace, and going ahead when we need to. But all in all, just keeping possession of the ball.”

Similarly, the defense has spent the week working on ball retention, with defenders looking to diversify their passing game to help improve ball movement. Bond said the backline wants to better choose when to go forward on the attack.

While the Terps will face a difficult challenge this weekend, Meharg’s squad is excited by the opportunity to face off against perennial top-25 schools. And armed with an improved possession-based play style, Maryland will be looking to put up another series of strong displays in the Big Ten/ACC Cup.

“I’m just so happy that they’re as good as they are and that’s what we need,” Meharg said. “They’re only going to make us better, [but] we want to win.”