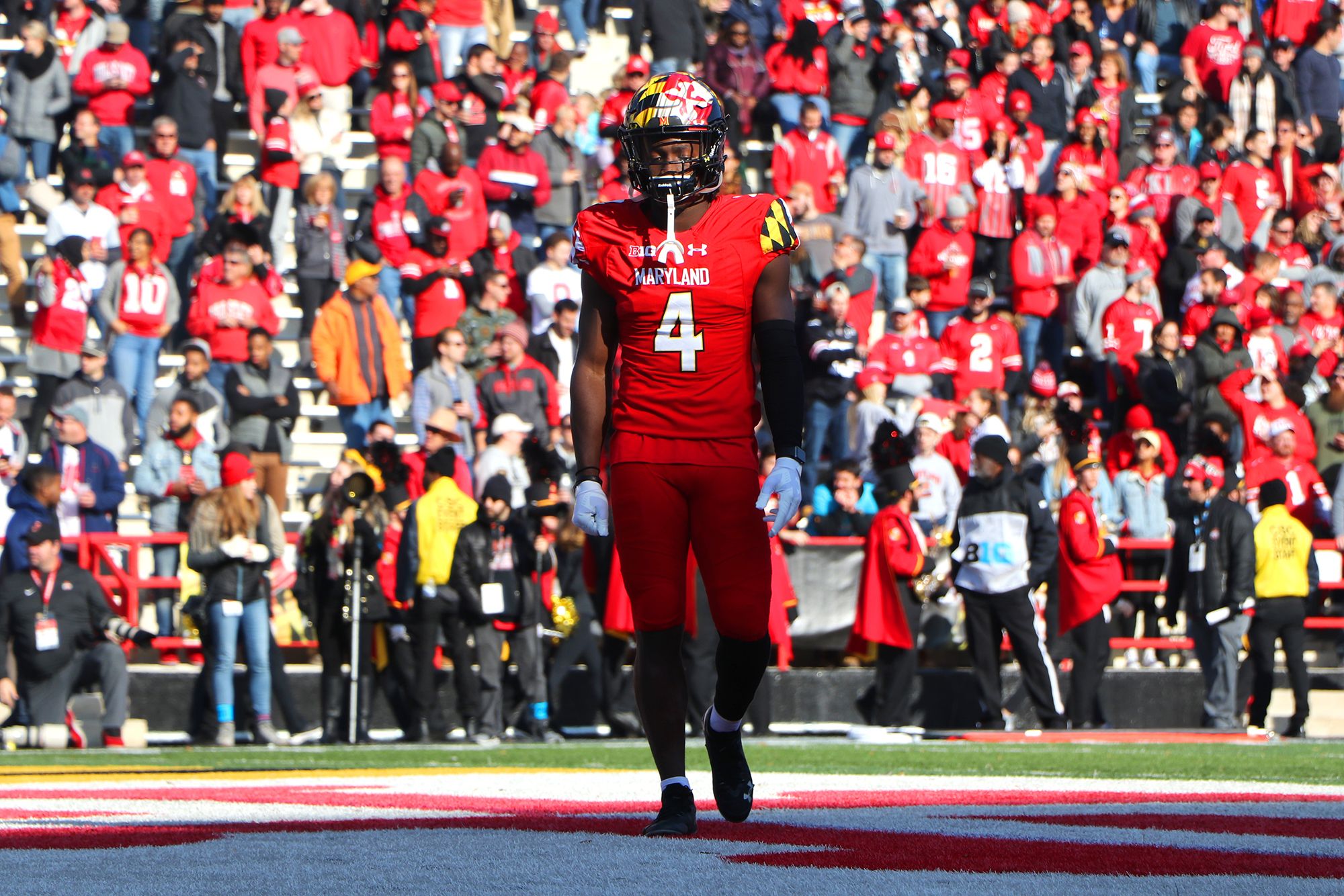 Safety Darnell Savage walks off the field during Maryland’s 52-51 loss to No. 9 Ohio State at Maryland Stadium on Nov. 17, 2018. (Julia Nikhinson/The Diamondback)

After being the first defensive back taken in the 2019 NFL Draft, former Maryland safety Darnell Savage has made his NFL debut. He lined up as a starter for the Green Bay Packers in their 10-3 win against the Chicago Bears to open the NFL’s 100th season.

Savage had a good first NFL game, finishing with three tackles and a pass deflection. Savage had a big impact beyond the box score and was over the field. He recorded multiple quarterback pressures, with some of them nearly resulting in sacks, and came close to hauling in his first interception.

Savage received praise from commentators Al Michaels and Cris Collinsworth multiple times throughout the game for his play and impact all over the field. He even drew a comparison to Baltimore Ravens’ safety Earl Thomas for his potential ballhawk ability. Despite this only being his first NFL game, he looked like a seasoned veteran on the field and figures to be a key part of the Packers secondary as the season moves forward.

“It was fun. I enjoyed my time out there tonight,” Savage said in an interview with Larry McCarren of packers.com. “As a defense, we expect high things from each other and so we expect to come out and play hard and play with good eyes and just play the right way.”