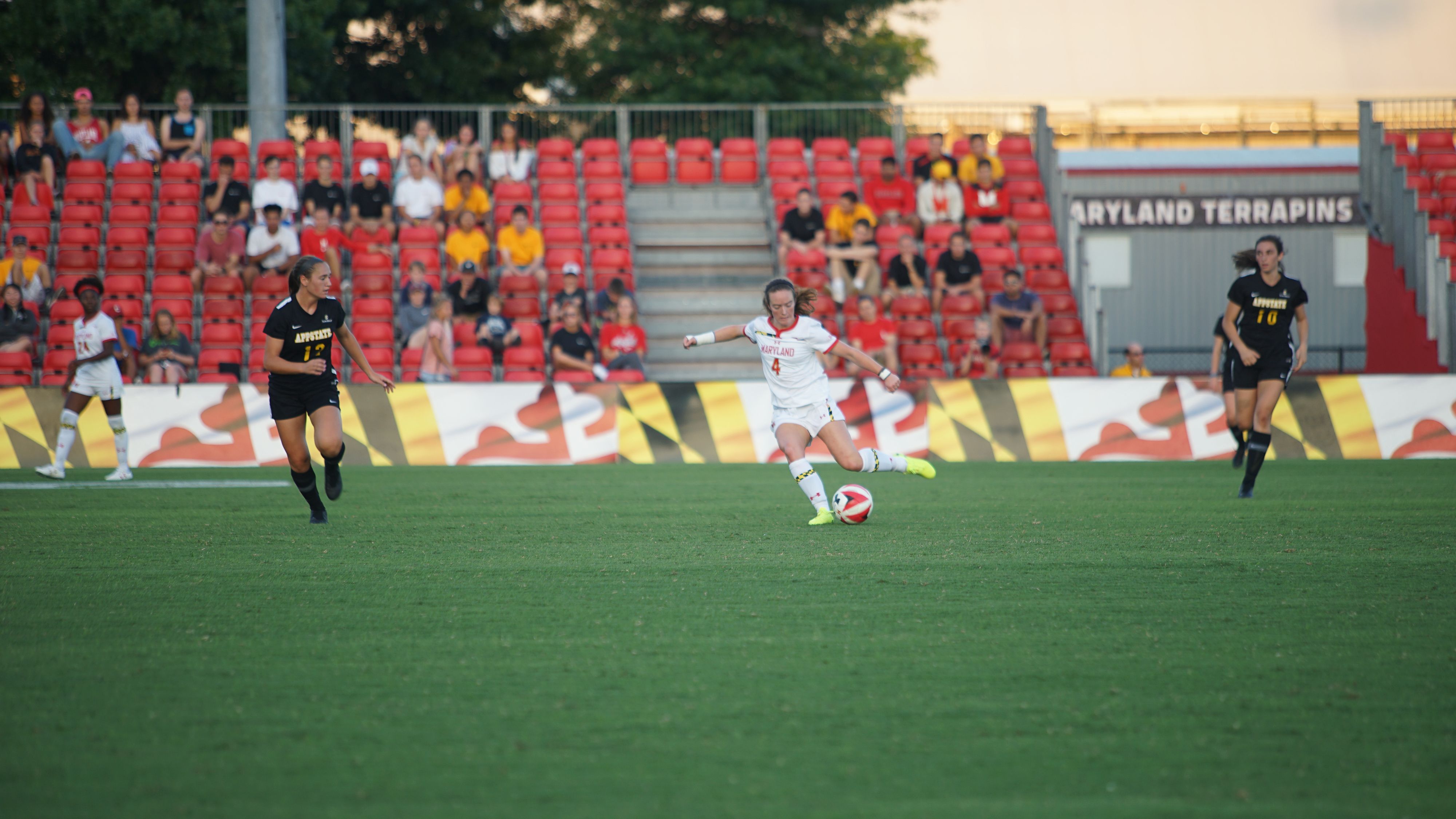 Once midfielder Niven Hegeman was ruled out for the season with an ACL injury, Maryland women’s soccer was forced to reshuffle its lineup to make up for the loss of the senior.

While Darby Moore began the season as an anchor of the defense, coach Ray Leone has since opted to shift her into the midfield in an attempt to fill in the gap Hegeman left, a position she has frequently played in her Terps career.

Despite the first two games of the new arrangement failing to produce a win, Maryland is looking toward its final two weeks of nonconference matchups to further flesh out its depth. Discovering a winning formula to replace Hegeman will be a key component, too.

“Losing Niven was hard on the team,” Moore said. “But I think we’ve got a lot of players that can step up, and we’ve still got players coming back from previous injuries.”

Moore picked out senior Jlon Flippens as one of the players who has stepped up in Hegeman’s absence. Flippens only played in two games last season, but could see a considerable increase in playing time this year.

“Flippens is going to make a big impact on our team,” Moore said. “I’m excited for her to come back. She’s been waiting for it.”

The Terps (2-2-0) now look to remain undefeated at home when they face George Mason on Thursday. The Patriots have yet to pick up a win this year and are coming off a 2-2 tie with Central Florida.

Coming back from a poor showing at the Bulldog Classic in Georgia last weekend, with losses to Auburn and Georgia by a combined 9-0 scoreline, Leone’s squad is still looking to find the permanent solution to losing Hegeman.

“There is no question that Niven’s injury took us hard,” Leone said. “Not only her personally, but what she was doing. We have to sort that out and we obviously didn’t. Her role is very important to solve.”

Maryland struggled to get the ball into the attacking third with the same frequency they did in their first two matches. After attempting 44 shots in wins over NJIT and Georgia Southern, the Terps had 20 attempts last weekend and was unable to break through.

As the new-look defense continues to jell, the group will aim to replicate the performances from earlier in the season. As strong as Maryland’s attack looked in the opening games, the backline held the offenses of Georgia Southern and NJIT to nine total shots.

“We’re always improving even though we did bad on the weekend,” defender Malikae Dayes said. “We’re going to show who Maryland really is. Stepping up, not focusing on the past.”

Leone stressed the importance of winning 50-50 battles in practice this week. Keeping George Mason to as few shots as possible will be the key to their game as the Patriots have scored five goals through three games.

So as the Terps continue to adapt to life without Hegeman, Leone feels Moore’s conditioning and experience could prove vital.

“Maryland has always been defined by grit and resilience,” Moore said. “And no matter how many blows you take, you get back up and you always have fight in you.”