Review: ‘Crown of Coral and Pearls’ tells a tale of sisterhood, love and political drama 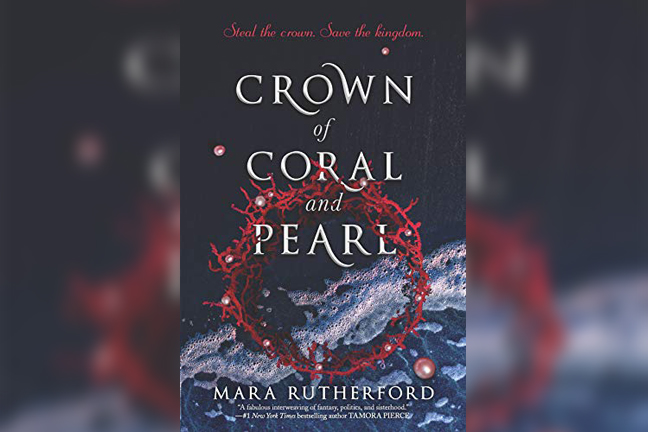 Mara Ruhterford's 'Crown of Coral and Pearl' was released on Aug. 27 (Photo via Amazon).

Mara Rutherford’s Crown of Coral and Pearl tells the tale of a young girl, Nor, who lives in an ocean village called Varenia. For many years, it has been a tradition for Varenian elders to select the most beautiful maiden in the village to go and marry the royal prince of Ilara.

The time has come for the elders to choose an Ilarean princess from Nor’s generation and everyone in the village knows it will be Zadie, Nor’s twin sister. Although Zadie and Nor look very similar, a tragic accident left Nor scarred and therefore not beautiful enough to represent Varenia in Ilara.

When the time comes for Zadie to travel to her new home, she suffers from an injury that makes it nearly impossible for her to make the trip alive. To save her sister, herself and her village, Nor goes in her sister’s place.

The book follows Nor as she discovers the secrets that have been concealed from the Varenians about the lands that surround them and the royal family that rules over them.

[Read more: Review: Elizabeth Gilbert’s ‘City of Girls’ explores the highs and lows of growing up]

I was surprised by how quickly the author was able to draw me into the story and felt a genuine attachment to not just Nor — who is the narrator of the novel — but also Zadie, and their best friend Samiel.

The relationship between Nor and Zadie is one of true soulmates. They are the type of sisters who do everything together and love each other unconditionally. One would think the chance of leaving to marry a prince would have driven a wedge between them and caused a rivalry, but nothing of the sort existed.

The sisters did not compete (although there was no need to once Nor was scarred) nor did they resent each other for their circumstances, which I really loved.

Their mother, however, heavily perpetuated the outdated idea that a woman’s worth was wrapped up in her physical beauty and attention from men. The mother’s character was a mirror to the shallow ideas that unfortunately still plague women today in real life. Though I did not love her character, I appreciate the author for making her that way, because she reflected everything that was broken in their tradition of selecting beautiful maidens to be sent off for marriage.

The storyline and character development felt natural and calculated as Rutherford took her time to develop Nor’s relationships and show readers what life on Varenia was truly like. It did feel a little too slow at times — Nor didn’t meet Prince Ceren, her soon-to-be husband, until about halfway through the novel — but my desire to know what would happen next kept me reading.

The book did lack the suspense that I would have preferred to see in a story like this one. In the synopsis provided by the publisher, two of the most significant plot twists are revealed: Nor’s scar and Zadie’s injury. If Zadie’s injury had been concealed in order to shock to readers later in the novel, the story would have been much less predictable and the pacing of the first half would have felt more suspenseful and interesting.

To anyone interested in reading fantasy or dystopian novels, particularly those that tell coming-of-age stories of young women becoming heroines, I would recommend Crown of Coral and Pearl.