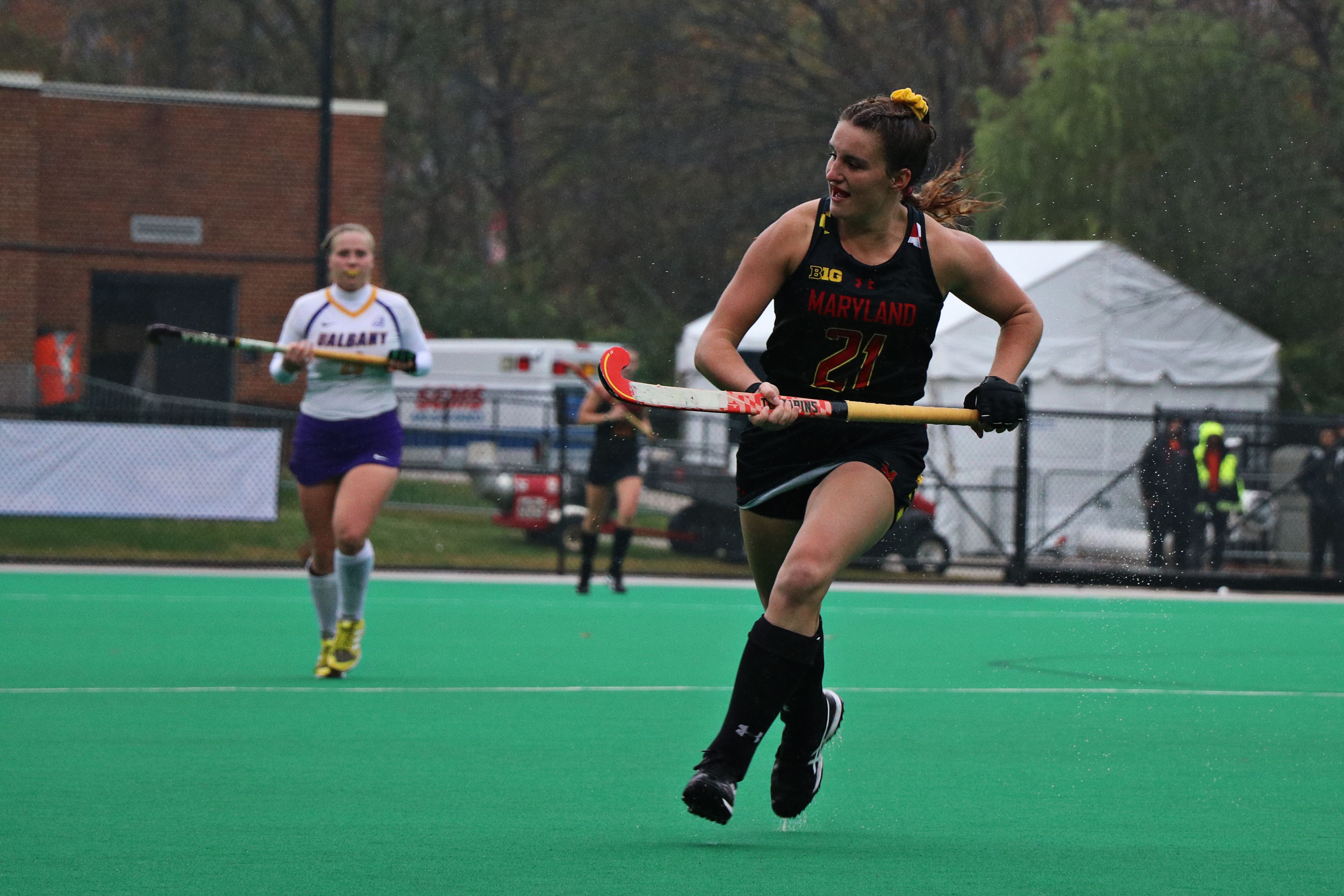 With a defender on her back, Maryland field hockey midfielder Madison Maguire calmly reeled in a pass just outside the shooting circle as time wound down in a November overtime battle against then-No. 5 Connecticut.

The then-junior spun the ball around her marker before firing a low, driven shot past the outstretched leg of Huskies goalkeeper Cheyenne Sprecher, sending the Terps to their 19th Final Four.

Maguire’s tally continued a trend of Maryland midfielders and defenders stepping up on the attack, with about half of the Terps’ goals in 2018 coming from those positions en route to a Big Ten-leading scoring output.

And with forward Linnea Gonzales and defender Nike Lorenz — two of Maryland’s top three goal scorers from last year — now gone, the team will again have to lean on its backline and midfielders to contribute on the attacking front to replace their production.

Throughout preseason, the Terps have been working on ways to combat the losses of their most impactful players from last year. The team has worked with assistant coach Marvin Bam on attacking penalty corners, which give defensive players license to push forward in the hopes of creating a goal-scoring opportunity.

With fewer proven scorers on the roster, Maryland wants to take advantage of any chance to put a shot on frame.

“You always want to [make] sure that on an attack penalty corner, the shot gets off,” Meharg said. “That’s something that we’re going to be super driven by in every training session [and] every game.”

Meanwhile, the coaching staff has drilled the importance of versatility throughout the roster, with assistant head coach Katie Bam pushing midfielders and defenders to get involved in the Terps’ attack.

“Something we do at Maryland is that everyone does everything,” Bam said. “It’s important … [that] if the backs find themselves in the circle, they’re comfortable and … can put the ball in the cage.”

A bevy of talented newcomers will enter the fold on the attack this season, many of whom will be expected to contribute out of the gate. While it could take some time for the offense to get into a rhythm, the team can take solace in the reliability of a proven backline as they adjust.

The Terps bring back three defenders who all made significant offensive contributions last season.

No. 2 Maryland starts its campaign with home matchups against Richmond and New Hampshire on Friday and Sunday, respectively. But with ranked opponents — No. 3 Duke and No. 13 Boston College — on the horizon, Meharg’s squad will hope to find its footing in those first two matchups before a more challenging slate commences.

Still, the offseason departures have hardly fazed the Terps’ coaching staff. The game plan is still to harness the attacking capabilities of its defenders and midfielders, and Meharg and her coaching staff believe their roster is more than capable of filling the void.

“Everyone,” Bam said, “has the ability within them to score goals.”