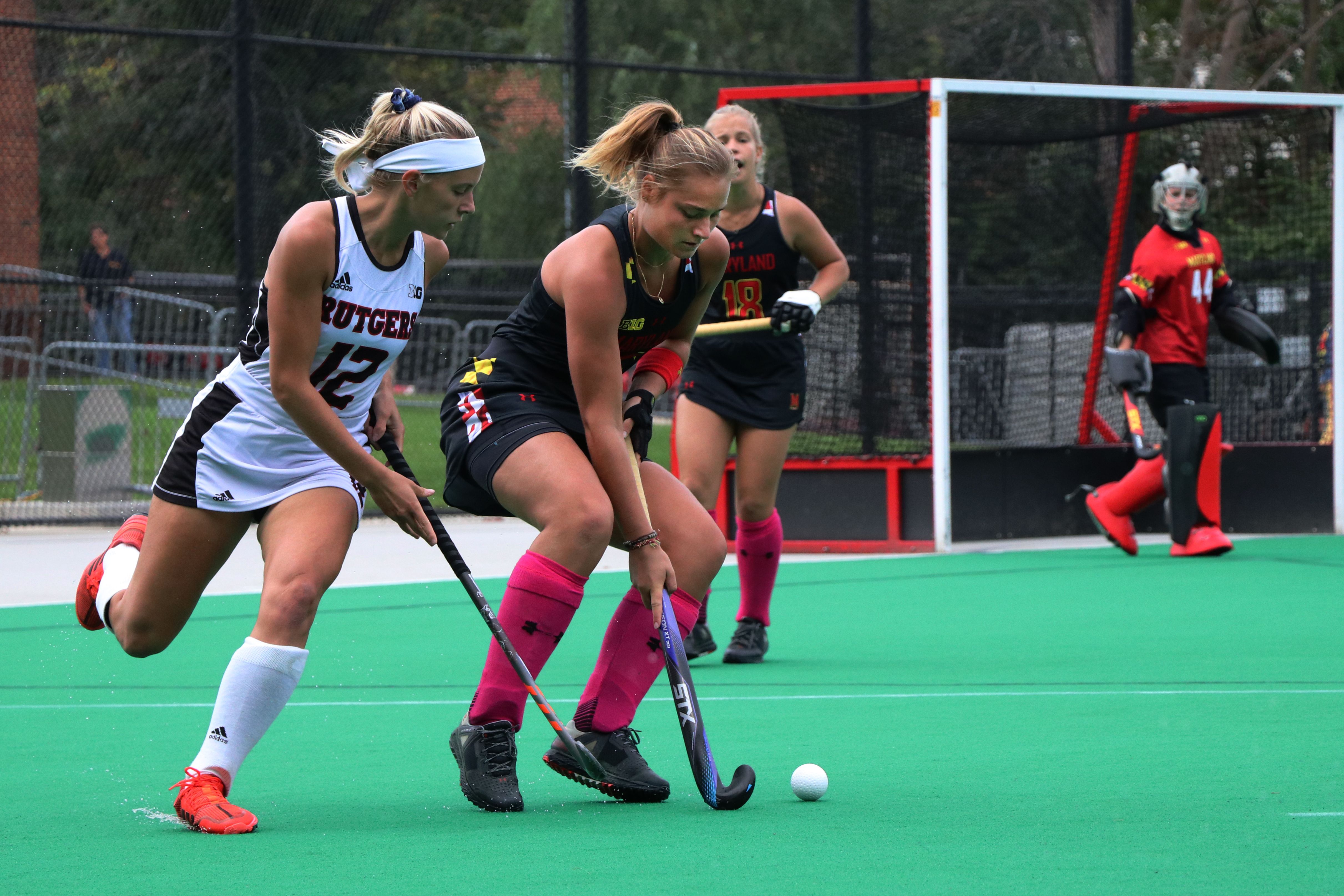 After suffering a second straight defeat in the national championship game last fall, Maryland field hockey felt ready to turn another disappointment into a progression. The Terps wanted to get back on the field immediately and learn from their mistakes.

There was just one problem: the Field Hockey and Lacrosse Complex was set for a $1.5 million turf replacement and was shut down during the spring semester. With their home field unavailable for the first half of the offseason, the Terps had to get creative with their training program.

At times, Maryland traveled to Towson to practice on the Tigers’ AstroTurf field. When that option wasn’t available, the Terps even practiced on infill grass at the Indoor Bubble, a facility near Maryland’s golf course.

Despite the difficult circumstances, the Terps made the most of their training. The team has demonstrated a competitive spirit and flexibility, as Maryland strives to finish this season as national champions.

“[Preseason] has been outstanding,” coach Missy Meharg said. “You can tell their intensity is about winning, … they’re thriving on winning and competing to win.”

Maryland will be looking to replace the production of Big Ten Player of the Year Linnea Gonzales, second team All-Big Ten selection Nike Lorenz and starting goalkeeper Sarah Holliday, all of whom left the program during the offseason.

However, those departures have created opportunities for younger players, who have met the challenge they’ve been presented with.

“I think everyone is stepping up into new roles really well,” said forward Jen Bleakney, who transferred from Syracuse this offseason. “With the depth of our team, I think we’re really growing into positions and filling those [voids].”

Freshmen Belle Bressler and Emma Deberdine have been revelations, posting impressive performances in the offseason to ensure they will play a critical role in Maryland’s midfield this season.

“The two of them really have put us on the front foot in terms of depth,” Meharg said.

And it’s an aspect of the 2019 edition of Meharg’s squad that’s not lost on the older members of the team. The freshmen’s preseason showings have left an impression on the squad’s veterans.

“[They’re] really, really competitive,” defender Bodil Keus said. “[They bring] a lot of energy and it just lifts up our whole team.”

Maryland’s counter-attacking style of play requires that players are at peak fitness levels, with all 10 outfield players bringing energy. But it also opens opportunities for rotation players to make a mark.

“We want to play really fast, attacking hockey,” Meharg said. “We want to be able to stretch the field out and up so fast that the defense can’t even counterdefend.”

Maryland faces a tough schedule, including 10 teams that finished in the top 25 last fall. After starting their season with two home matchups against Richmond and New Hampshire, the Terps will host perennial ACC powerhouses Duke and Boston College in the Big Ten/ACC Cup.

With many talented opponents coming up, it will be imperative for the Terps to bring heightened energy through the first few games of the season. However, with ample depth and a commitment to competition, Maryland will be in a prime position to return to the pinnacle of the field hockey world.

“We have so much talent on our team,” Bleakney said, “With the incomings and the returners — [it’ll be exciting to see] just what that plays out to be this season.”