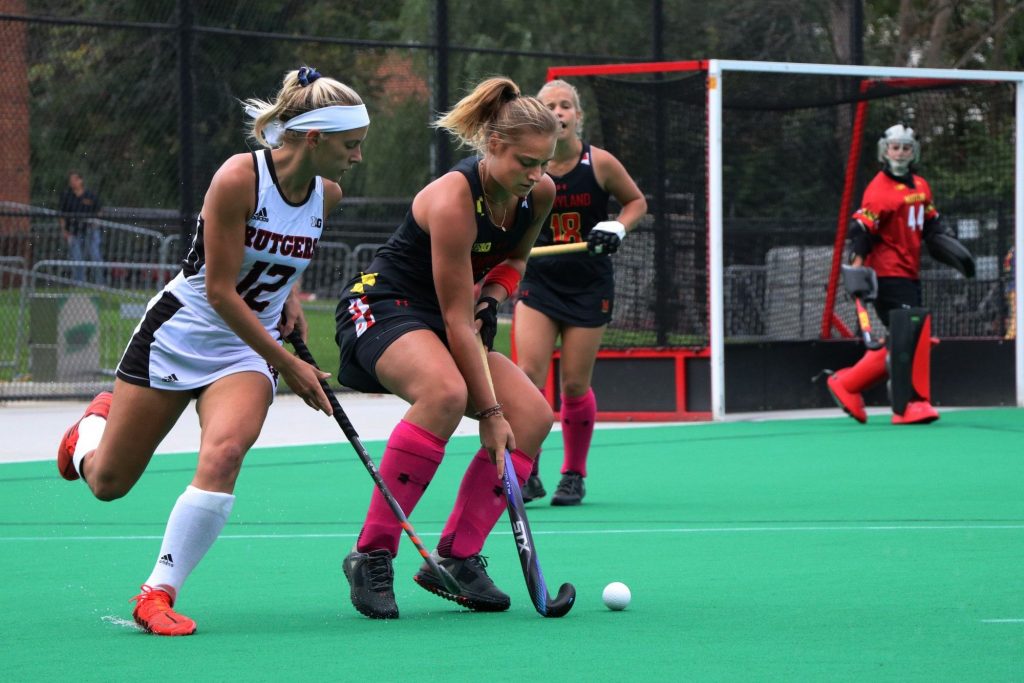 Bleakney, a graduate transfer from Syracuse, tallied five goals and four assists in her last season with the Orange and was recently named one of the Terps’ co-captains, along with Keus.

Maguire has improved her point total in each of her three seasons at Maryland, with the then-junior scoring seven goals while adding a team-leading 12 assists in 2018 en route to NFHCA All-Mid Atlantic Region honors. Maguire also scored the decisive overtime winner against No. 5 UConn that sent Maryland to its 19th Final Four.

Keus impressed in her sophomore campaign, notching nine goals and seven assists while serving as the linchpin to a defense that conceded 33 goals in 25 games. She was named the Big Ten Defensive Player of the Year and a first-team All-American.

Missy Meharg’s squad is aiming to win its first championship in eight seasons after losing in the NCAA final in each of the past two years. Last season, the Terps were defeated by current No. 1 North Carolina, 2-0.

The Terps will enter the 2019 campaign as the No. 2 team in the country, according to the NFHCA preseason poll.