As it embarks on title defense, Maryland men’s soccer is embracing another tough schedule 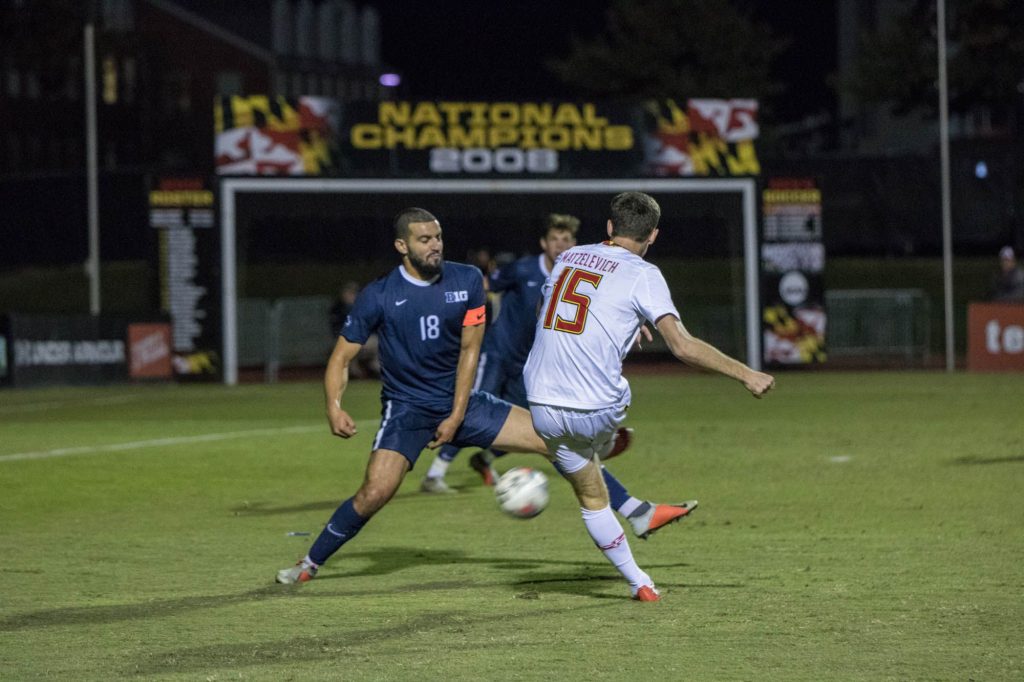 After a loss to Albany in penalties in the first round of the NCAA tournament abruptly ended Maryland men’s soccer’s 2017 season, coach Sasho Cirovski called a team meeting.

He gathered his team, challenging the returning players to get back to the heyday of Maryland soccer in 2018. To further that challenge, Cirovski compiled a rigorous nonconference schedule, featuring seven teams that would go on to appear in the NCAA tournament.

Five matches into last season, all against eventual tournament teams, Maryland sat at 1-2-2. But Cirovski’s squad remained undeterred and embraced the arduous journey, which culminated in a national championship and a resurgence of the Maryland soccer’s dominance.

In an effort to return to the pinnacle of college soccer with a renewed identity of defense, connectivity and attacking mentality, the 26th-year Maryland coach didn’t hesitate to test his squad once again with another demanding slate in 2019.

“The returning core group of guys understand what it takes to go through a really tough season and be in a position to contend,” Cirovski said. “We feel that we have the character on this team — and the talent — to have another successful year.”

The schedule includes fixtures against six teams ranked in the top 25 of the United Soccer Coaches’ preseason poll.

As was the case a year ago, Cirovski isn’t allowing his team to ease into the season. Upon beginning the regular season on Thursday, the Terps play USF, who Cirovski projects to be an NCAA tournament team; Virginia, ranked No. 12 preseason; a road game against cross-country rival UCLA, who’s receiving votes just outside of the top 25; and Akron, ranked No. 3 and the runner-up of the 2018 College Cup.

“That’s a pretty tough four opening games, and I think it’s going to give us a really good gauge of where we are,” Cirovski said. “Certainly we want to try to score goals and win games, but we also want to make sure we’re figuring out areas we have to get better in, and I think these games will give us that platform.”

When Maryland’s schedule begins to turn primarily to conference play, the quality of its opponents remains high.

Meetings with preseason No. 2 Indiana and No. 7 Michigan State complete the trio of other final four teams last year the Terps will play this season. Meanwhile, Michigan is rated as the No. 24 squad entering the season.

“The Big Ten in general is a super deep conference,” defender Ben Di Rosa said. “Every Big Ten game’s a fight and a battle. … It’s a tough schedule, but that always helps in the long run to be ready for those playoff games when it’s do or die.”

[Read more: After departures, Maryland men’s soccer will rely on new faces in 2019]

Before the schedule was completed and revealed to the team, preparation for another expected grueling slate was already underway.

Workouts and scrimmages in the spring allowed the vastly overhauled roster to refocus and come together after a multitude of departures from the title team.

“Even before the schedule was put out, we were off a really big high of winning the natty and then we put in some really good work in the spring,” forward Eric Matzelevich said. “We’re still using that momentum from the spring, and then also that really tough schedule we have, to propel us to have a deep run again.”

If Matzelevich and his teammates want to feel that same euphoric feeling again in 2019, they’ll have to successfully navigate another one of Cirovski’s obstacle-filled schedules.

But for Cirovski, that quest is what makes the feeling all the more special in the end.

“The process is more important than the goal,” Cirovski said. “The journey is where the joy comes from.”