After departures, Maryland men’s soccer will rely on new faces in 2019 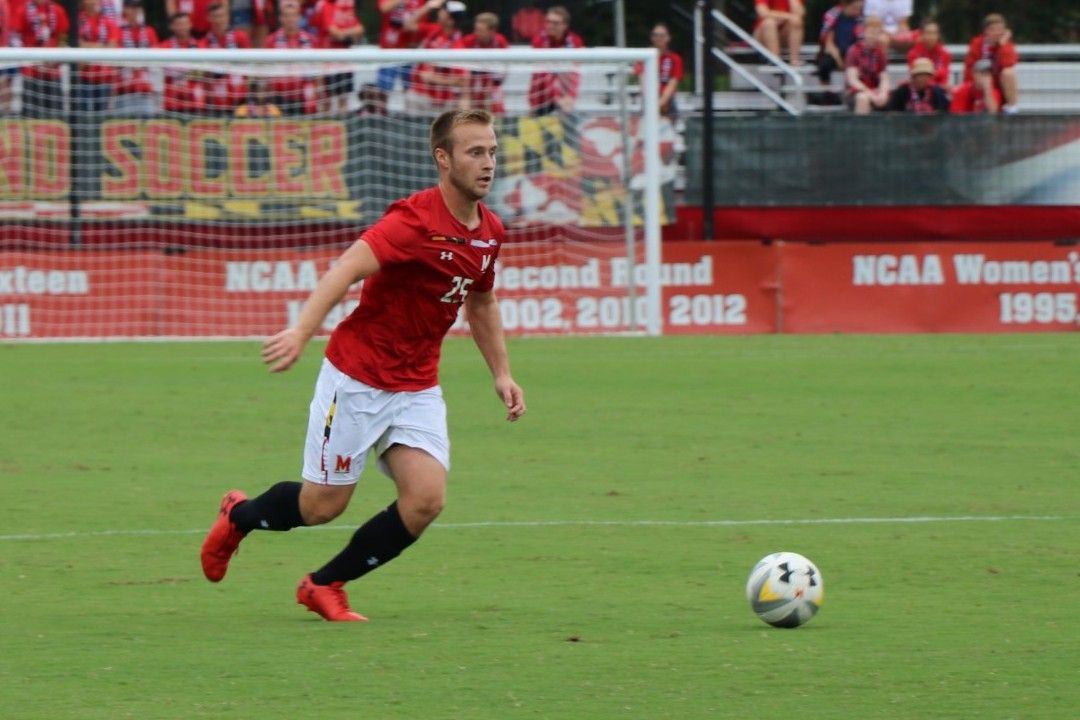 About two months after Maryland men’s soccer claimed its fourth national championship in program history, players set to return for the 2019 season reconvened in College Park for the spring semester.

When they arrived, there were a number of missing faces from the College Cup victory celebration. Four prominent figures from the 2018 title run had just been selected in the Major League Soccer SuperDraft ahead of the spring semester, and another signed as a homegrown player.

Yet, through those departures — along with another six players leaving — the returning Terps decided to refocus their mindset for the 2019 season on forging their own legacy with a freshly overhauled roster.

“We know how hard it is to win a national championship,” defender Ben Di Rosa said. “We think that we can come in and be a really strong group and build our own chapter of Maryland soccer.”

Midfielder Amar Sejdic, defender Donovan Pines and forwards Sebastian Elney and Vinicius Lansade — all of whom left in the offseason — scored half of Maryland’s goals last season.

And for the first time since Dayne St. Clair, who is now in the MLS, debuted en route to his 42 consecutive starts for Maryland, uncertainty shrouds the goalkeeper position.

Coach Sasho Cirovski said Wednesday that redshirt freshman Russell Shealy and true freshman Niklas Neumann emerged from the open competition as the final two options vying for the starting spot in goal. In his 26th year coaching Maryland soccer, Cirovski is also entertaining the possibility of using a committee approach into the season until a starter materializes.

Regardless of who Maryland’s goalkeeper will be, the team will have to fill holes in its backline that helped post five-straight shutouts in the NCAA tournament and served as the cornerstone of the team’s success in 2018.

Chase Gasper, along with Pines, also departed for the MLS, leaving two spots open on the backline alongside returners Johannes Bergmann and Di Rosa.

“I feel good about the backline. They’ve done well in preseason so far [and] had a really good spring,” Cirovski said. “I think we’ll be fine there. Obviously you don’t replace a kid like Donovan Pines one-for-one, so we’ll have to do it by committee.”

On the attacking end of the field, the Terps already had holes to fill, a task that only became more difficult when forward Paul Bin tore his ACL during training this month. Bin, who was set to be one of the team’s top returning scorers with four goals and three assists last season, will miss the entire 2019 season but will redshirt to retain a year of eligibility.

“Paul’s a unique player. He plays with an incredible amount of enthusiasm and energy,” Cirovski said. “He’s the fastest guy on our team, so he can stretch defenses and get in behind people. He also epitomizes how we want to press on the defensive side of things. On top of all that, he’s becoming probably our most inspirational leader. That’s a lot to lose.”

With Bin sidelined, midfielder William James Herve assumes his role as the team’s top returner in the attacking third of the field after a successful freshman campaign with four goals and three assists.

Midfielder Eli Crognale and forwards Eric Matzelevich and Justin Gielen — who was an All-American while playing at nearby DeMatha Catholic High School — all figure to see increased opportunities to contribute after occasional goal-scoring in 2018.

Senior forward Luke Brown will be in the mix, too. He has attracted the attention of teammates and coaches after transferring to Cirovski’s program from Hofstra, where he scored 17 goals over three seasons.

Cirovski thinks the influx of the 13 new faces may evoke a perception around the country that those arrivals will have a difficult time assimilating into Maryland soccer’s winning culture.

“There’s a lot of people that are questioning whether we’ll be representative of Maryland soccer this year,” Cirovski said. “And I think this group is eager to answer everyone that they will be.”

Despite his beliefs on expectations for his team, the preseason United Soccer Coaches poll had his squad ranked first in the nation entering this season.

Still, Cirovski reminds his team that accolades like those are nice rewards for what happened last year, and preseason rankings aren’t reflective of what will take place.

His returning players know that best, after winning a national championship following an unranked start to the season a year ago.

But rather than trying to prove that its run from an 0-2-2 start to a title wasn’t a fluke, this group is embracing the journey lying ahead — one that begins with a No. 1 ranking next to its name.