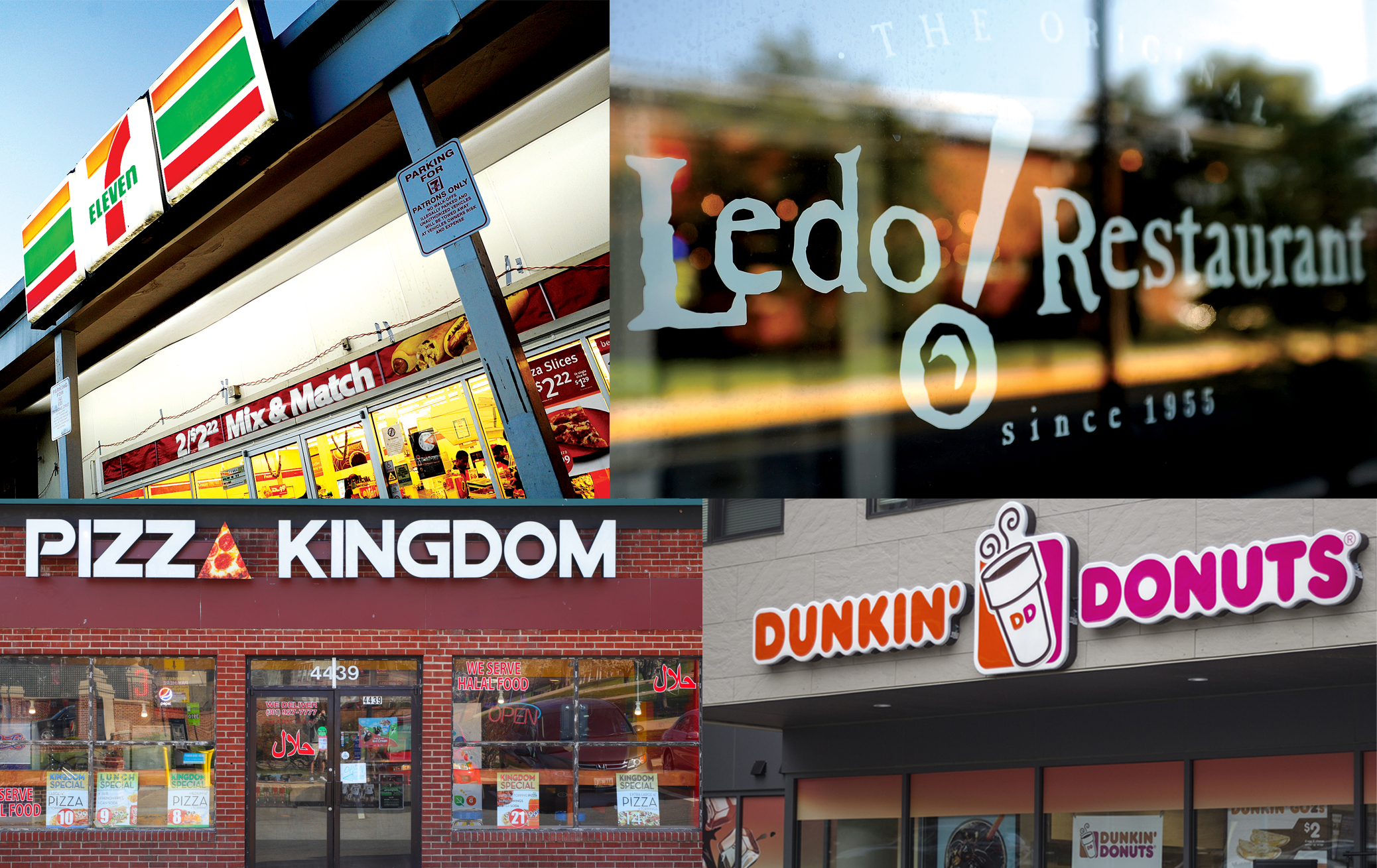 A dozen food service facilities, including Pizza Kingdom, the Dunkin’ Donuts at Terrapin Row and Looney’s Pub, earned critical violations — which county inspectors consider the most serious type of infraction, as they can lead to foodborne illness. Facilities must correct these violations immediately or close until the issue is resolved.

Less serious infractions — violations of “good retail practices,” such as unsanitary conditions — must be corrected within 30 days.

Food service facility inspection details were obtained by The Diamondback through a public information request.

No restaurant besides Dunkin’ Donuts responded to requests for comment.

Inspectors found chicken strips, chicken breast and shrimp at Looney’s Pub exceeding the maximum holding temperature for longer than four hours on June 3. All three items were thrown away, according to the report.

The inspection also found mouse droppings in the utility closet near the food prep area, and “a heavy accumulation of soil and debris” throughout the food prep and dish areas, according to the report. The inspector also found there was no soap available at the handwash sink for the bar server station.

On June 19, inspectors found a critical violation when a pan of tuna salad had measured more than 41 degrees for more than four hours — the maximum safe temperature food can be safely stored, according to state code. The tuna salad was discarded to correct the issue, according to the report.

The inspection also found “a heavy accumulation of grease and dust” at the pizza oven’s hood and between the cooking equipment and pizza oven — a good retail practice violation. Pizza Kingdom did not respond to an emailed request for comment or interview beyond asking for the reporter’s phone number.

The milk, cream cheese, cheese and ham in the reach-in refrigerator all exceeded the maximum cold holding temperature for longer than four hours during a June 18 inspection of the Dunkin’ Donuts at Terrapin Row and were discarded, according to the report.

The inspection also found the reach-in refrigerator was not working properly, ceiling tiles were missing in the back room and the probe thermometer was not functioning due to a dead battery — all items that were resolved during a follow-up inspection on July 2, according to the report.

Usman Chaudhry, the location’s owner, said the ceiling tiles were removed to correct an air conditioning issue, and said his restaurant tries to meet and exceed the standards of both the health department and Dunkin’ Donuts’ corporate office.

“We try to pass all those markers and you know, continue to hold ourselves to a higher standard than all the others ask of us,” he said.

On July 23, the county conducted an inspection of Ledo Restaurant after a complaint about the restaurant’s sanitary conditions.

The inspection found unclean floors, walls and ceilings, and employees not wearing hairnets. In addition, “the facility was not being maintained in a clean or sanitary manner and the kitchen was observed not kept in the same manner,” according to the report.

A comprehensive inspection found chicken and pepperoni on the pizza prep table exceeding the maximum cold holding temperature. These were moved to another cooler to be rapidly chilled.

A June 26 inspection of the location at 8905 Rhode Island Ave. found the condiment refrigerator was not working properly. Hot dogs and taquitos inside exceeded the maximum holding temperature. The inspection also found no soap was available at the handwash sink behind the counter or in the employee bathroom.

A follow-up inspection on Aug. 1 found the refrigerator was still not functioning properly. An additional inspection was scheduled for after Aug. 15 to determine if the unit was repaired or replaced, according to the report.

Inspectors found the cold-top refrigerator, where the hot dogs and taquitos are prepared, was not working properly at the location on Route 1 near Guilford Road on Aug. 8. All items inside had exceeded the maximum cold holding temperature for more than four hours and were discarded, according to an inspection report. A follow-up inspection on Aug. 16 found the table was repaired and was working properly.

An Aug. 16 inspection of the 7-Eleven location near the intersection of Route 1 and Berwyn Road found the condiment refrigerator not to be working properly, and the hotdogs and sausages inside to have exceeded the maximum cold holding temperature for more than four hours. They were discarded.

A June 18 inspection of Qu Japan found the refrigerated prep table wasn’t functioning properly. The pork and tofu were moved to the walk-in cooler to be chilled, as they exceeded the maximum cold holding temperature for less than four hours, according to an inspection report.

The inspection also found one of the customer bathrooms did not have hand soap.

Several violations were found at Sardi’s Catering during a June 13 inspection. One employee hadn’t washed their hands after handling raw beef, although they changed their gloves, an inspection report read.

Mouse droppings were also found in the utility closet and throughout the dry storage room, as well as its bathroom, according to an inspection report. Food in the reach-in refrigerator was found to be improperly stored.