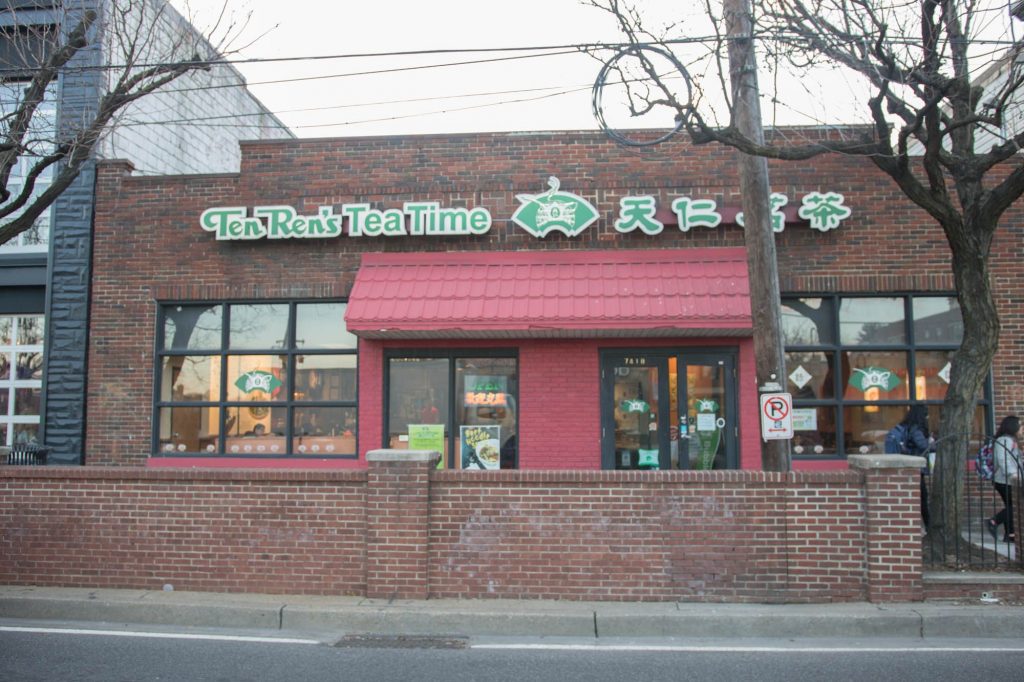 Over the past 30 days, the department cited 16 city food service facilities for health code violations, six of which were critical violations — the most serious infractions, which can directly cause foodborne illness. Those violations must be corrected immediately while a county inspector is on-site. Otherwise, the facility is closed until the issue can be resolved.

After a visit from a county inspector on Feb. 27, Ten Ren’s had to close “due to an excessive amount of mice activity observed within the store,” according to an inspection report obtained by The Diamondback through a public information request.

But on its Facebook page, the bubble tea restaurant said it was closed “due to kitchen technical issues” and would re-open the next day.

Ten Ren’s did not respond to multiple requests for comment.

“Droppings were observed throughout the store in great abundance and on surfaces near the food prep area (microwave racks, shelving, in the dry storage areas),” the report states, adding that a possible entry point was located near the women’s bathroom.

The store remained closed, though the business attributed the extended shuttering to “Kitchen Renovation and Spring Cleaning” in a March 1 post on its Facebook page. It didn’t reopen until March 4 — the date inspectors filed a re-inspection report saying they found no evidence of mice and allowed the store to open its doors once again.

During a March 6 inspection, Bentley’s was cited for a critical violation for chicken, steak and sliced tomatoes being held above maximum temperature — 41 degrees Fahrenheit — on the refrigerated prep table.

The report states the food was moved to the walk-in refrigerator. Since the food wasn’t outside the appropriate range for more than four hours, it didn’t have to be thrown away.

Inspectors also found a dead mouse near the soda syrup racks and mouse droppings throughout the facility, according to the report.

The inspection report didn’t detail what was immediately done to fix those issues.

R.J. Bentley’s did not respond to multiple requests for comment.

Cluckster’s was also cited for a critical violation of food being held above temperature.

Cheese was held above the maximum temperature for more than four hours, and the manager discarded it, according to a March 4 inspection report.

Inspectors also found several insecticide sprayers and cans of Raid throughout the facility, and noted that the “application of pesticides must be conducted by a licensed professional.” This was just a “good retail practice” violation, which is a less serious designation, according to inspection forms.

Cluckster’s did not respond to multiple requests for comment.

During a Feb. 25 inspection of Mamma Lucia, one employee “was observed not removing their gloves and washing their hands after handling raw chicken and then engaging in other food prep activities,” which is a critical violation.

The report also found that all employees lacked hair restraints, a personal soda was stored in the ice bin, a deep pan was used as an ice scoop and lettuce and raw chicken wings were being stored uncovered in the walk-in refrigerator.

Restaurant owner Jimmy Constantinou wrote in an email that he “took care of everything I needed to take care of.”

A Feb. 26 inspection of the Sabra Deli at Maryland Hillel found one critical violation — cooked steak and rice being held above the maximum temperature.

Inspectors also found a box of melon being stored on the floor of the walk-in refrigerator, which was then relocated.

John Gallagher, the general manager of campus services at Hillel, said they had received two deliveries that morning, and the delivery person moved both items.

“We try to keep on top of those things, but every once in a while a delivery guy leaves something on the counter — he knows he shouldn’t have put it out there but he did,” Gallagher said. “Sometimes things happen.”

Inspectors found ham, feta cheese, diced tomatoes and diced cucumbers being stored above the maximum holding temperature. The ham was placed in a blast chiller for cooling and the other items — found at the Jalapeno Grill — were put on ice.

Dining Services spokesperson Bart Hipple could not immediately be reached for comment, but a March 4 re-inspection found that the cold well unit was functioning properly.

A March 8 inspection of Potbelly Sandwich Works noted mouse droppings were found throughout the facility, which was a good retail practice violation. Potbelly was cited for the same violation during a September inspection.

Potbelly did not respond to multiple requests for comment.