Sexually fluid cast of MTV’s ‘Are You The One?’ shows surprisingly strong representation 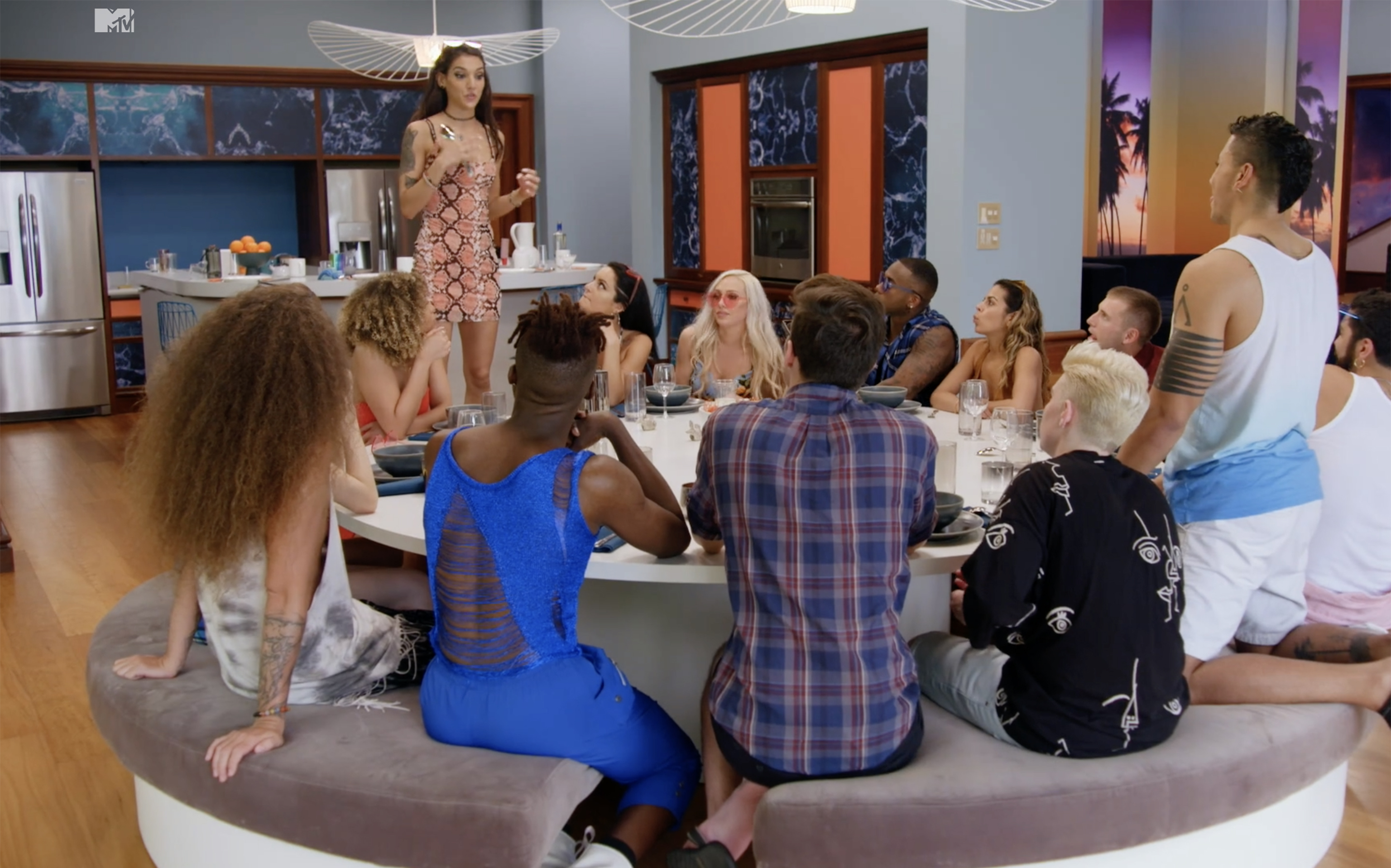 The contestants of 'Are You The One?' introduce themselves in the season 8 premiere. The new 16-member “sexually fluid” cast means that, theoretically, anyone could be attracted to anyone.

If you’ve ever wondered what the love child of a reality dating show and a logic puzzle would be, look no further than MTV’s Are You The One? And this year, the puzzle is getting even harder.

Here’s the premise: Showrunners secretly pair a bunch of 20-somethings who suck at dating into “perfect matches” based on their historical dating flaws. Contestants then spend 10 weeks mingling in a swanky mansion — this season, in Hawaii — trying to figure out all of the correct “perfect” matches.

Every week the contestants pair off, and host Terrence J shows them how many matches they have right. If they deduce the correct combination of matches within their 10 tries, they win a collective $1 million.

It’s like a giant, messy game of Mastermind — and it makes for great television.

Season 8 promises to be even more complicated — the new 16-member “sexually fluid” cast means that, theoretically, anyone could be attracted to anyone. In fact, the tagline of the entire season is, “The one could be anyone.”

We’ve never really gotten a chance to see this before. There have been LGBTQ+ moments on reality TV, such as Love Island’s two-girl coupling in 2016 or when two contestants on The Bachelor Vietnam left with each other. But for the most part, dating shows just aren’t that queer.

To be fair, this change might just be because MTV is sick of giving out a million dollars every season. There’s only been one season where the cast has gone home fully empty-handed — and this set-up makes figuring out the eight perfect matches exponentially harder.

And I will admit, when I first saw this season’s trailer, I was skeptical. A TV show suddenly changing its premise to feature LGBTQ contestants, premiering near the end of a Pride Month that has been repeatedly called too corporate? It’s all a little too perfect. But MTV has proved that this change means more to them.

MTV provides educational resources on the show’s webpage linking to GLAAD’s website as well as information about bi-erasure. And, maybe most importantly, they’ve maintained the essence of the show.

[Read more: Chick-fil-A is still donating to anti-LGBT groups. Why are people still eating there?]

Over the course of the June 26 premiere, we got to witness three dates, two trips to the “Boom Boom Room,” several tearful confessionals, and — already — two “I hate this show”s. All classic Are You The One? moments.

But we’ve also gotten to experience a lot of firsts.

Two contestants used the show as a way to come out to their friends or family. Clinical psychologist and “relationship expert” Dr. Frankie joined the group to help the contestants grow and learn from their mistakes, instead of just leaving them to flounder on their own. And, in a standout scene, one trans-masculine contestant took his potential perfect match aside and asked for moral support as he injected his testosterone.

It’s these moments that make this season of Are You The One? important. Yes, these contestants are giving us the drunken makeouts, twerking and explosive arguments we all came to MTV to see. But there’s also a vulnerability to the cast that shines through and gives the show more heft than it’s had in the past.

This LGBTQ visibility is exciting. And I welcome it, even if it makes the puzzle that much harder.