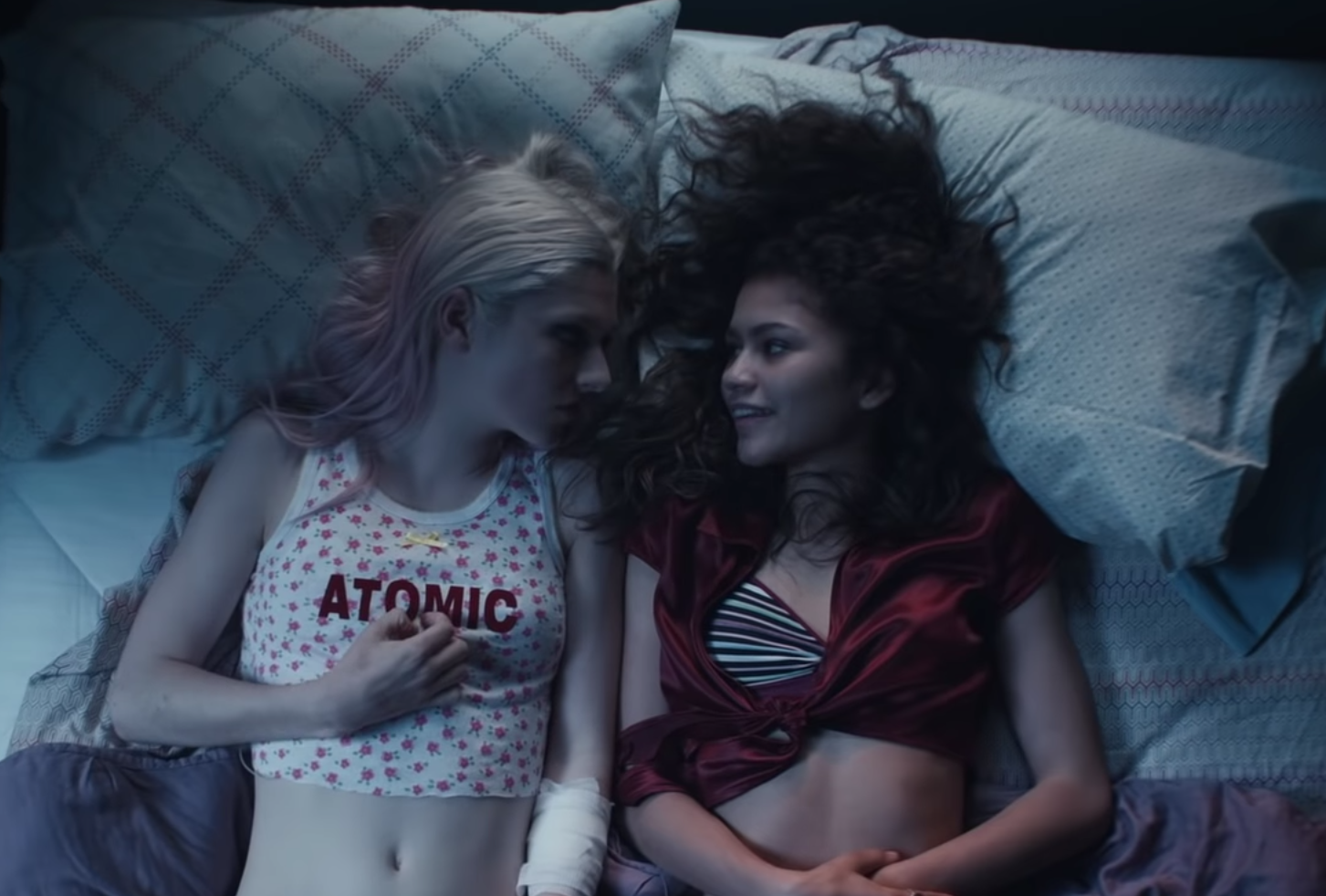 After the inevitable end of Game of Thrones, HBO’s new drama series Euphoria continues to feed viewers their Sunday night dosage of vulgarity, hardcore violence and flashing genitalia. Despite the show’s intensity, Euphoria also offers visually stunning cinematography and superb acting, which leaves viewers engrossed in a world made up of their wildest dreams — and nightmares.

The show follows 17-year-old Rue Bennett, portrayed brilliantly by Zendaya, as she returns to school after a summer in rehab. As she continues to purchase, snort and swallow a concoction of drugs, Rue also deceives her mother into thinking that she’s clean by cheating her way out of drug tests.

Rue has a somber personality but yearns for happiness in her life. The only real bits of joy we see from Rue are when she’s high or spending time with the new girl in town, Jules (Hunter Schafer).

[Read more: If you only watch one episode of ‘Game of Thrones,’ check this one out]

Just like many Gen Z-ers today, Rue is just a complicated teen living a complicated life in a complicated world, and she’s surrounded with equally complicated friends and classmates. Jules is a transgender teen who avidly uses Grindr-like hookup apps. Nate Jacobs (Jacob Elordi) suffers from anger issues and Kat Hernandez (Barbie Ferreira) wants to explore her sexuality while struggling with body issues.

Scenes of a brutal statutory rape and a vivid drug overdose makes this show extremely difficult to watch. Even Zendaya cautioned viewers that the first episode was the mildest episode of the season. After watching episode two, I agree with her.

These scenes could have been portrayed in a less gut-wrenching manner while still capturing the pain each character endured. Maybe I was supposed to feel their pain as I watched them suffer? Maybe I was supposed to feel angry about the lack of understanding older generations have about Gen Z? But unfortunately, these scenes just left me feeling incredibly uncomfortable.

[Read more: An ode to the British TV shows that got me through this semester]

However, the show’s high-quality acting and cinematography are bright spots. Zendaya’s maturity as an actress is evident in her portrayal of Rue. She brings all of Rue’s complications to life and artfully humanizes her despite how monotonous and lifeless she is most of the time.

In one visually breathtaking scene, varying shades of red, blue and pink hues flash across Rue’s face as she experiences her first high. The focus is only on her facial expressions as she first experiences pain, then confusion and finally, euphoria.

Overall, Euphoria is just another show about a crazy bunch of high school teens. It’s provocative, reckless and uncomfortable at times, but that’s what makes it entertaining. Euphoria manages to capture a different and darker type of teenage story, one that many are not familiar with. It’s beautifully crafted, and I’m looking forward to Sunday’s episode.

Review: James Wan commits to his horror roots in ‘Malignant’

Review: ‘Star Wars: Visions’ has everything a Star Wars fan could want