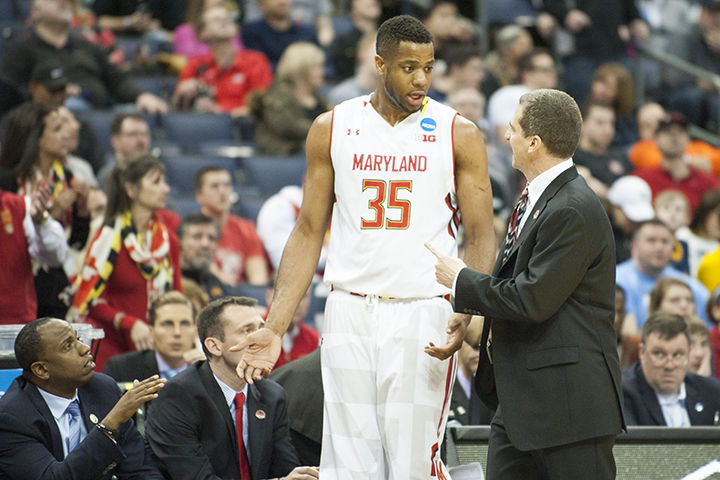 Dodd is accused of raping a University of Maryland student at a Terrapin Row apartment in the early morning hours of Nov. 1, 2017, after drinking at Terrapin’s Turf hours earlier. He was charged with second-degree rape and assault in July.

The state alleged Monday that Dodd took advantage of the accuser — who maintains she did not consent to sex — while she was drunk. Dodd’s attorney, Thomas Mooney, argued there were discrepancies in the accuser’s multiple statements to police, claiming that she never said no to Dodd despite feeling “uncomfortable.”

Assistant state’s attorney Vernon Brownlee opened by pointing out Dodd’s numerous privileges on campus as a main piece in the Terps’ lineup from 2013 to 2017.

“One privilege he did not have was taking away [her] right to choose,” Brownlee said.

Video shows the accuser and Dodd at Turf before the alleged rape. Brownlee said that the accuser had gotten into the bar with a fake ID and had done cocaine while there — but emphasized that the accuser’s decisions that night should not be judged in the same way as Dodd’s.

Mooney said in his statement that the accuser “clearly had her eye on Damonte” at the bar, and that she approached him and began flirting. Mooney said that the jury would see how the evidence lines up with his argument.

“This is an easy, straightforward case,” Mooney said. “Because everything I’ve just told you is about to play out.”

During the direct examination, the woman said she and a few friends were planning to celebrate Halloween that night at Turf. The group, dressed in costumes, was drinking before they went to the bar, she said.

She testified that she was already drunk by the time they arrived. She and one of her friends then took a “key bump” of cocaine, she said.

At one point, one of Dodd’s friends asked the accuser if he could buy her a drink, she said. The friend then walked her over to Dodd, who was able to get free drinks. Video surveillance footage presented Monday showed that Dodd and the woman began dancing together.

Afterward, the woman said she wanted to get pizza, and Dodd told her that they could get food at his friend’s apartment in Terrapin Row. Video surveillance showed her and Dodd walking into the apartment complex together.

Once in the apartment, the woman said she remembered being in the kitchen vomiting into a trash can. According to her testimony, Dodd said she would be more comfortable on the couch, so she moved there and continued to throw up.

When asked by assistant state’s attorney Melissa Hoppmeyer about how she felt then, the woman’s voice quivered, and she said she was “nauseous, confused, very tired [and] sick.”

The accuser testified that Dodd then began kissing her and touching her.

“I don’t want to have sex. I’m too drunk,” the woman said she remembers saying, to which she testified Dodd replied, “Okay.”

But she said she soon realized that Dodd had penetrated her anyway, leaving her “terrified.”

“I froze and I tried to close my eyes,” the woman testified. “But my head was spinning because I was still really drunk, so I opened my eyes and had to watch.”

She testified that a resident of the apartment came into the room and saw Dodd on top of her, and Dodd then got up. Dodd and the resident began to argue, and the accuser was texting her friend that she wanted to come home, she testified.

She and her friend, who had been with her at Turf but got separated, took an Uber back to Ellicott Hall, she said. She testified that for the next few days, she laid in bed and “didn’t feel like herself anymore.”

On Nov. 3, 2017, the woman went home to her family, she testified. Once there, she said she told her aunt, who is a police officer, about the alleged rape. The accuser choked up as she described the fear she had of telling her mother, as well as her three younger sisters finding out.

Hoppmeyer concluded the direct examination of the woman by asking about when she told police of the alleged rape. She said she gave a statement to police on Nov. 5, 2017, and was also given a sexual assault exam at a hospital.

The defense didn’t have time to cross-examine the accuser Monday. The trial is set to continue Tuesday morning.