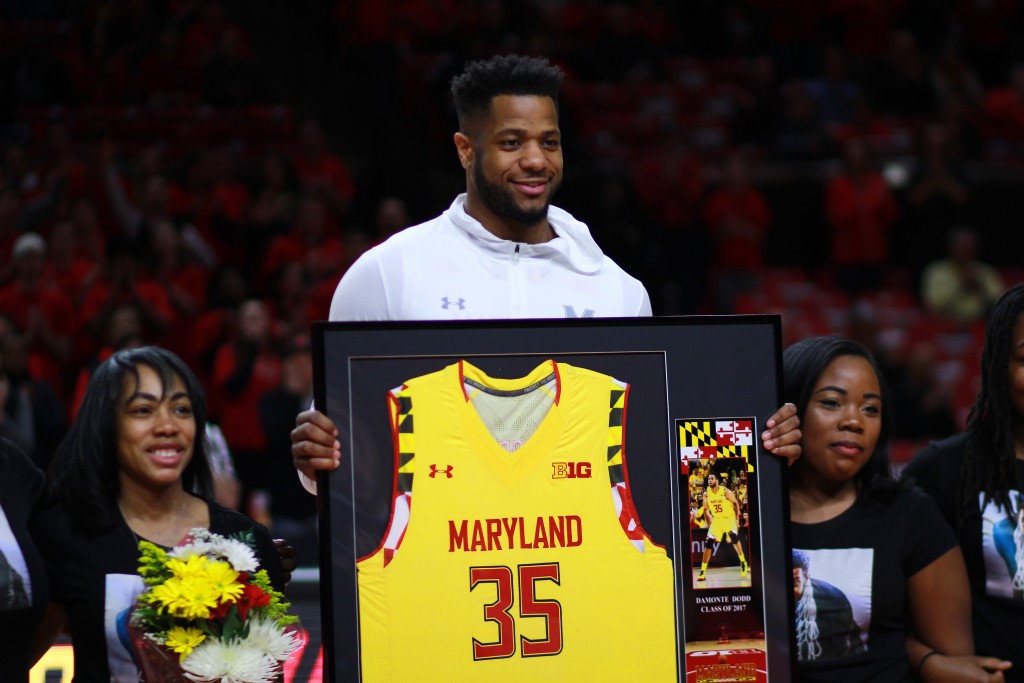 Former Maryland men’s basketball center Damonte Dodd has been arrested and charged with second-degree rape after a woman said he had sex with her against her will in College Park in November 2017.

According to a press release from Prince George’s County State Attorney Angela Alsobrooks, Dodd met a woman while celebrating Halloween at Terrapin’s Turf on Route 1.

After Dodd bought the woman drinks, they left the bar together and went to a friend’s apartment, according to the release. In the early morning of Nov. 1, he “had sexual intercourse with her against her will and an occupant in the apartment confronted him upon awaking,” the release said.

“The fact that the victim in this case was intoxicated did not give Mr. Dodd the right to take advantage of her,” Alsobrooks said in a statement. “We will conduct a thorough investigation and ensure that he is held accountable for his actions.”

Five days later, the woman reported to police what had happened. Dodd admitted to having sex with her but said it was consensual, according to the release.

Dodd was arrested Thursday in Atlanta, where he is currently being held, according to the release. He is scheduled to appear in a Prince George’s County courthouse July 12.

In a statement, Maryland said it is “aware of the November 2017 allegations against a former student-athlete who graduated in May 2017” and directed any inquiries to the state’s attorney’s office.

After graduating, Dodd joined the Phoenix Suns’ G League affiliate Northern Arizona Suns. He was also a member of Durango, a Mexican team, according to multiple reports. In December, he wrote in an Instagram post that he was taking time off from basketball “to get [him]self together.”

Dodd was frequently seen in College Park during the 2017-18 academic year. He took part in Maryland’s alumni event prior to its game against Northwestern on Feb. 10.

Dodd and his agency, Arete Sports, could not immediately be reached for comment.