College Park residents are worried about consequences of widening the Beltway 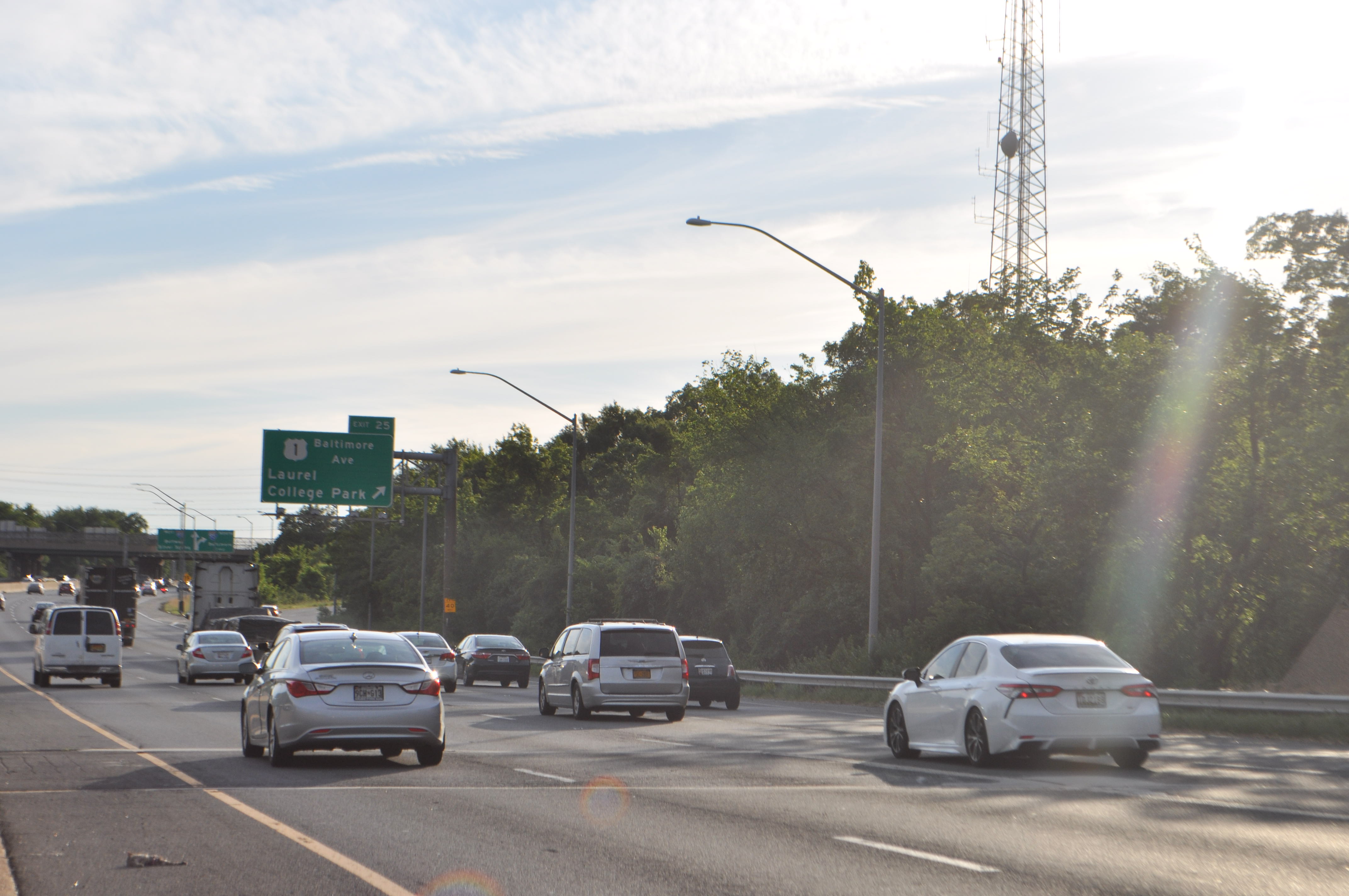 College Park residents have concerns about upcoming changes to nearby highways — including potential noise disturbances in the city’s northern neighborhoods.

The Maryland Department of Transportation plans aims to alleviate Washington, D.C., area traffic congestion by widening the Capital Beltway and I-270 with toll lanes.

But the widening of the Beltway could project additional sound into the Hollywood neighborhood, officials from the State Highway Administration told the College Park City Council at their meeting June 4.

[Read more: College Park residents and officials are fighting the sale of a wooded area on Route 1]

Current SHA predictions projected homes in the blocks closest to the highway — as far as three blocks away — could have noise as high as 66 decibels. The daytime noise ordinance for the city is 65 decibels, and at night, it’s 55.

However, SHA official Catherine Robbins, who focuses on noise analysis, clarified that those predictions didn’t take into account noise barriers that were already in place and would be replaced. A more accurate prediction would be determined by the end of the year, she said.

SHA officials showed council members the impact with a map that outlined the noise boundary with a red line. Councilwoman Kennedy, however, was dubious of its accuracy.

“Right now, I live right outside that red line, and I can hear the highway,” Kennedy said. “I don’t believe that’s as far as it’s going to go if we’re adding more cars and I’m already hearing them.”

Lisa Choplin, public-private partnership project director, clarified that the line represents the federal highway impact criteria but that residents beyond that area will still be able to hear traffic.

While officials expected local networks to have reduced traffic in general as a result of the plan, SHA’s Matt Snare told the council he couldn’t speak to any predictions of how it would impact Route 1 specifically.

After being pressed further by Mayor Patrick Wojahn, however, Snare clarified this was based upon models and studies not yet available to the public that specifically focus on interchanges.