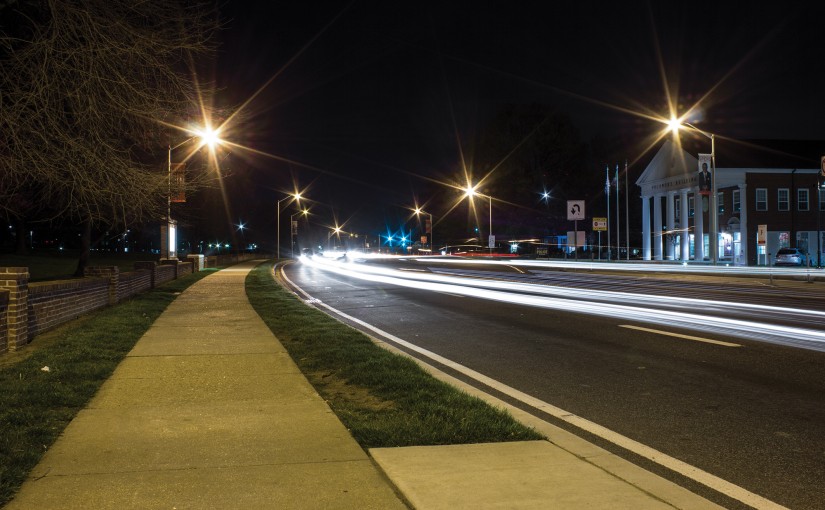 Adding bike lanes and other updates to a segment of Route 1 could mean six years of traffic delays and disruptions in College Park, a State Highway Administration official said during Tuesday’s city council meeting.

The project will widen the 1.4-mile stretch of Route 1 between College Avenue and Route 193 to include bike lanes and a raised median and convert the five-lane section between Lakeland Road and Route 193 into four lanes. Some sidewalks along that stretch will also be widened in compliance with the Americans with Disabilities Act.

The project is expected to be completed in 2024, said Lindsay Bobian, a project manager with the SHA’s Highway Design Division.

The process of utility relocation, which is expected to begin as early as Nov. 1, will take three to four years, she said. It’ll start with the relocation of Pepco utility poles, Bobian said. After Pepco completes its work, Comcast, Verizon Business and Verizon are expected to relocate their utility lines in that order, she said.

While she said the timeline presents a “worst-case scenario,” the city council voiced concern about the project’s potential impact on College Park’s already-congested city streets.

City Manager Scott Somers said there is “a lot of disappointment” with the projected 2024 completion date and said it was unclear why the utility companies would take so long to complete the relocation work.

“When you put it into perspective … it’s hard to believe we’re going to have the Purple Line coming through the city in 2022 from Bethesda, and we can’t even widen Route 1 in that time period,” Somers said.

District 2 Councilman P.J. Brennan said he was worried how the project would negatively affect traffic, with some lane closures expected during the utility relocation.

“I’m personally also very concerned about what a six-year disruption like this is going to do to our economic climate and our real estate values,” Brennan said. “As we all know, today, just one lane closure on Baltimore Avenue creates disruption for miles into D.C. at times, and all the way north to Beltsville and elsewhere.”

Officials said during a meeting in April 2017 that the lane closures would mostly occur between 9 a.m. and 3 p.m. to avoid peak travel times, except “under extenuating circumstances.” At Tuesday’s meeting, Bobian mentioned overnight work.

To help minimize disruption, Bobian said, the SHA will reach out to the community to advise them of delays and has coordinated with this university to work around major campus events, such as football and basketball games, to limit lane closures during peak times.

Mayor Patrick Wojahn also expressed his disappointment with the timeline presented by the SHA. He said the community has been fighting for the project since before he moved to College Park 15 years ago, and the city is excited to see the project come to fruition.

“I’d like to see it happen before I retire,” Wojahn said.