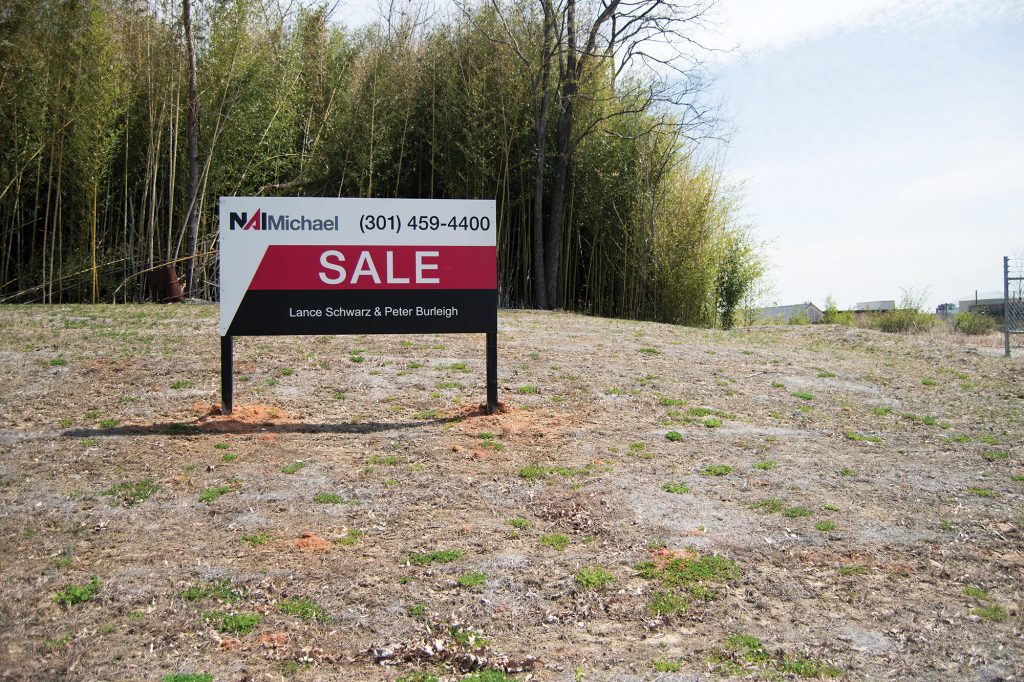 The plot of land between Albion Road and Woodbury Street.(Joe Ryan/The Diamondback)

Five months after the Washington Metropolitan Transit Authority publicly announced they would sell a woodland space on Route 1, some College Park residents and city council members maintain the sale was mismanaged.

In a January press release, WMATA announced a six-acre portion of the 12-acre plot — located next to Whole Foods on Albion Road — would be sold alongside seven other properties in Maryland, Washington, D.C. and Virginia.

But although WMATA sent a letter of notification about the sale to a county official over a year ago, many residents and city officials are upset it did not reach out to College Park specifically and give the city the right to refuse — and they worry the new owner will use the land for commercial development rather than the green space the city had hoped for.

“You can’t develop everything. You gotta save some critical green space,” said Stuart Adams, a resident of College Park and president of the Calvert Hills Citizens Association. “And this is one of the ones that’s really important.”

Since 2015, the city has been in talks with WMATA about using a portion of the remaining six acres next to the sold space to build a community garden.

WMATA’s policy requires them to notify the jurisdiction where the property is located before it goes up for sale — but though they notified the county, council members and residents thought WMATA should’ve taken it a step further and notified the city, given its interest in the neighboring space.

Once College Park officials realized the land was for sale, they urged the Maryland-National Parks and Planning Commission to submit a bid. However, because this was submitted during the public bidding process, the public entity had to compete against private buyers. The M-NPPC bid was rejected in April, and the winner of the bid has yet to be publicly announced.

In the months since the sale was announced, the city council has tried to find a way to preserve the area — writing three separate letters to WMATA expressing their concerns and launching a campaign for residents to write letters to the organization.

District 3 Councilman John Rigg said the council was copied on 18 of the resident letters, but that more were likely sent.

“[This property] serves a critical role in our area’s green infrastructure network,” Mayor Patrick Wojahn wrote in an April 25 letter sent to WMATA after the rejection. “That function is more and more important as other properties are developed and the Purple Line decreases the amount of green infrastructure.”

The land, originally acquired by WMATA in the 1980s to build the Metro line that runs underneath, was designated by the Prince George’s County Council as part of the county’s Green Infrastructure Network in 2005 — which identifies which areas in the county should be preserved as green spaces.

“This is a critical parcel that contributes to the environmental health of the area,” Adams said.

Though the city council recently decided to hold off on a community garden project due to a cost increase and complications with the land itself, they still made it clear they wanted the area to remain green.

While WMATA may have fulfilled its duty by notifying the county, Adams said it should also have let the city know.

“Even if they followed the rules, did they follow them in an ethical [manner]?” he said. “It seems to me that that’s an unethical stance, where you’re in active negotiations with College Park and you’re not letting them know that, ‘oh, by the way, we’re actually looking to sell this.’”

The land also has wetlands, and digging would be limited because of the Metro line underneath.

“This isn’t just a few citizens who are jumping up and down about how we don’t want a tree cut down in our backyard,” he said. “It’s been very distressing to citizens and elected officials who are trying to do the right thing for the community.”