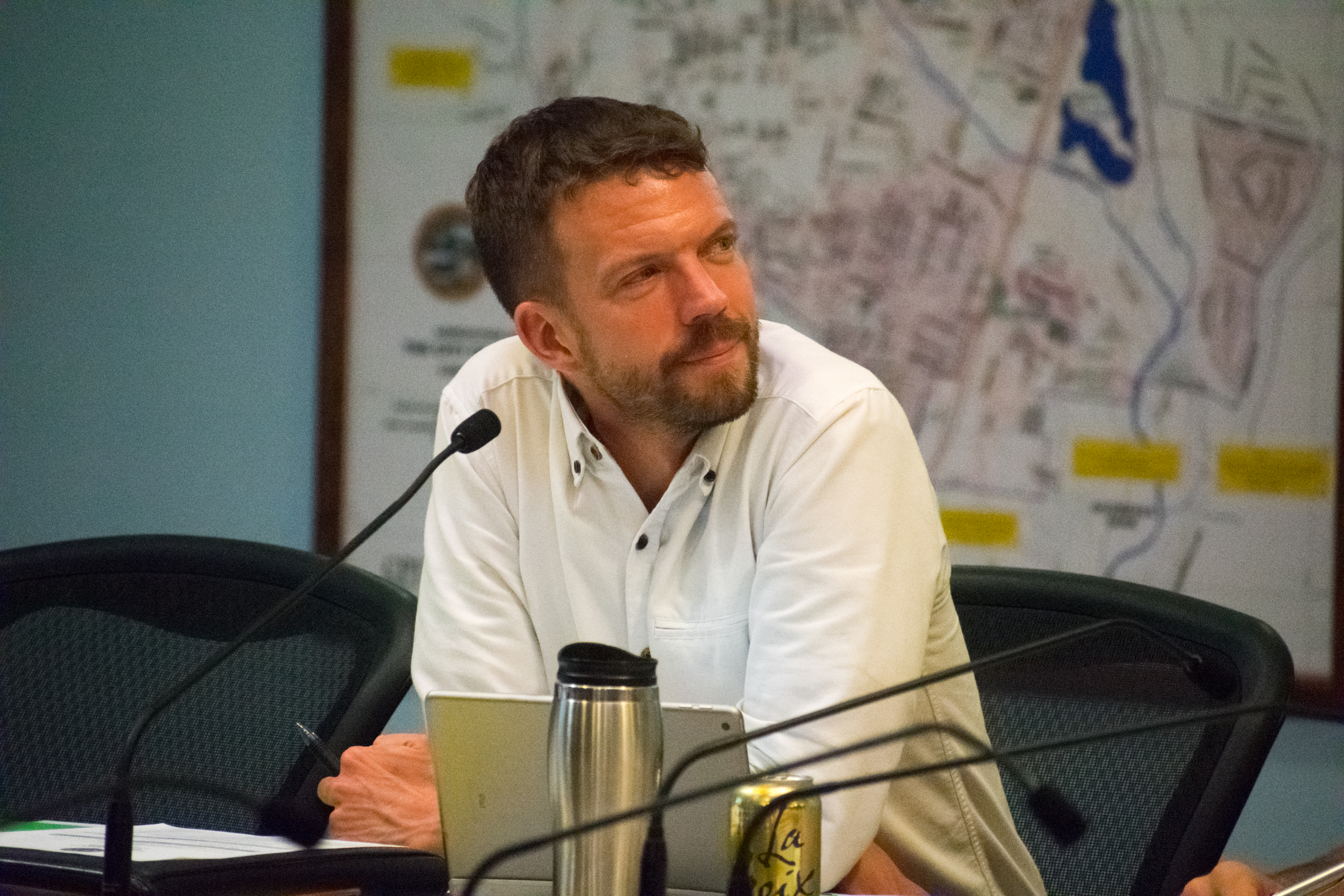 Mayor Wojahn at a College Park City Council meeting on Tuesday, September 4, 2018 to discuss the construction of the UMD Child Center. (Elliot Scarangello / The Diamondback)

Allen and Tobin released a joint statement to support the incumbent in the upcoming city races on Nov. 5, praising his involvement with the university’s students.

“Ultimately, Patrick views the student body not as students, but as constituents, and we will continue to have representation in City Hall under Patrick’s leadership,” wrote Allen and Tobin, both senior government and politics majors. “We enthusiastically endorse his candidacy for re-election to Mayor of College Park.”

In the statement, Tobin and Allen commended Wojahn’s efforts to increase student participation in city affairs during his tenure, including advocating for voting access, such as adding a new polling station in Stamp Student Union, and leading city beautification and safety efforts through the Complete and Green Streets initiative.

The endorsement also credited Wojahn for improving the relationship between city residents and students by supporting on-campus tailgates and other student programs.

Aside from specific policies, Tobin said Wojahn’s manner of governance and cooperation with students also sets him apart. He recalled the support the two-term mayor offered in creating the SGA Student Advisory Committee, a group tasked with advising the council.

Wojahn said he was “honored and humbled” to receive the endorsement, describing it as an indication of the partnership he’s developed with students.

Wojahn said he was especially proud of his work on neighborhood “quality of life issues,” such as addressing off-campus parties. He enjoyed seeing how discussions with student groups, like the Interfraternity Council, improved relationships between students and their neighbors, he said.

“We’ve tried not to just focus on enforcement of the rules, but also to provide encouragement for students to recognize who their neighbors are and to live in the community in a way that respects their neighbors,” Wojahn said. “So I think it’s really led to a win-win.”

Although they said Wojahn has actively addressed many of their concerns, Allen and Tobin said they would like him to work on issues such as rising housing prices and landlord-tenant conflicts.

“Students don’t necessarily know their rights as tenants, and sometimes are taken advantage of,” Allen said. “I think it’s definitely something that’s increasingly important that we address, whether it’s through educational measures or accountability measures that the city would have to create.”

Despite their concerns, Allen and Tobin wrote in their statement that they see Wojahn as “the best choice to tackle the problems ahead.”

Wojahn said he’d be eager to continue working on these issues and cooperating with the new SGA leadership in a third term.

“I’m sure that we will continue to be able to build on that partnership in the future,” he said.