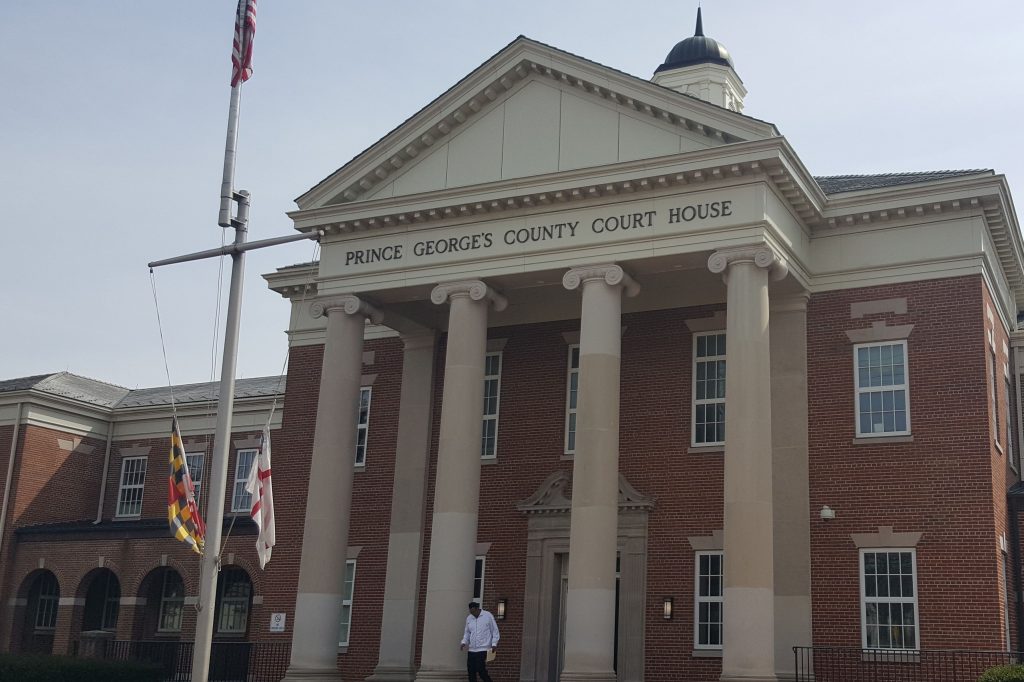 Sean Urbanski, a former University of Maryland student charged in the murder of 2nd Lt. Richard Collins, didn't show up for a motions hearing Thursday. (Nora Eckert/For The Diamondback)

A hearing for the former University of Maryland student charged in the killing of 2nd Lt. Richard Collins has been postponed to next week, his lawyers said Thursday. It’s the latest slow down in a case that’s had its trial pushed back three times in less than 1 1/2 years.

Urbanski faces hate crime and murder charges in Collins’ death. Collins — a student in ROTC, days away from graduating from Bowie State University — was stabbed while waiting for an Uber with two friends near the Montgomery Hall bus stop in May 2017. He died on the way to the hospital.

Prosecutors sorted through “lots of digital evidence” from Urbanski’s cell phone and computer before charging him with a hate crime. Urbanski, who is white, was also a member of a white supremacist Facebook page called “Alt Reich: Nation,” which has since been deleted.

But Urbanski’s lawyers have motioned for some “highly inflammatory” digital evidence —  including his “Alt Reich: Nation” membership and data from his phone — to be excluded from the trial for fear it could prompt “irrational behavior” from the jury.

A judge will now set to rule on this motion Wednesday — nearly a week after they were scheduled to do so — after Urbanski didn’t show at the courthouse Thursday.  Urbanski’s lawyers — William Brennan and John McKenna — also plan to argue for the hate crime and murder charges to be heard in two separate trials, and for the hate crime charge to be dropped altogether.

The defense has cited the First Amendment in its attempt to get the hate crime charge thrown out. Brennan and McKenna argue there is “no substantive or temporal connection” between Urbanski’s activities online and Collins’ killing, and drawing that line violates their client’s free speech rights.

Urbanski’s trial is set to start July 22. It was originally slated to begin in January 2018, but his defense requested more time to review evidence, and the start date was pushed to July of that year. And when July rolled around, a Prince George’s County judge granted another six-month delay to Urbanski’s lawyers.