We can’t accept the UMD SGA’s inaction on diversity 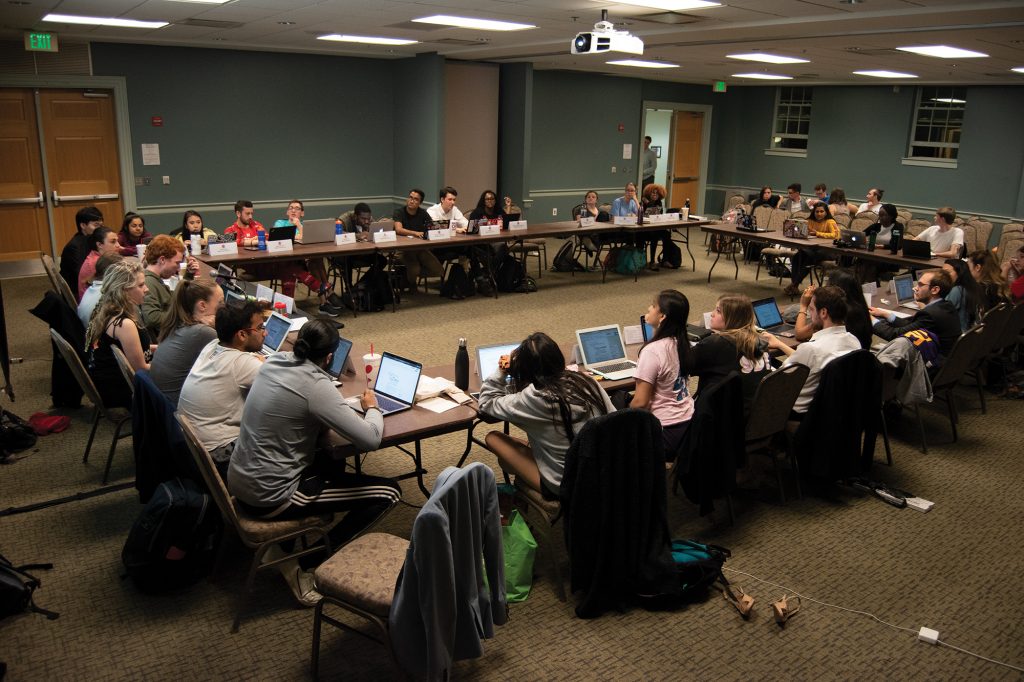 When news broke that the SGA voted against adding a diversity and inclusion vice president to their executive board early May 3, I didn’t bat an eye. I can’t say I’m surprised the Student Government Association once again moved against an effort to address issues of diversity.

In the wake of Taylor Green’s resignation as the diversity and inclusion director, inaction (or poorly-planned action) on diversity has been routine for the SGA. This failed amendment further validates Green’s accusations of institutional bias and a lack of power for students of color in the organization.

Many of the arguments against the amendment contradicted the plea Green made in her controversial resignation letter for “fundamental changes” to the body. Noah Eckman, speaker of the legislature for the 2018-19 session, advised other SGA members to “take away … what’s charged about [this discussion], and the bad taste in all of our mouths from this year” when considering the amendment. He suggested the proposed position be assessed based on its structural merits instead.

Eckman’s comment misses the point. The discussion around diversity should be charged. The SGA should place grievances like Green’s at the forefront when making decisions about diversity, especially considering it’s an organization meant to represent all students and make decisions for them. Green has the authority to speak on the subject, not only as a former diversity and inclusion director, but also as a woman of color who endured what she describes as “patterns of racist, sexist, ableist, and transphobic behaviors” in the SGA.

A white man suggesting Green’s observations and complaints be ignored is ironic, especially given Green’s close ties to the amendment. Maleeha Coleburn, who sponsored the amendment, even cited Green’s resignation as a reason for her proposal. Why should she continue to be ignored?

While I understand the members don’t want a knee-jerk reaction in response to Green’s resignation, this wouldn’t have been one. Coleburn said the Diversity and Inclusion Committee, which she is a member of, worked on initiatives like this all semester. The amendment would have directly addressed the lack of power Green described as director of diversity and inclusion, and it definitely could have had a big effect if the body had passed it.

Many students also argued that elevating the diversity and inclusion director to a vice president position wouldn’t address the larger issues in the SGA. However, this amendment was not meant to completely reorganize the structure of the organization or act as a perfect solution to every issue of diversity.

As Green wrote in her resignation letter, “Every step I made was undermined by [former SGA president] Jonathan Allen and his executive board’s lack of understanding, empathy, and care for this work and for these students.” By elevating her former position to a seat on the executive board, future officers wouldn’t feel alienated like she did.

While the SGA hasn’t completely disregarded diversity and inclusion, it still hasn’t heeded Green’s complaints. In December, the organization created liaison positions to improve communication between the SGA and minority groups on this campus in the wake of the “Justice for Jordan” rally, with which many student groups took issue. This initiative may be an improvement for the SGA’s communication, but it passed well before Green’s resignation — there hasn’t been much of a response since Green made her grievances known.

Next semester, we need to hold the new and returning members of the SGA accountable for failures like this. We can’t keep letting them agree that “something” needs to be done while they  disparage valid proposals and neglect to make meaningful changes. Decisive action is necessary, and the sooner change comes, the sooner larger issues relating to diversity on this campus can be addressed.