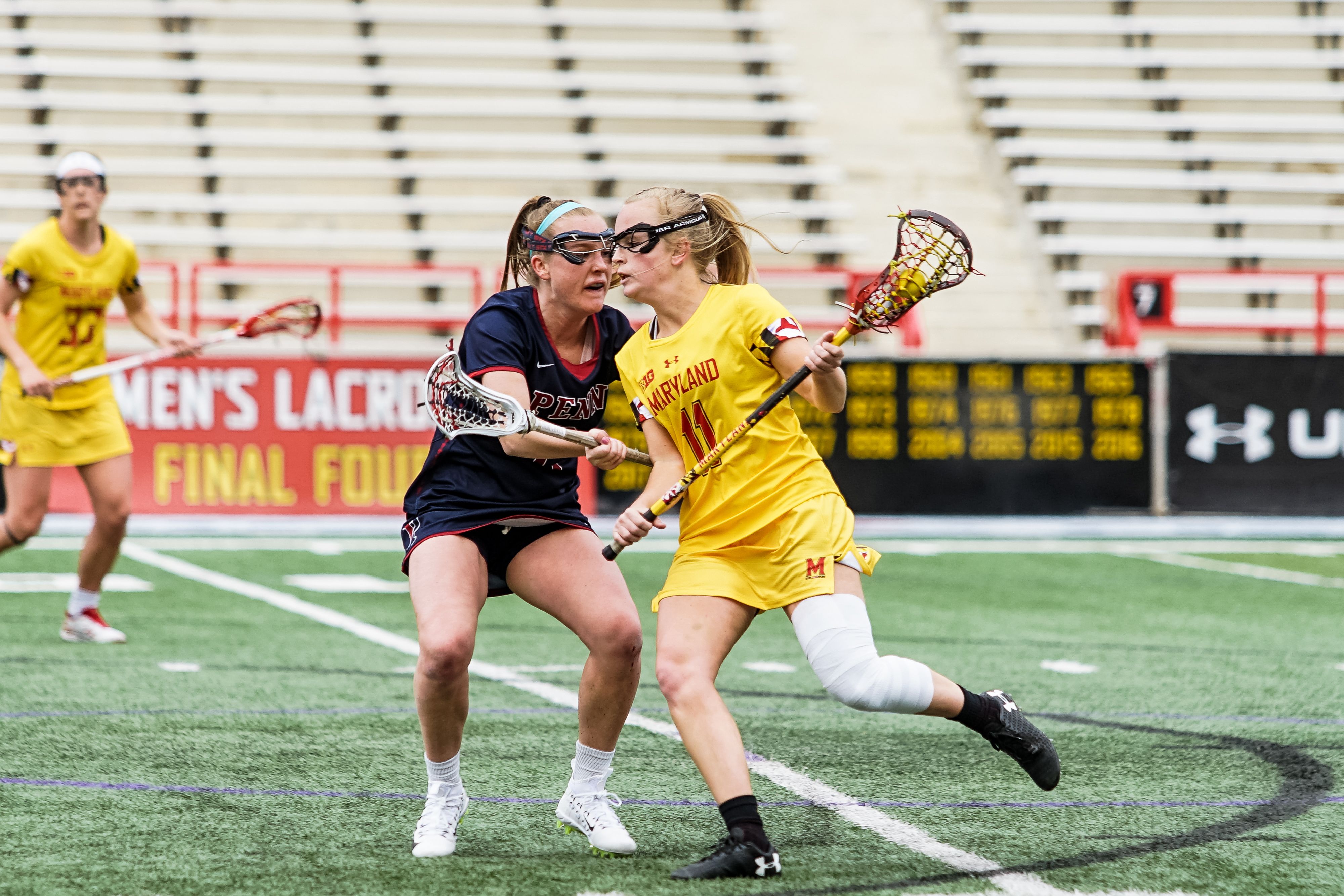 When the final whistle blew on May 28, 2017, the Maryland women’s lacrosse bench poured onto the field to join their teammates. Senior attacker Bairre Reilly trailed, national championship trophy hoisted in the air.

Back then, sophomores Caroline Steele and Jen Giles along with freshman Kali Hartshorn combined for 10 of the Terps’ 16 goals, while freshman Lizzie Colson and sophomores Julia Braig and Megan Taylor held their own on the defensive end in a star-studded underclassmen showing.

Two years since that group powered Maryland past Boston College 16-13 for the title, it’s prepared to do the same as upperclassmen, with 18 players from that squad on the 2019 roster.

While Maryland has seen new faces enter the fray since its title win, the senior-heavy Terps plan to use their experience to achieve a similar end result as 2017, heading into this year’s NCAA tournament as the No. 1 seed.

“These guys have been here before,” coach Cathy Reese said. “We’re following them, we’re leaning on them heavy right now.”

Maryland has spent its season establishing a championship resume. And behind an undefeated regular season with the nation’s best RPI, the Terps’ efforts were rewarded with the top overall seed in the NCAA tournament.

Though Maryland exited the regular season without a blemish on its record, multiple squads showed they could go toe to toe with the team’s firepower. North Carolina and Syracuse pushed Maryland as far as overtime before falling.

And in the Big Ten tournament, Northwestern did what no other team could, ending the Terps’ perfect record in the championship game.

So, the team will look to experience to give them an edge.

“Having that experience under our belt,” Steele said. “[It is valuable] knowing we’ve been there and what it takes to get there.”

The Terps have also experienced failure together. In 2016, four of the current crop of seniors were involved in the Terps’ 13-7 loss to North Carolina in the championship game after going 22-0 in the games prior. Taylor, then a freshman, notched six saves on 32 percent. Giles was held scoreless.

In last year’s semifinal, the squad struggled through an almost 15 minute-long scoring drought to close out the game, while Boston College notched two goals to pull away and win 15-13. Steele scored just once on five shots.

Through the ups and the downs, Maryland remain focused on achieving the same glory that defined the 2017 campaign and barely eluded the team in 2016 and 2018.

And those who didn’t play have found their place in the team now. Attacker Brindi Griffin and defender Shelby Mercer have had career seasons in expanded roles for the Terps, while the additions of midfielder Grace Griffin and attacker Catie May have bolstered the Terps’ depth, providing a more well-rounded offense than the one that fell short last year.

“I think it’s valuable,” Steele said. “Being able to lead the younger girls who haven’t had that big game experience.”

When Maryland topped Boston College to win the national championship in 2017, it enjoyed an undefeated regular season and implemented an offense that moved the ball well. The 2019 squad has a similar core and shares the ball with the same aplomb. With a proven winning style, plus the edge of experience, Maryland might have the advantage in a loaded field.

“Any experience you get in those high pressure [situations],” Giles said. “Just dealing with all that once … settles you in for when you experience it again.”