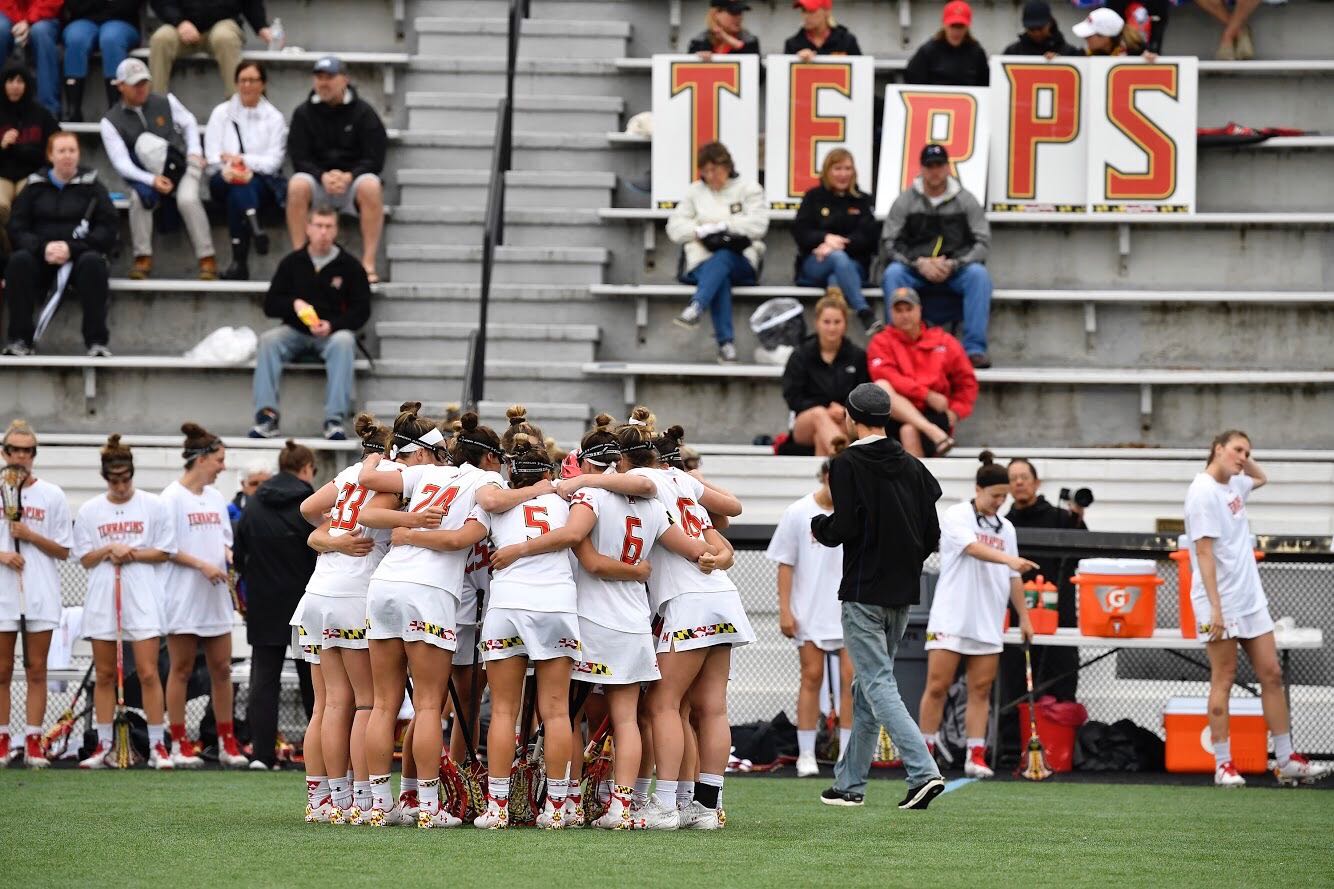 Maryland women's lacrosse huddles up during its Big Ten championship game loss to Northwestern, 16-11, on May 5, 2019. (Photo courtesy of Maryland Athletics)

Maryland women’s lacrosse is the No. 1 seed in the NCAA tournament despite losing to Northwestern in the Big Ten tournament championship game Sunday.

The Terps (18-1, 6-0 Big Ten) were the presumptive No. 2 seed for most of the regular season due to the spotless record of Boston College. However, when the Eagles fell narrowly to North Carolina last Sunday, the Terps leapfrogged into the No. 1 spot.

Meanwhile, the Terps completed an undefeated regular season, surviving two overtime matchups against North Carolina and Syracuse en route to a 17-0 mark. The committee decided that Maryland’s loss against Northwestern was not enough to knock them down.

The Terps will receive a first-round bye and will play the winner of Stony Brook and James Madison at home Sunday.

Maryland has made it to the final four in each of the past 10 seasons. The Terps fell to Boston College in the semifinal in 2018.

After falling to the Wildcats in the Big Ten championship Sunday afternoon, the Terps hope to replicate a similar output to 2015’s championship-winning squad. That team completed a perfect regular season before losing in the Big Ten tournament. Maryland looks for Sunday’s loss to be a springboard come next week.

“2015, we lost in the Big Ten tournament,” coach Cathy Reese said. “And that was something the team really used to fuel their fire.”

Reese has won four national championships as Maryland head coach, and is hoping for her fifth.