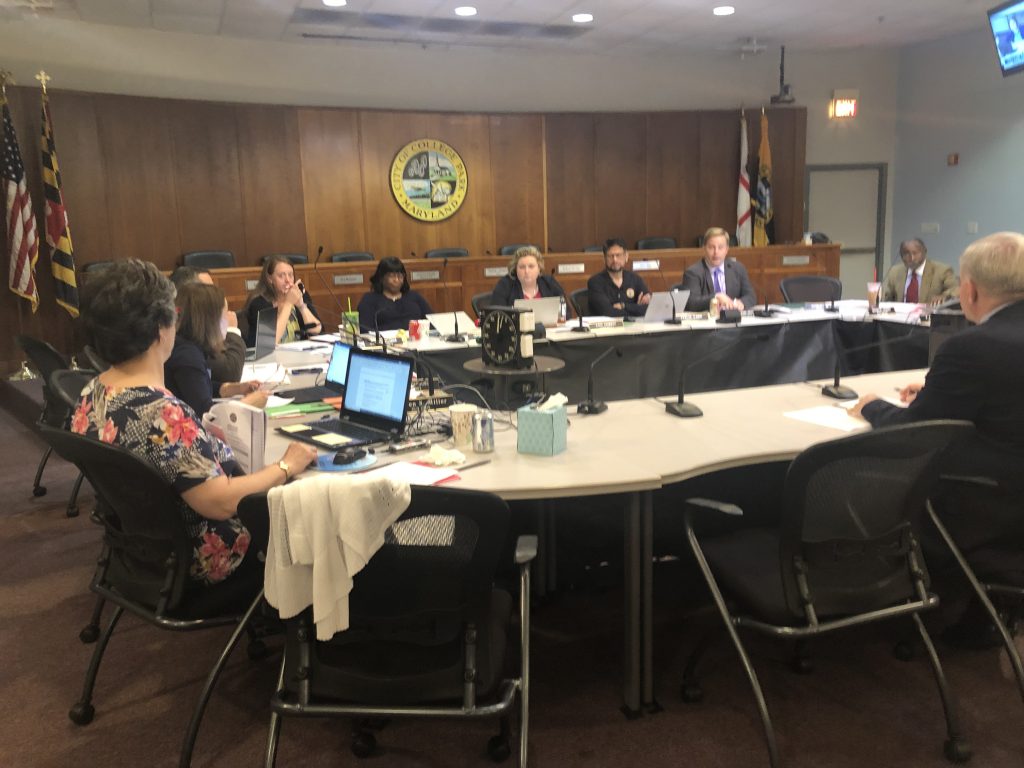 The College Park City Council meets for a work session on May 7. (Carmen Molina/The Diamondback)

The College Park City Council decided to hold off on plans for a community garden on Albion Road during their work session Tuesday due to cost increases and complications with the proposed property.

The garden, which would’ve been the city’s third, has been in the works since March 2016. In June 2018, the council approved a four-year license agreement with the Washington Metropolitan Area Transit Authority to use a piece of land south of Albion Road for a city-operated community garden, according to city documents.

But original plans for the project’s costs failed to account for a mandatory review from the Maryland-National Capital Park and Planning Commission. The application process necessitates that the city surveys the property, evaluates existing conditions and produces a plan. This would require the city to hire a consultant, said planning director Terry Schum.

While the project was originally estimated to cost $4,000, current projections place it at $25,000 or more.

“At some point we’ve got to cut our losses,” District 4 Councilwoman Dustyn Kujawa said. “I think it’s time to move on.”

Costs aside, the development process was already complicated because of the garden’s proposed site — a woodland area without street access, parking facilities or a water supply.

“We’ve learned a lot in the past year about what it might take to do this garden,” Schum said. “It’s really not an ideal location for this purpose.”

While the city doesn’t intend to cancel the agreement, council members decided not to sign the license agreement yet, planning to ask WMATA if they could put the decision on hold.

Council members agreed to pursue potential open plots located in other parts of the city, or elsewhere in Calvert Hills. Logistically, establishing a community garden on city land would be much easier than working through WMATA’s bureaucracy, Schum said.

The two existing community gardens, Hollywood Gardens and Old Town Gardens, are located by the corner of Edgewood Road and Rhode Island Avenue and near the corner of Norwich Road and Columbia Avenue, respectively.

District 3 Councilman John Rigg supported moving the garden to a new location, adding that many residents are enthusiastic about the community gardens. He suggested that the city try to more openly advertise that they’re looking for an available plot.

“The expense and the logistical difficulties associated with developing at that location, you know, resonate with me,” Rigg said. “And, I too, would love to see a community garden in or quite near Calvert Hills.”