Review: ‘Knock Down The House’ isn’t the typical political documentary — and that’s good 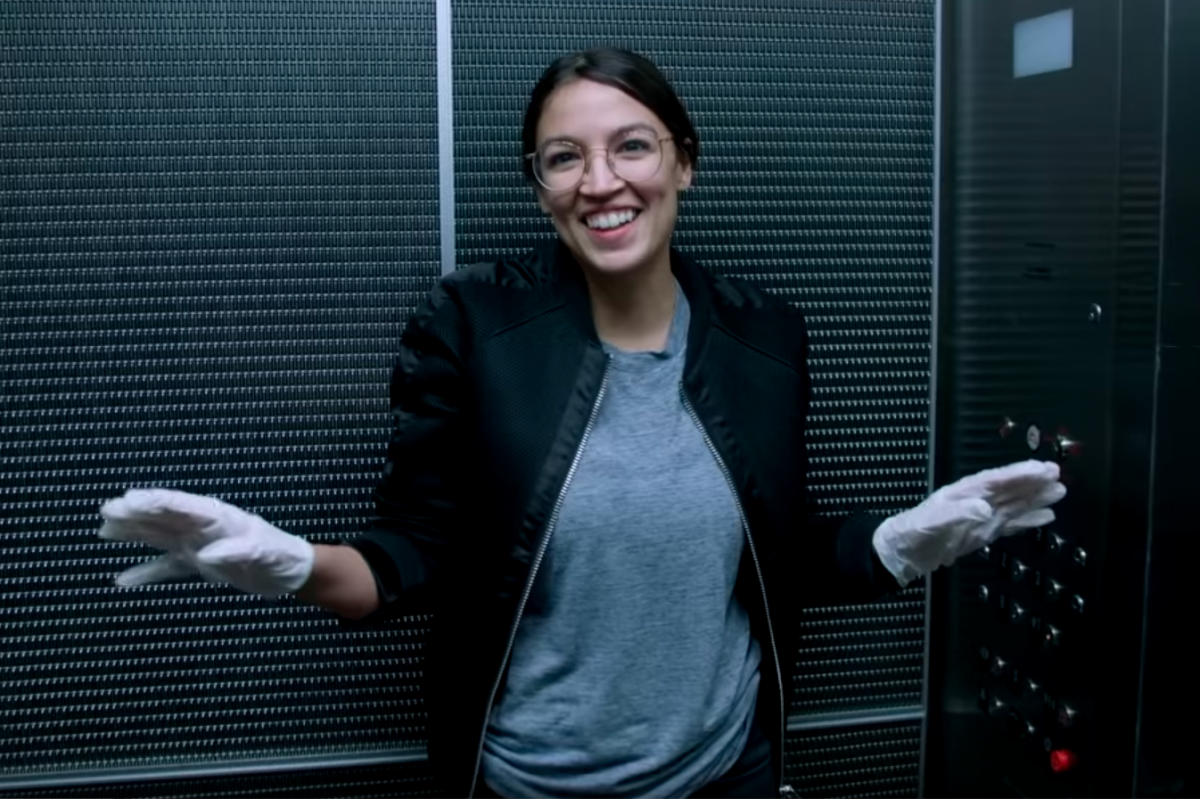 'Knock Down the House' shows Rep. Alexandria Ocasio-Cortez (D-NY) working as a bartender during her 2018 campaign (Photo via YouTube).

Knock Down The House is the embodiment of empowering filmmaking. Director Rachel Lears follows women who made headlines in the 2018 midterm elections, challenging long-term incumbents with their progressive ideas.

Alexandria Ocasio-Cortez is the face of the documentary, as filmmakers follow her impassioned fight against Joseph Crowley, then the No. 4 Democrat in the U.S. House. Given her stardom, Ocasio-Cortez is ostensibly the focus of the film. But the film also follows three other female candidates who, despite not winning their respective races, still made headlines.

Cori Bush ran for Congress on her mission to make the St. Louis, Missouri, area safer in a post-Ferguson world. Amy Vilela wanted to represent Nevada’s 4th District to advocate for a fairer health care system after her daughter’s death. Paula Jean Swearengin, a descendant of miners from Coal City, West Virginia, fought against incumbent Sen. Joe Manchin, demanding action be taken against the cancerous pollution she claims is killing her neighbors.

Knock Down The House is nothing if not a testament to the work ethics of female politicians — or anyone who hopes to make a small inkling of change in a power-hungry government. Lears manages to create a political documentary that is actually inspiring. She doesn’t foster disappointment or fear of the future by showing depressing facts about lacking representation. Instead, she encourages hope by focusing on politicians who are maintaining their independence, and working to address injustice.


Lears’ documentary encourages a significant discussion about the treatment of women in politics. While the four candidates featured are progressive Democrats, their struggles transcend party lines. The documentary introduces the issues almost immediately, as the first moments show Ocasio-Cortez putting on makeup in a hotel bathroom.

“Getting ready for women involves so many decisions about how you’re gonna present yourself to the world. ‘Cause there’s kind of standard protocol for how a man running for office … should dress,” she says.

The film emphasizes the idea that women need to work twice as hard to beat men, regardless of political affiliation. We also see the women in Knock Down The House receive archaic advice for their campaigns, specifically regarding smiling and showing emotions, reminding viewers that we sadly have not progressed past those outdated ideas.

Choosing to address the issues affecting female politicians from all states, backgrounds and belief systems is Knock Down The House’s greatest strength.

The women’s tireless focus on campaign details shows viewers the indifference of the incumbents they face. The clear difference between the passion of some candidates and the disinterest of others is striking.

Luckily, Knock Down The House moves beyond a simple profile piece of AOC. Despite the candidates’ political beliefs, Lears’ work does not feel left-leaning. It simply shows the public has a right to know what happens in their government, and they can take matters into their own hands if the government isn’t acting in their interest.

“We have to have the courage to say, ‘We can do better,’” says Ocasio-Cortez.

Knock Down The House is a must-watch for those who proudly proclaim hatred for Ocasio-Cortez and the strengthening identity of progressive Democrats. Many view Ocasio-Cortez as an untrustworthy, malicious socialist. The replies to her Twitter say it all. Yet, Lears humanizes her — and all female politicians — in a way sexist expectations often prevent them from doing themselves.

Despite the natural controversy that follows any political work in 2019, Lears has managed to produce empowering content. A positive message in the present-day political landscape shouldn’t feel as refreshing as this does.