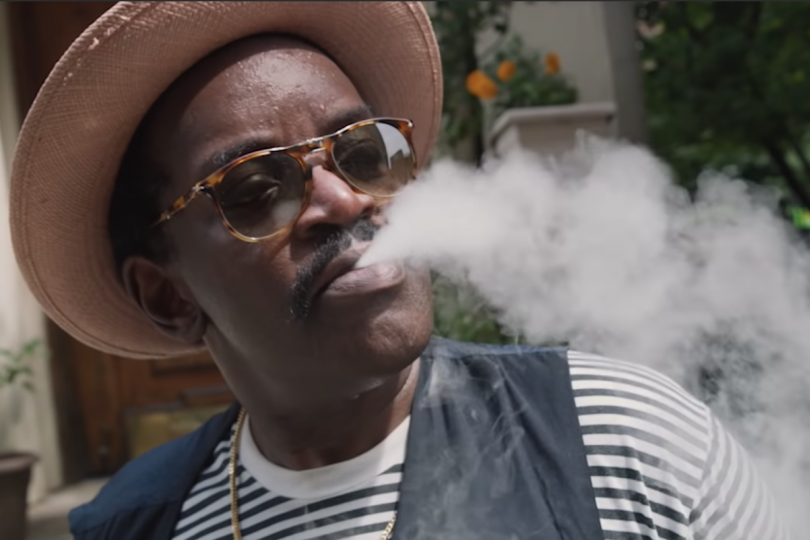 Fab 5 Freddy in Grass is Greener (Photo via Youtube.)

Grass is Greener draws a strong link between weed and music, following the drug’s influence on jazz music based in New Orleans to hip-hop today. While it seems like every Top 40 hip-hop/rap song glorifies Xanax, prescription pills and other drugs, many rap pioneers in the documentary warn against drugs in their lyrics.

“On the War on Drugs, hip-hop has done a better job than the fucking government,” says Snoop Dogg.

Fab 5 Freddy traces the roots of weed’s criminalization to the 1920s, analyzes Richard Nixon’s administration and discusses the present day. Even for those who are aware of how race influences drug policy, Grass is Greener contains surprising bits of information.

[Read more: Review: Beyoncé’s ‘Homecoming’ is a grand tribute to being black, a woman and a Southerner]

The documentary discusses how the government chose to use the name “marijuana,” as opposed to “cannabis,” to maintain the drug’s negative reputation and its association to Mexico.

Fab 5 Freddy digs through archival footage and voice recordings, which present an uneasy yet undeniable truth about the past. Viewers listen to Nixon complain, “What the Christ is the matter with the Jews?” as he encourages broad generalizations about the Jewish people allegedly pushing for legalization.

The documentary shows how legislatures chose to use drug policy and sentencing as a way to continue racial discrimination and oppression.

Grass is Greener serves as a call to action, encouraging viewers to demand for racial minorities to profit from the legalized weed industry, which is already worth over $1 billion. Whites dominate the field, but it’s hundreds of thousands of African Americans and Latinos that remain incarcerated for petty possession crimes. And those who are free could have a more difficult time participating in the business because of their criminal records.

Speakers throughout the documentary advocate for people who deserve “reparations,” since they’ve served decades in prison and know how to grow and sell the drug — information that is now highly sought after because white businessmen in the industry lack it.

Fab 5 Freddy’s work is a case strengthened with logic and emotion. The most compelling moments of the film show families who have been ravaged by the War on Drugs, including the relatives of a man incarcerated for years for possessing barely enough weed for one joint.

While any discussion about historical racial injustices can be polarizing and is sure to anger someone somewhere, comments in the documentary from author Asha Bandele can also easily ruffle feathers. Bandele, a senior director at the Drug Policy Alliance, compares black people being imprisoned in the 1980s at alarming rates to Jewish people being shipped away on trains in Nazi Germany.

While it is a strong work, Grass is Greener is probably preaching to the choir. It’s hard to picture anyone who would be interested in watching a documentary about weed on 4/20 who is not already supporting legalization. Still, it’s a part of history that is rarely discussed. It leaves viewers with the message that America cannot reasonably regulate weed without providing the proper reparations first.