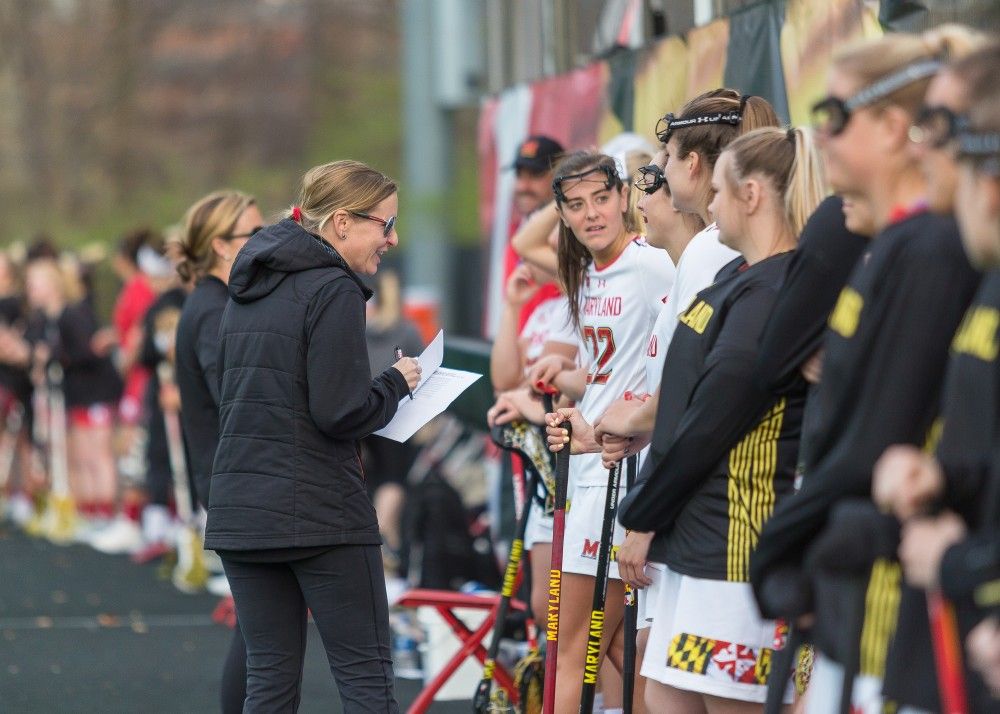 Head coach Cathy Reese speaks with players on the sideline during Maryland’s 14-6 win against Rutgers on April 6, 2018. (Marquise McKine/The DIamondback)

Megan Taylor took home the goaltender of the year award. The senior has tallied 178 saves, at a career-high 56 percent. In a six-week stretch from March to mid-April, she received six consecutive Big Ten Defensive Player of the Week nods. Taylor became the only Big Ten player to win the award at her position four years running.

Jen Giles won midfielder of the year, adding another distinction to her already-decorated Maryland career. Giles leads the Terps in goals and assists while ranking second in ground balls. She ranks seventh in the conference in shots per game, while converting on an efficient 47 percent.

Finally, after becoming Maryland’s all-time winningest coach, Reese was awarded co-coach of the year. She split the honor with Northwestern coach Kelly Amonte Hiller, who led the Wildcats to the Big Ten tournament championship with a 16-11 win over the Terps on Sunday.

Maryland heads into the NCAA tournament as the No. 1 overall seed. The Terps have made the final four in each of the last 10 seasons, winning four national championships over that stretch.