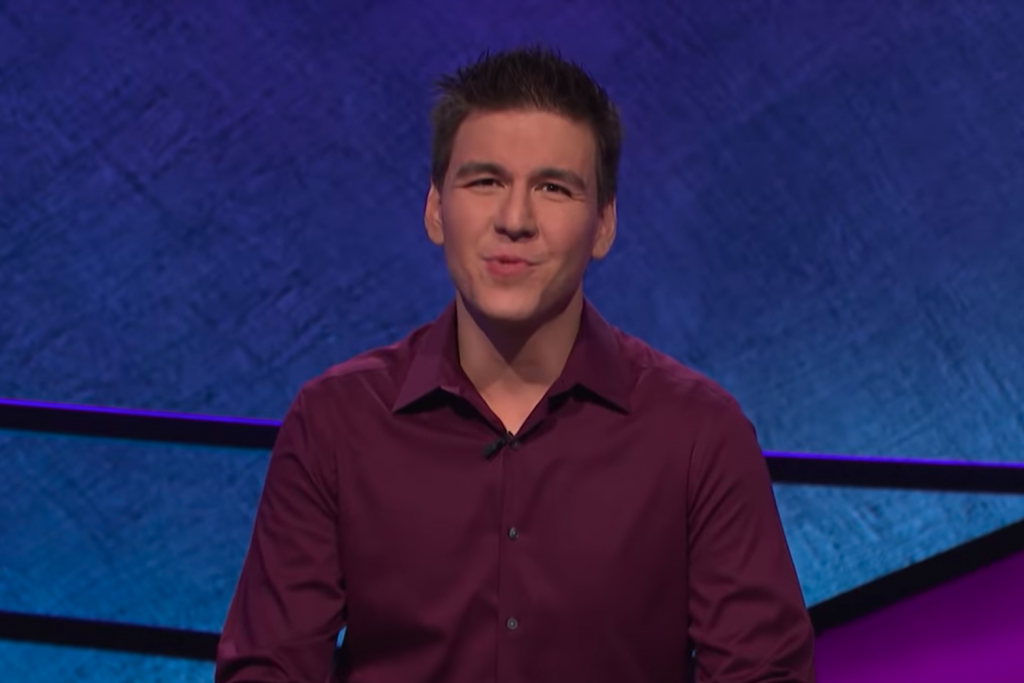 James Holzhauer has the second-longest winning streak in 'Jeopardy!' history (Photo via Youtube).

When I was 11, I got to the second round of auditions for Jeopardy! Kids Week. I don’t remember much about the experience — I didn’t get past that round, nor did I ever meet Alex Trebek.

I do, however, remember the interviewer asking me what I liked to do with my free time. As a middle schooler with no concept of social skills, or the passage of time, I had no idea how to answer that question. So, I looked down at my shoes and muttered something about liking to watch professional wrestling.

About a decade later, I don’t really watch WWE anymore. Not because I learned it’s fake — I just moved on from that form of entertainment.

But I didn’t give up Jeopardy! In fact, I’ve been watching it more intently than ever. There’s this guy on there named James Holzhauer. He’s a smug-looking white guy from Illinois — but lives in Las Vegas now — who has the absolute gall to call himself a professional sports gambler. Look at his face. Tell me you don’t hate him.

Perhaps most infuriating about Holzhauer, though, is that he’s really good. Really, really, good. Second-longest-winning-streak-in-Jeopardy!-history good. Annihilating the single-day winning record good, as easy as you or I would flick lint off our shoulder. He’s already racked up over $1.6 million for, essentially, being a massive dork.

[Read more: Have you cast your vote on who will sit on the Iron Throne?]

Jeopardy! is also a dork oasis. I can attest to that because I auditioned for it. But what makes Holzhauer stand out is his strategy. He goes for the harder, high-money questions first, and pairs that with an absurdly fast buzzer ability. He isn’t afraid to bet big on Daily Doubles or Final Jeopardy, suffocating any chance for his opponents to catch up to him.

He has a flair for the moment, too. On the 18th day of his streak, he narrowly escaped with a win — by $18. He’s paid tribute in his bets to his late grandma and the victims of the 2017 Las Vegas shooting. While his demeanor is cold and calculating at times, above all, he’s a character.

But as with any iconoclast, Holzhauer has a crowd of boors looking to knock him down a peg. One of them, The Washington Post columnist Charles Lane, recently called Holzhauer a “menace,” whining that his campaign was “getting a game show to sell its soul.”

This is not one of those columns. Because while Lane may choose to spend his time shaking his fist at those darn kids on his lawn, I’m here to tell you that Holzhauer’s helped me realize exactly why 11-year-old me liked wrestling so much: He’s the ideal bad guy.

[Read more: The lip sync you need to watch immediately]

In professional wrestling, competitors are divided up into “faces” and “heels.” Like many things in wrestling, the rhyme and reason for these names have been lost in time — but the gist of it is they are good guys and bad guys, respectively. We’re supposed to cheer for the good guys. After all, they play the game the right way. They smile, they tell jokes, they kiss babies. Yay.

But often, that narrative backfires — to the point of entire Wikipedia articles being written. The faces are too goody-two-shoes; the heels, on the other hand, are just so deliciously entertaining.

Before Ric Flair was a rap lyric, he was a world champion wrestler who bragged about wearing “$600 lizard shoes” and screamed “WOO!” at people. Before Dwayne Johnson was a superstar, he was “The Rock,” a jerk who openly took jabs at paying audience members.

You’re supposed to hate heels. But ultimately, their pompadour and cockiness stop you from tearing your eyes away from the screen — making it that much sweeter when they finally get knocked down a peg.

Such is James Holzhauer. You can’t help but gawk at the amount of money he wins and simultaneously want to deck him. But he’s making you watch — if only to see who’s brave enough to slay the beast. You hate him. But deep down, you’ll be sad to see him go.