The lip sync you need to watch immediately 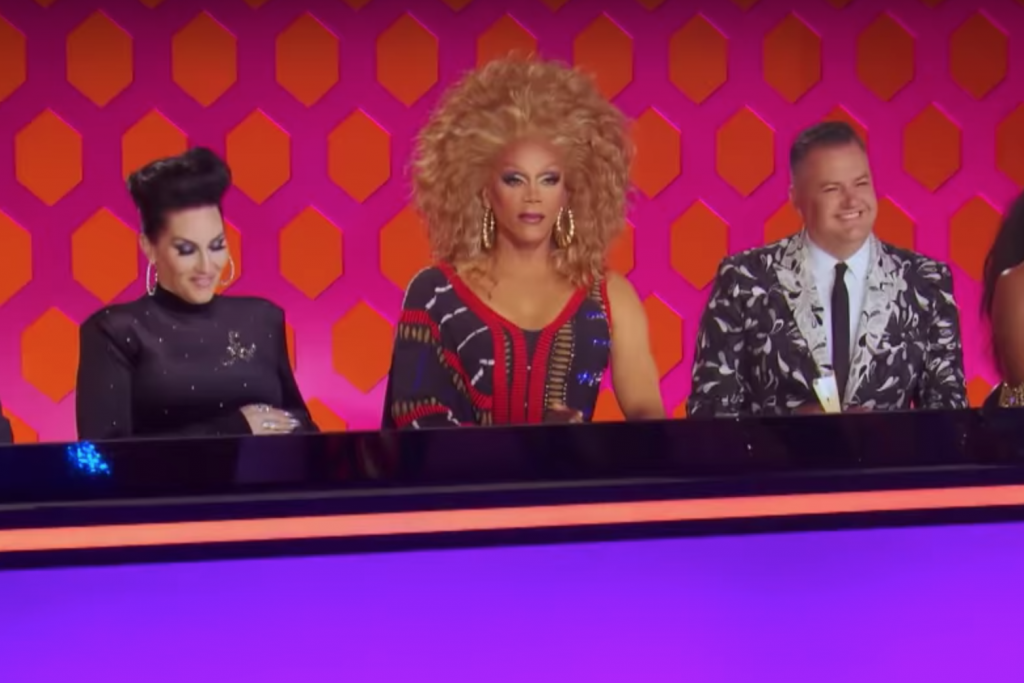 On RuPaul’s Drag Race’s 139th episode this past week, there came a lip sync so iconic, so sickening, so unfathomably breathtaking and earth-shattering, that my only choice was to immediately write 632 words about it.

For those unfamiliar, I will gladly provide you with a quick overview of a typical week on the show: Each of the competing drag queens participate in a challenge, and one (sometimes two) queen(s) win(s). The two worst-performing queens are then forced to face off in a “Lip Sync for Your Life,” where the winner of the lip sync stays while the losing queen is eliminated from the competition.

Drag Race is now in its 11th season — not including four cycles of the spinoff, All Stars — so there have been a lot of lip syncs, but this one is extra special.

For those of you who watch the show and are not fully caught up, I suggest you stop reading because there will be quite a few spoilers to come.

Last week’s episode was the annual “Snatch Game” episode where queens compete to perform the funniest celebrity impersonation. And some way, somehow, the two frontrunners of the season (and by frontrunners, I mean by a long shot) Brooke Lynn Hytes and Yvie Oddly found themselves facing off in a lip sync.

Since Brooke Lynn had demonstrated her amazing dancing skills on multiple occasions and Yvie had shown her inhuman flexibility and contortionist abilities, it was shocking that the two strongest queens were both up for elimination. Needless to say, I knew what was to come would fully snatch the wig of Drag Race fans worldwide.

Let’s break this lip sync down first, because there are a few factors that contributed to this amazingness.

First, the outfits. The category for the runway was sequins, so Brooke Lynn was decked out in a scandalous pink swimsuit leaving a lot of skin out and about and Yvie was in a more “modest” neon-colored jumpsuit that looked like a graffiti pattern. Yvie’s green boots and Brooke Lynn’s pink thigh-high ones almost made it seem like they coordinated.

[Read more: Even if you can afford it, don’t go to Coachella]

Then, the song choice: the summer 2017 party anthem, “Sorry Not Sorry,” by Demi Lovato.

Hearing Lovato’s vocals immediately quickened my heartbeat because the past Lovato lip  syncs have been fairly underwhelming. Season seven’s Pearl and Miss Fame basically stood in place for a rendition of Lovato’s “Really Don’t Care,” and a season nine lip sync from Nina Bo’nina Brown basically handed the “Cool for the Summer” lip sync to Shea Couleé. So, this was a chance to do one of Lovato’s songs justice.

But when I remembered which two queens I was about to witness, it was all over. I knew I was in for the best damn two minutes of my life.

Brooke Lynn’s dancing was on point, and Yvie’s gag at spraying hairspray before a cartwheel into a wig reveal was just the beginning. The rest of it was them attempting to outdo each other in the most exciting, nail-biting way possible. When one did a split, the other one followed. A head stand with a split in the air? Easy.

Though the queens showed their prowess as two of the fiercest lip sync assassins in the show’s history, the best part may have been guest judge Tony Hale from Veep, singing along to a Demi Lovato song — something I never knew I needed, but that I could now never live without.

Even if this is the only clip of Drag Race you ever watch, it’s arguably the best clip this show offers. And just know that in however many years, when I find myself on my deathbed, the last two minutes and ten seconds of my life will be spent gagging at this lip sync.