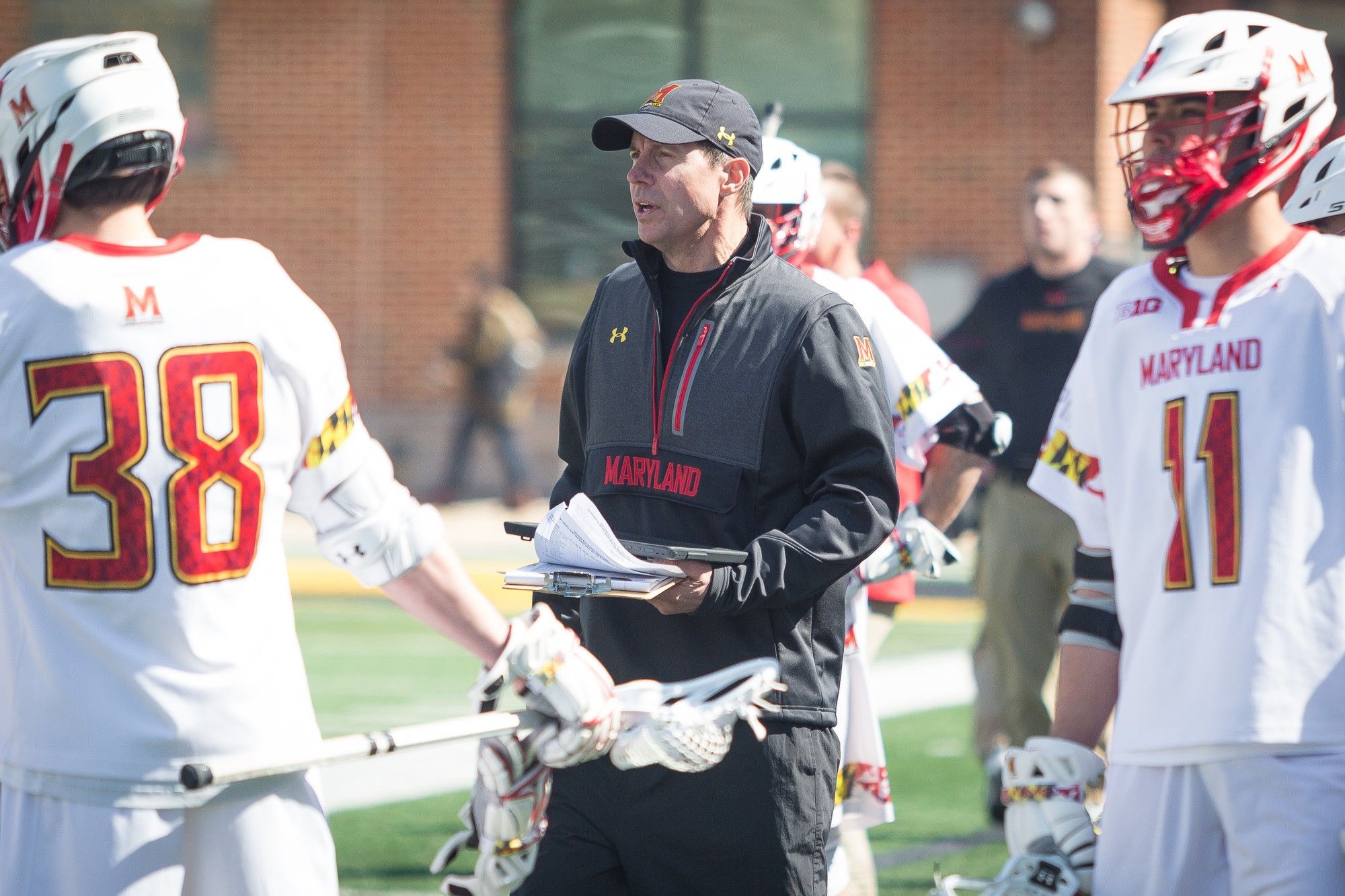 Music echoed through the tunnel at HighPoint.com Stadium from Johns Hopkins’ locker room after its 12-7 come-from-behind win over Maryland men’s lacrosse in the Big Ten tournament semifinal Thursday.

The Blue Jay players sang along with Van Morrison’s opening lyrics to Brown Eyed Girl — “Hey, where did we go?”

While the tune blared, Terps players slowly filtered out of their own locker room. They didn’t sing aloud as their opposition did, but Maryland may have been wondering the same thing Morrison was when he recorded the hit in 1967.

Two consecutive losses for the Terps — both to Johns Hopkins — puts their NCAA tournament fate up in the air. Not only are they at risk of playing on the road to open the postseason for the first time since 2012, but they are now in danger of missing the field entirely if results elsewhere go against them.

“That’s up to the committee,” coach John Tillman said. “Obviously we’ve played a hard schedule and done some good things, but I’m sure there’s a lot of other teams that feel that way as well.”

Tillman and his team will find out its postseason standing Sunday at 9 p.m. when the NCAA tournament field is announced. If Maryland is included, the bracket will reveal its first-round opponent, first-round destination and the path it would need to navigate to reach the final four for a sixth straight season.

“All we can hope for is a selection,” attackman and team captain Jared Bernhardt said.

The dichotomy between the jubilant locker room scene from Johns Hopkins and Maryland’s glum walk out of the tunnel was indicative of the opposite directions the two teams have trended over the last two games.

The Terps entered the regular season finale against the Blue Jays with an 11-2 record and were looking to clinch the No. 2 seed in the conference tournament.

Conversely, the Blue Jays came to College Park at 6-6 and in desperate need of a win to remain in the NCAA tournament conversation at all.

But after the last two games, both of which went in Johns Hopkins’ favor and included blown Maryland leads, the Terps are left at the mercy of the committee, while the Blue Jays will compete for a Big Ten championship and an automatic qualification to the NCAA tournament that once seemed far out of reach.

“To beat a good team is important, but this was important on so many other levels,” Johns Hopkins coach Dave Pietramala said. “This was about the national landscape.”

On April 20, the last time the NCAA lacrosse committee released the rankings to the public, the Terps slotted in at No. 8. Since then, Maryland picked up a win over then-No. 9 Ohio State before suffering two consecutive losses to Johns Hopkins.

Maryland’s resume features wins over four teams that are currently ranked in the top 20, according to the Inside Lacrosse media poll. That includes a win over Penn, which is now ranked No. 3.

In addition to their two most recent defeats, the Terps’ losses have come to No. 1 Penn State and Notre Dame, a team that currently slots in at No. 8 in the poll.

As Maryland waits to find out if it’s included among the eight at-large bids announced Sunday, Tillman is preaching how crucial it is to regroup to ensure two straight losses doesn’t become three, should his squad get a chance to prove itself in the postseason.

“This team only has as much time as we get. So if we get an opportunity on Sunday night, like, we get a guarantee of a week,” Tillman said. “This team has a lifespan, you know? And if we don’t do a good job next week, it’s over.”