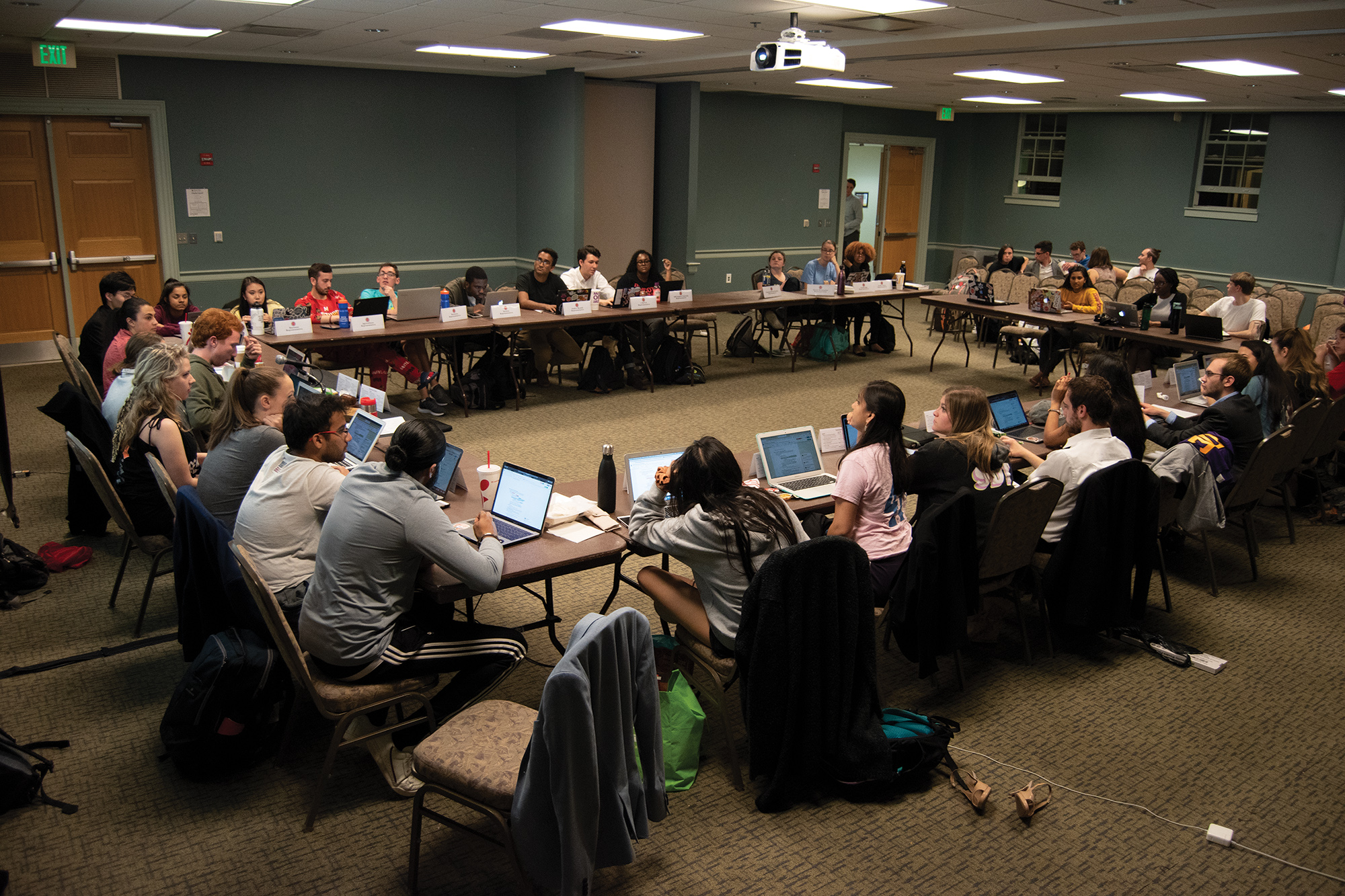 The University of Maryland’s SGA voted Wednesday to pass a resolution urging the University Senate to ensure no undergraduate student takes more than two exams in one day.

Current Office of Undergraduate Studies policy states “students may seek to reschedule final examinations so that they have no more than three examinations on any given day.” But Radhika Gholap, a sponsor of the bill — which passed 31-0 with one abstention — argued that three is still too many.

“A very, very small proportion of students actually has four or more exams on one day,” the sophomore physiology and neurobiology major said. “Very few people actually benefit from [the policy] right now, so changing it would impact a much larger group of students and actually help them.”

The proposal seeks to provide students with an opportunity to request an exam be rescheduled if they are able to “provide proof of the scheduling conflict.” This would be done by providing professors a copy of a syllabus or signed notes from other professors confirming the dates of their exams, Gholap said.

Exam accommodations and rescheduling would function similarly to the policy for religious observances, Gholap said. Students would be responsible for checking the syllabus for each of their classes and informing their professors of any conflicts as soon as possible, and professors would be required to offer a make-up exam date.

Gholap said she felt compelled to advocate for an amended policy after hearing multiple student concerns regarding sleep deprivation and impaired attention.

Increased sleep the night before an exam “was associated with higher course grades and semester grade point averages,” according to a study cited in the bill that was published in the American Journal of Pharmaceutical Education.

“College in particular is a very stressful time,” said Julianne Heberlein, the SGA’s health and wellness director. “In this type of setting, I think we should all be doing whatever we can to help students manage their mental health.”

While primarily focused on final exams, the revised policy would also be applicable to midterms, as well as any other exams throughout the semester.

“It really is setting students up for failure when you have three exams in a single day,” the senior government and politics major said. “Some of these are institutional stressors that could be changed through policy like this.”

While there is no current timeline for the proposed adjustments to move to the senate, Allen said the bill could be submitted to the body before the start of the fall semester.

The SGA has contacted the provost’s office to work out the logistics of the proposed changes, including what the new exam schedule would look like and ensuring there are enough rooms for them to be proctored in, Allen said.