Review: The Faim has the stage presence and raw talent to make it big 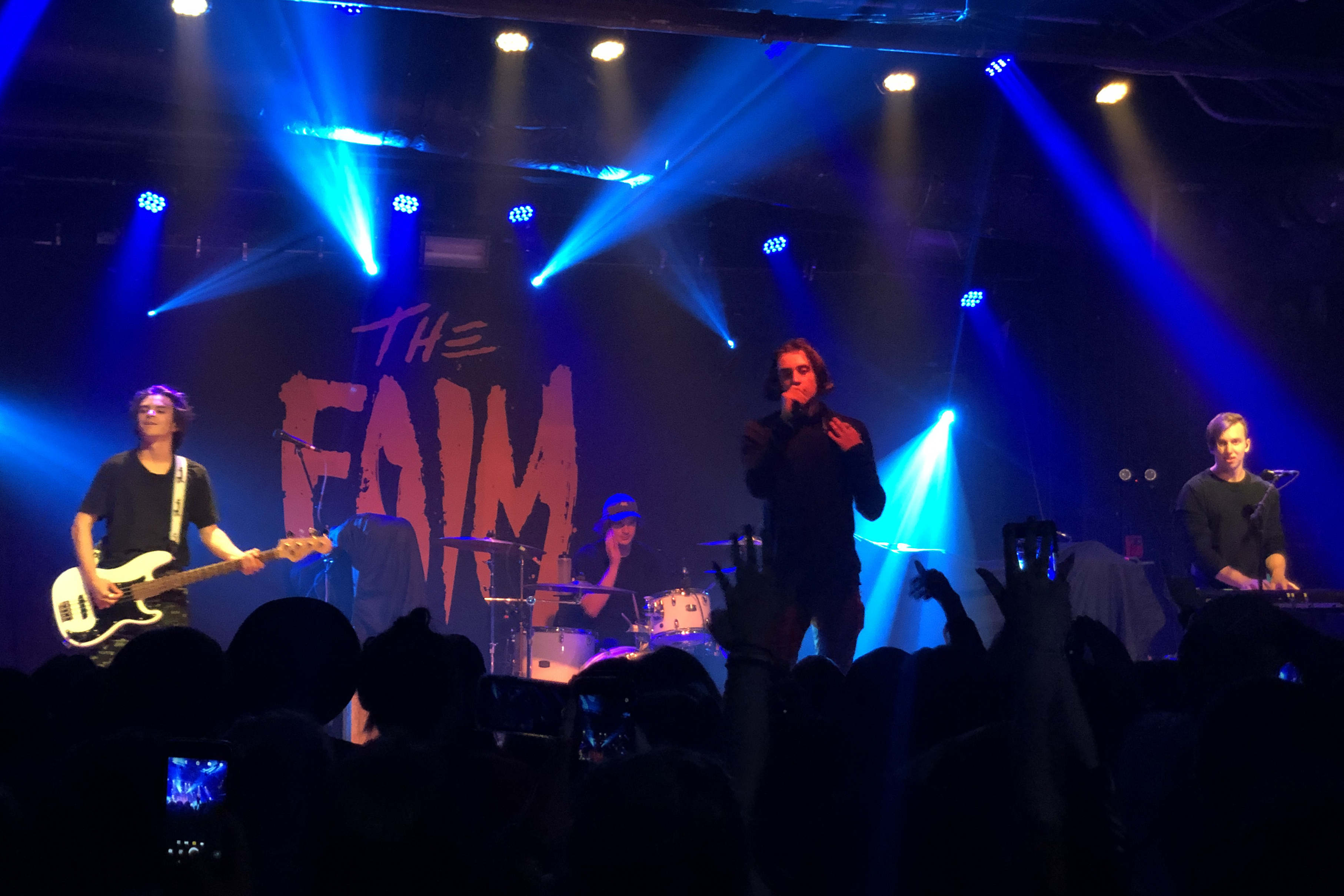 The Faim performs at Baltimore Soundstage on April 30, 2019 (Allison O'Reilly/For The Diamondback).

Outfitted in red plaid pants and displaying a pride flag on his mic stand, Josh Raven, the lead singer of Australian alt-rock and pop-punk band The Faim, displayed his breathtaking star power while opening for Andy Black at Baltimore Soundstage on Tuesday.

Raven is one of the best pop-punk artists I’ve ever seen live. He spent more time off the stage than on it — he jumped into the crowd to sing with his fans, looped around the audience to visit the merch table, and even stood up on the bar to sing a few times — all while staying on key. I couldn’t turn away from his monumental presence and enchanting vocals — except to take notes for this review, of course.

Each member of the band had the energy to match Raven, too. When I was in the photo pit for their set, guitarist Sam Tye jumped onto the ground next to me without missing a note. Bassist Stephen Beerkens and drummer Linden Marissen musically carried the set with their loud, infectious beats.

Raven told the crowd early on that the band was enjoying their time in Baltimore: “We’re very far from home, but it’s shows like this that make us feel like we never left.”

The small-ish venue lends itself to intimate performances, which was perfect for The Faim’s more emotional tracks. Their performance of “Make Believe” reminded me why I got into pop-punk back in middle school. It’s an angsty, loud song about feeling low and vulnerable, performed intensity and strength.

“Summer Is A Curse” is one of their most popular songs, and rightfully so. It’s catchy and upbeat, with typical pop-punk lyrics about wanting to leave “this city” and make it in the real world. This is the song where Raven jumped onto the bar to sing, making the dramatic bridge even more powerful.

Largely due to Raven’s vocal skills and bold personality, The Faim’s sound reminds me of 2013-era Panic! at the Disco — intoxicating pop-rock that everyone can sing along to. But they didn’t get to such a well-developed sound in such a short time all on their own.

Renowned rock producer John Feldmann discovered the band a few years ago, priming them for industry greatness. They’ve worked on songs with pop-rock superstars like Pete Wentz, Ashton Irwin and Josh Dun — and it shows. The Faim’s music is radio-ready and they haven’t even released an album yet.

The worst part of The Faim’s concert is that they weren’t the headlining act. Andy Black’s solo music is lackluster compared to the screamo staples he released as part of Black Veil Brides. I was never a BVB fan, so I didn’t have high expectations for his set to begin with, but The Faim outshined him by a long shot.

The Faim has strong branding, an enticing frontman, industry support and the talent to back it all up. They have all the pieces to make it big in the rock world, and it’s only a matter of time until they get there.