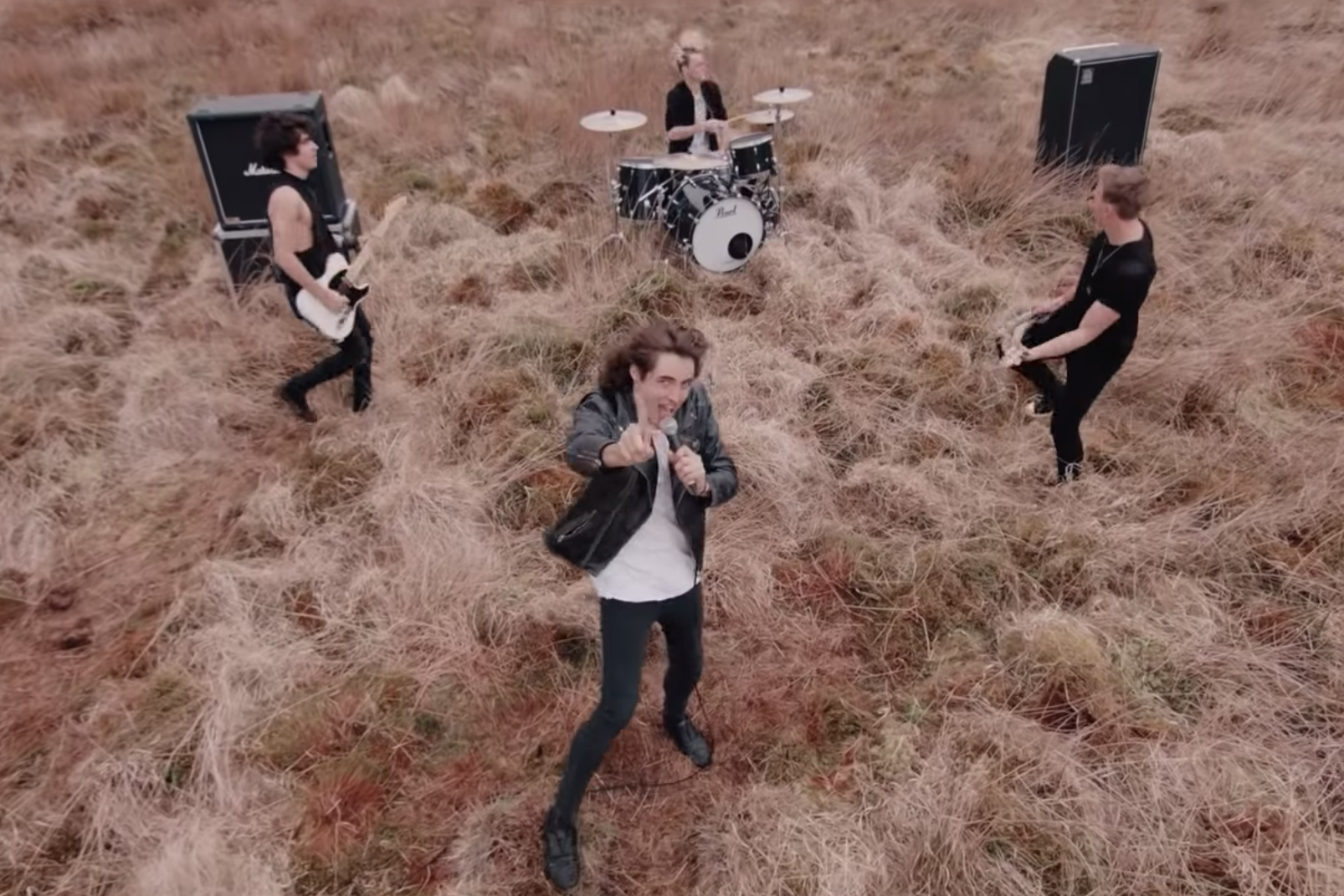 The Faim perform in the music video for their 2018 track "Summer is a Curse" (Photo via YouTube).

Australian alt-rockers The Faim will be in Baltimore April 30 to open for Andy Black of Black Veil Brides on his North American solo tour.

The Faim started working with producer John Feldmann in 2016 and they released their first EP, Summer is a Curse, under the music label BMG in 2018. They’ve worked with pop-punk all-stars such as Ashton Irwin of 5 Seconds of Summer and Pete Wentz of Fall Out Boy.

Drummer Linden Marissen joined the band in 2019, right before they embarked on a European tour. He said in an interview with The Diamondback that coming into the band was “pretty daunting” and that he had never toured internationally before.

“[I] definitely was feeling the pressure, especially with, you know, the scale of this band,” Marissen said. “But you know, the guys have been amazing, and they made me feel right at home — you eventually get used to it.”

The tour with Andy Black will bring Marissen to Canada for the first time, as well as some U.S. cities he’s never visited before. He noted that traveling on tour is easier in the U.S. than back home in Australia — even though he and his bandmates sometimes struggle to understand American accents.

“In Australia, you pretty much have to fly everywhere you go because everything is so spaced out. And in America, you get everything in a van and drive around [from] city to city,” Marissen said.

The Faim will open for Andy Black at the Baltimore Soundstage with another set from Kulick. General admission tickets cost $20.35 and can be purchased through Ticketmaster.

As for the future of the band, Marissen said fans have a lot to look forward to — including an album that has “been in the works for quite some time.”