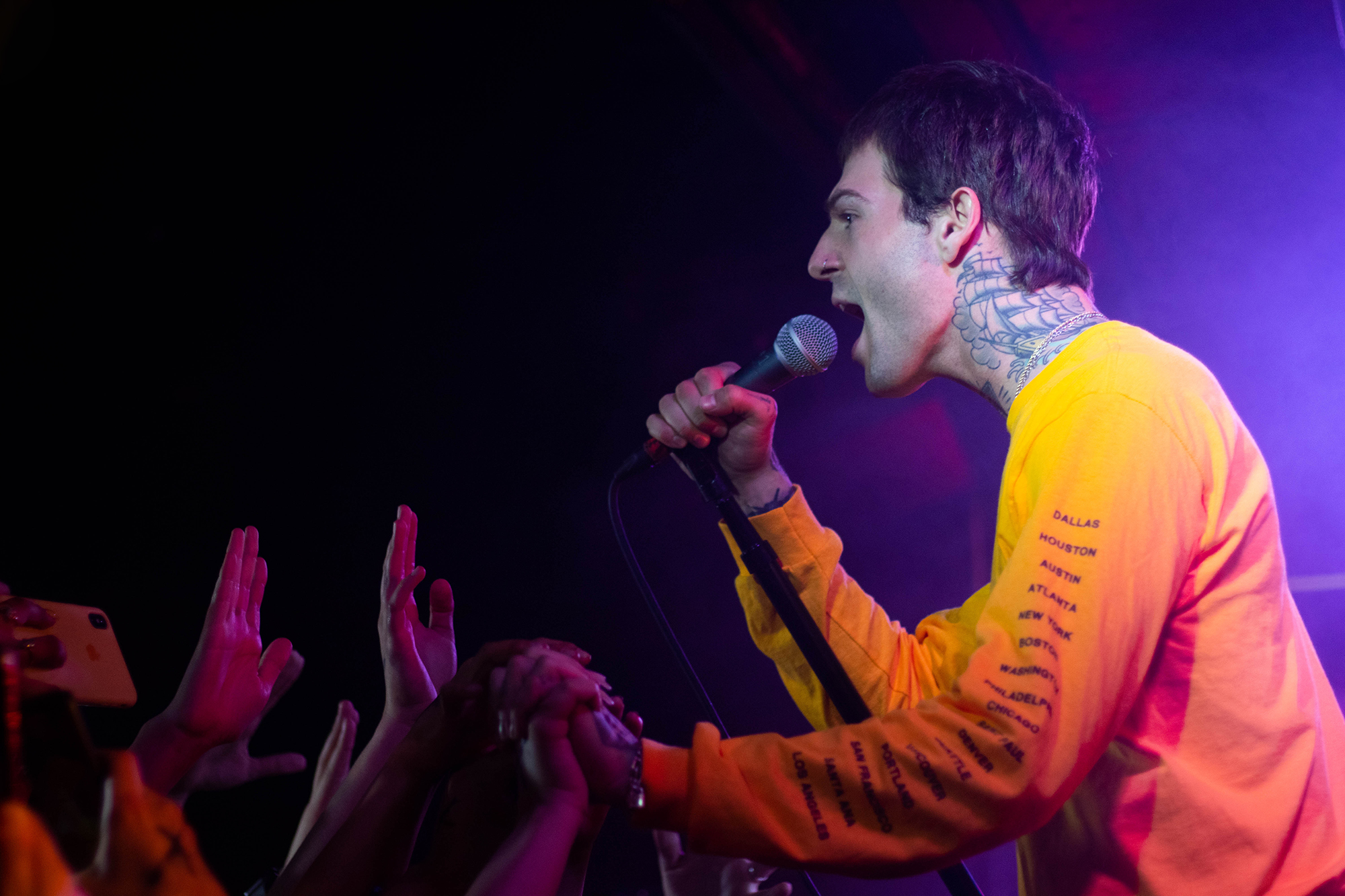 As Jesse sang the first lyrics to his song “Bi” on the stage of the Rock and Roll Hotel, he abruptly stopped, turned to his DJ and hypeman — known as Beef — and said, “Hold on, Auto-Tune was wrong. Gotta get it right baby, come on!”

Jesse Rutherford, most commonly known as the lead singer of The Neighbourhood, commanded the room with a confident ease — and a mischievously playful attitude — throughout his performance Friday night.

Right before his upbeat performance of “Better to Lie,” he jumped up, grabbed hold of a pipe from the ceiling and back flipped through his arms, much to the surprise and excitement of the young audience cheering him on. I didn’t even get to recover from the shock as he launched immediately into the song with the audience right behind him, singing every word.

In his first ever solo tour, named “Jesse: I <3 Tour,” the singer peppered the audience with banter between songs. Even when he sat down to play more emotional songs like “Born to Be Blonde” and “Puppy Love” to show his serious side, the mood was still light. For example, a guy kept requesting a song by yelling over the crowd; Jesse jokingly called for security to remove him from the audience.

Unlike most concert venues, the stage at the Rock and Roll Hotel was not blocked off by a railing. So, audience members leaned over the bulky speakers at the front of the stage. Jesse took advantage of this set-up by bending over and holding hands with a few people in the crowd, whether he was singing or taking a break. During one of those breaks he joked, “What’s going on? You want to take a finger? Just take it off!”

The energy throughout the night was at an all-time high, with Jesse jumping around the stage and the audience screaming the lyrics. Even one of Jesse’s openers, Hearts, worked hard to get the audience hyped. He sang the most lit rendition of “Hey There Delilah” I have ever heard. Seriously, I never thought I would experience the chill Plain White T’s song in a setting that induced head banging.

Jesse’s other opener, Goody Grace, smoothly responded to an audience member’s “I love you” with an “I love you too” mid-song lyric and reached out to the gaggle of screaming girls in the audience. He came back towards the end of Jesse’s set to sing their song “Too High” together, eliciting massive cheers from the crowd. Goody’s boyish charm and Hearts’ rawness balanced perfectly as the introduction for Jesse’s set.

Right before his last song, “Rock & Roll DJ,” Jesse asked the audience if he looked like a substitute teacher with his bright yellow long-sleeved t-shirt and black trousers. Then he answered his own question by saying, “Yesterday’s fit looked more like a substitute teacher.” And then the concert was over, at 10 p.m. sharp, and it left me wondering — was Jesse really our substitute teacher, teaching us a lesson on how to be hype? I’d sure like to think so.