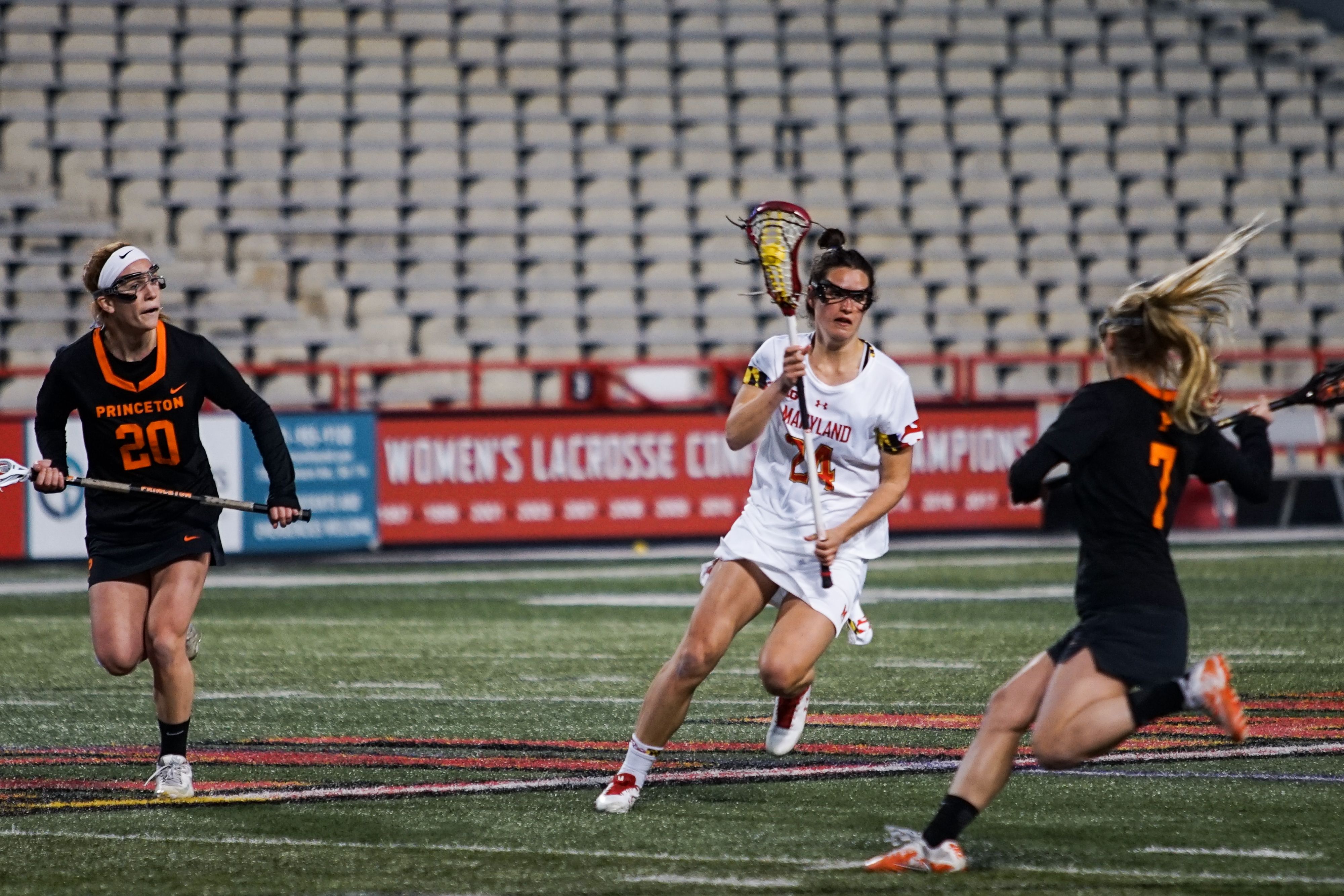 Julia Braig during a 15-7 win over Princeton at Maryland Stadium on March 27, 2019. (Corey Hart/The Diamondback)

Taylor has been a formidable force in goal for all four of her seasons in College Park. This year, the senior leads the NCAA in save percentage and ranks in the top five in goals allowed per game. In a stretch from early March through mid-April, she received six consecutive Big Ten Defensive Player of the Week awards.

Braig is in her second year as a captain and has anchored Maryland’s defense, which ranks tied for second in the country in goals allowed per game. Giles, meanwhile, has enjoyed arguably her best season as a Terp. The Ellicott City native has tallied 71 points, good for third in the conference, while shooting 52 percent.

Steele has battled injuries throughout the season, yet still ranks fourth in the Big Ten with 2.77 goals per game. She also leads the Big Ten with five game-winning goals. Colson is second in the conference in draw controls per game and complements Braig and Mercer to form Maryland’s elite defense.

Evans — a graduate transfer from Canisius — has enjoyed a successful season in College Park after tearing her ACL prior to her senior year. Her unparalleled efficiency is evident in her 56.2 shooting percentage, ranking second in the Big Ten. Hartshorn ranks second in the Big Ten with 114 draw controls on the season, while notching 38 goals — including a game-winner against Syracuse in March.

Giles, Steele and Braig were unanimously selected for the second straight year to the 21-player team.