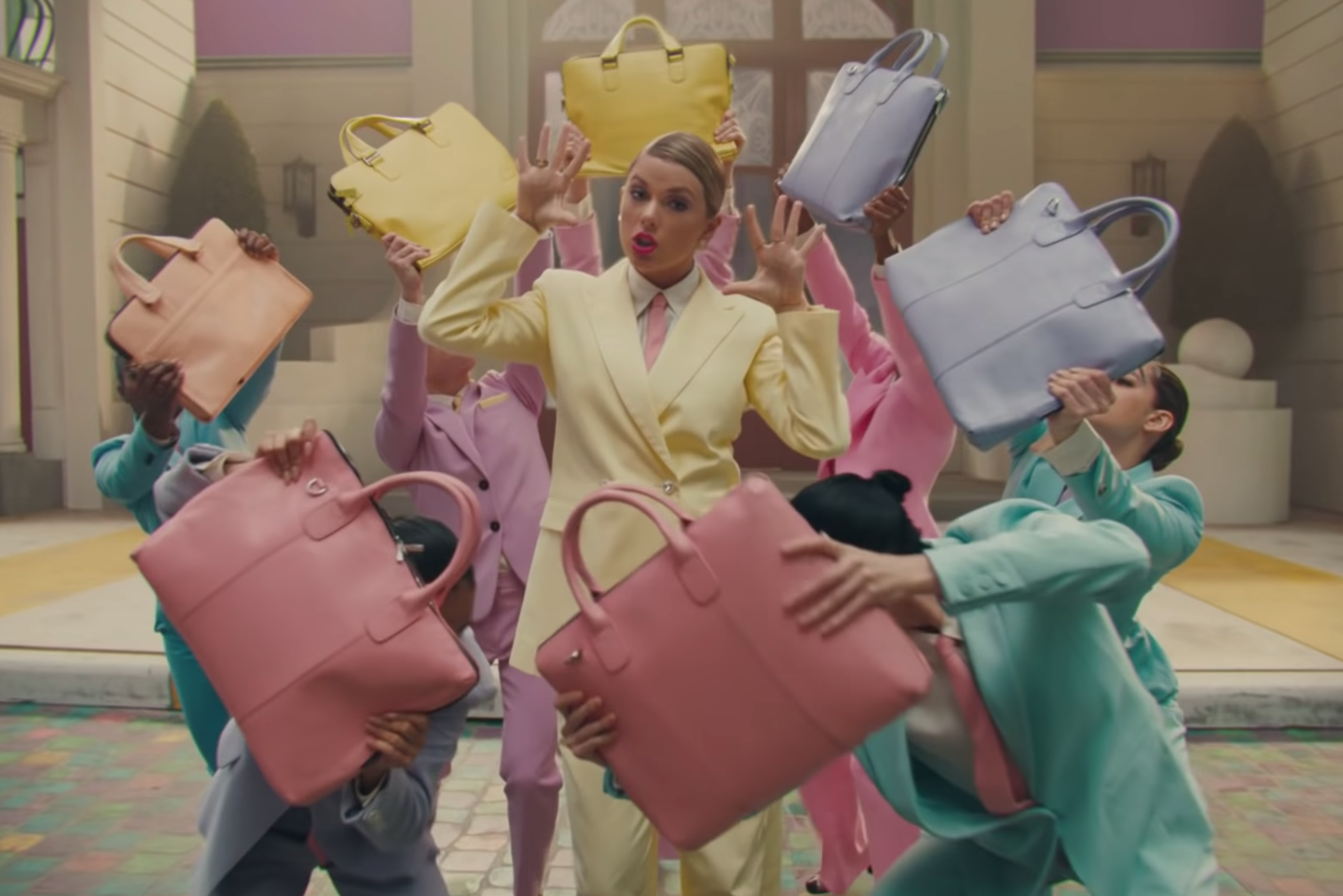 Taylor Swift is back, and she’s traded in her rebel image for pastels and rainbows. She ended her Reputation era last Friday, releasing a disappointingly basic new single: “ME!,” featuring Brendon Urie of Panic! At The Disco.

Swift has rid herself of the seriousness that she carried in her last album. “ME!” is Reputation’s opposite. The single is lighthearted, and the video even pokes fun at her somewhat cringeworthy cat obsession.

“ME!” is a perfectly fitting title. Taylor Swift seems to be singing without any of the worries that she had on her last album. In 2017, it seemed like she was aggressively trying to get people’s attention, while simultaneously insisting that she didn’t care what others thought of her. She casually admits her flaws on “ME!” but still manages to exude confidence.

But her lyrics are nothing special — they could easily be mistaken as the words of any other mainstream pop song. The extravagant theatrics, multiple crazy costumes and overwhelming colors in the accompanying music video combine to form somewhat of a sensory overload.

While Swift insisted on everyone taking her seriously on Reputation, this video is the epitome of “bubblegum pop.” Listeners and fans were finally beginning to see a grown-up version of the heartbroken teenager that Taylor Swift once was, and “ME!” unfortunately feels like a setback from her progress.

Despite the superficiality of this most recent Swift release, she still manages to separate herself as the queen of uplifting, feel-good pop despite some fairly unoriginal writing.

While “ME!” may sound like an easily disposable pop single to me right now, I’ve learned to never dismiss Swift’s work quickly. I considered “Shake It Off” and “Look What You Made Me Do” — the lead singles from her two previous albums — to be unlistenable when I first heard them.

Those songs embodied everything I disliked about mainstream pop music, just like “ME!” does now. The piercing autotune, surface level inspiration and lack of originality did not cater to my listening preferences. And yet, every Swift single grows on us casual listeners until we realize that she has somehow managed to get in our heads again. I’m sure “ME!” will follow this trend.

Given her past, and apparent declaration of a new aesthetic in the video, “ME!” is probably signaling a future album release. Most musicians release albums, but somehow Taylor Swift has managed to make each musical era a larger part of her career identity than any of her contemporaries have. Every album release is an event that requires a new persona. Now we get to watch how the newest version of Taylor Swift manifests over the next few months.