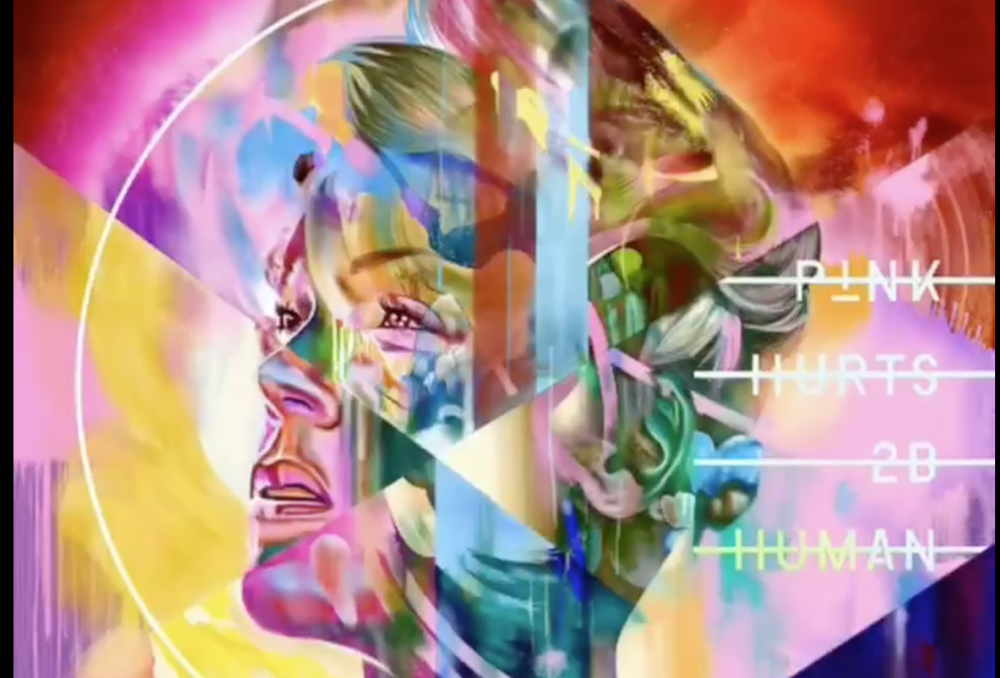 The first CD I ever bought was Funhouse by P!nk in 2008 — but I’d been listening to her music long before then. The badass, punk, Jewish, rock star was my icon. Her lyrics were always packed with meaning and left me feeling something, and it’s no different on her newest album, Hurts 2B Human. Sadly, half the album goes in the opposite direction, and P!nk trades in her distinctive creativity for overproduced pop “hits.”

P!nk experiments with new sounds, giving her a surprisingly youthful tenor. But it doesn’t really work in her favor. The album begins with “Hustle,” which has that made-for-radio country twang, but the lyrics fall flat, repeating “Don’t hustle me” over and over again. This is, unfortunately, a common theme in songs like “We Could Have It All” and “(Hey Why) Miss You Sometime.”

The title track is easily the worst on the album. Similarly devoid of the impressive lyrics her other songs contain, she used overt Auto-Tune that she doesn’t need, making her sound just like everyone else. P!nk has such a uniquely recognizable voice, so listening to that track made me wonder if she was only doing it to hold on to a younger, pop-oriented audience.

The first song to finally stand out lyrically, and my personal favorite, was “90 Days (feat. Wrabel).” It tells the age-old story of falling in love with someone who might not feel the same way. But what makes it so incredible is the detail P!nk goes into. She sets the scene of two people in a car, pretending to enjoy the ride, but one inevitably begins doubting themselves in the relationship – knowing it’ll one day end. It’s a devastatingly relatable experience. You can hear the emotion behind the song, making it difficult to listen to without thinking of your own life.

Another beautiful story comes in “Circle Game,” where P!nk explores her role as an adult and mother. “And there’s still monsters in my closet and they want to come and play/ There’s still sounds in the dark, I wish they’d go away,” are lyrics she parallels with “And now there’s monsters in her closet and they wanna come and play/ And I start looking for my dad to come and make ’em go away,” speaking of her daughter. The song is a real-life emotional entrance into parenthood and the questions and fears that come along with it.

One song that combines her new sound with her classically opinionated lyrics is “Can We Pretend (feat. Cash Cash).” This song has quickly become one of my favorites because it simply has it all. It’s not something I’d ever guess P!nk would be a part of, but Cash Cash adds the youthful flare that P!nk needed in this album. She doesn’t lose any of her artistic integrity by skipping out on a coherent message.

The biggest disappointment of Hurts 2B Human is just that. The album title track is honestly nothing special. Featuring the latest mega-star Khalid, the song fails to capitalize on the incredible vocals he’s known for. It seems that his appearance on the song was just for show, instead of for the collaboration of two incredibly talented individuals.

Overall, the album is split into two completely different categories: Radio hits versus artistry and storytelling. I have mixed feelings about it on the whole, but that’s because it is totally incohesive. I look to P!nk’s music for either an “I don’t care” attitude or a tender, unfiltered story about her life — this album only gave some of the latter. However, what she did put her heart and passion into can be easily recognized as lyrical genius and made me feel that special something that I’ve come to love her music for.