Maryland softball’s usually strong offense was its downfall against Nebraska 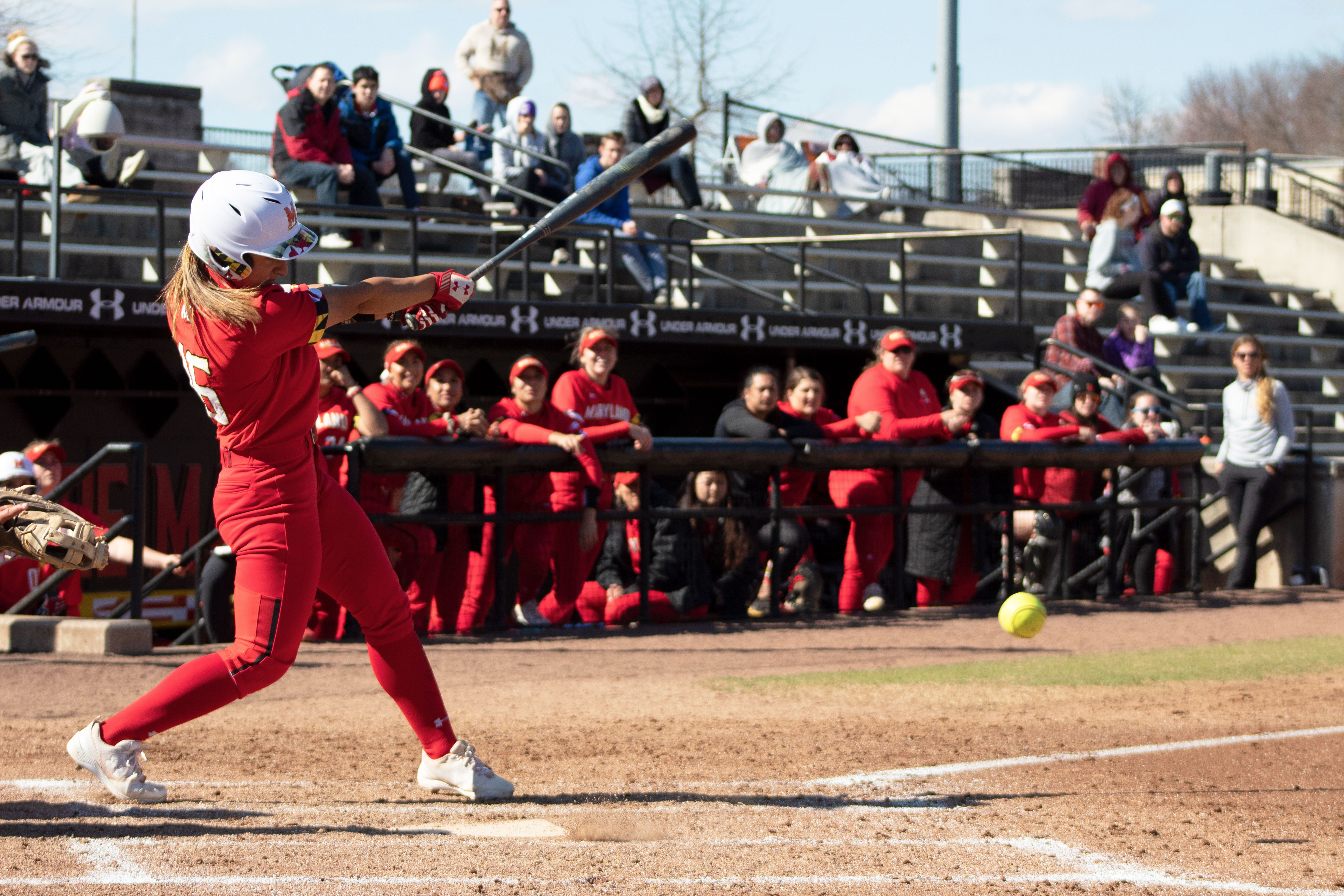 After two blowout losses to Nebraska, the Maryland softball team’s usually reliable offense was in a slump. So, the Terps leaned on their pitching staff and defense to try and steal the final game of the series Sunday.

But with Maryland already down 6-1 in the bottom of the third, its chances were bleak.

Pitcher Sami Main entered to relieve right-hander Sydney Golden in the bottom of the second; she walked Cornhuskers leadoff hitter Madi Unzicker to begin the third. During the next at-bat, though, the Terps’ defense got the squad out of the jam to provide a glimmer of hope.

For the next two innings, Main settled in — and her defense stood tall behind her. The senior didn’t allow a hit in the three-inning stretch, and Maryland turned another double play in the fifth inning.

But the Terps’ offense failed to match the strong defensive effort in the eventual 9-1 loss — a recurring issue in the series but a rarity for the season.

“We were getting ourselves out more than they were getting us out,” coach Julie Wright said. “We’ll be better next weekend. We just had a rough weekend overall.”

Maryland’s offense has been its strength this year, hitting .291 — fifth in the Big Ten — but didn’t choose the right pitches to swing on and vice versa against Nebraska, Wright said.

In the Terps’ 11-2 loss Friday, Maryland managed three hits. The next game, only one. And though the offense improved with five base knocks Sunday, a lone run in the third was not enough to take a game off the Cornhuskers.

“We can do a better job of being aggressive early in the count,” left fielder Micaela Abbatine said. “We’re a very potent offense, we were just kind of not ourselves.”

Center fielder JoJo McRae, who leads the team with a .321 batting average, had just two hits in the three games, both coming in the series finale. And third baseman Anna Kufta has a team-high 42 RBIs but could not break through for a hit against Nebraska.

Three straight run-rule games exacerbated the Terps’ hitting disparities, shortening the contests and taking the bat out of Maryland’s hands early. But Main acknowledged there was room for improvement in all facets.

“There was a few miscues on all sides of the ball,” Main said, “but the defense and pitching staff let too many runs to keep us in the game.”

Golden pitched 1 ⅓ innings Sunday, exiting the circle after the Cornhuskers took a 5-0 lead. When Main stepped in in relief, the Nebraska offense’s attack temporarily ceased, starting up again with the game-winning home run.

Even during Nebraska’s offensive lull, the Terps didn’t show any signs of mounting a comeback, knocking just one hit in the final three innings.

“We kind of went cold on all sides of the ball,” Wright said.

After totaling just nine hits during the sweep, Maryland is looking to improve in all facets of its game in preparation for the last regular season Big Ten series against Michigan. Currently in 13th place, the Terps are just out of contention for the conference tournament, which includes the top 12 teams.

“We definitely have to put on a good show against Michigan this weekend and get some wins,” Abbatine said. “But we’re still confident that we can make the Big Ten Tournament.”