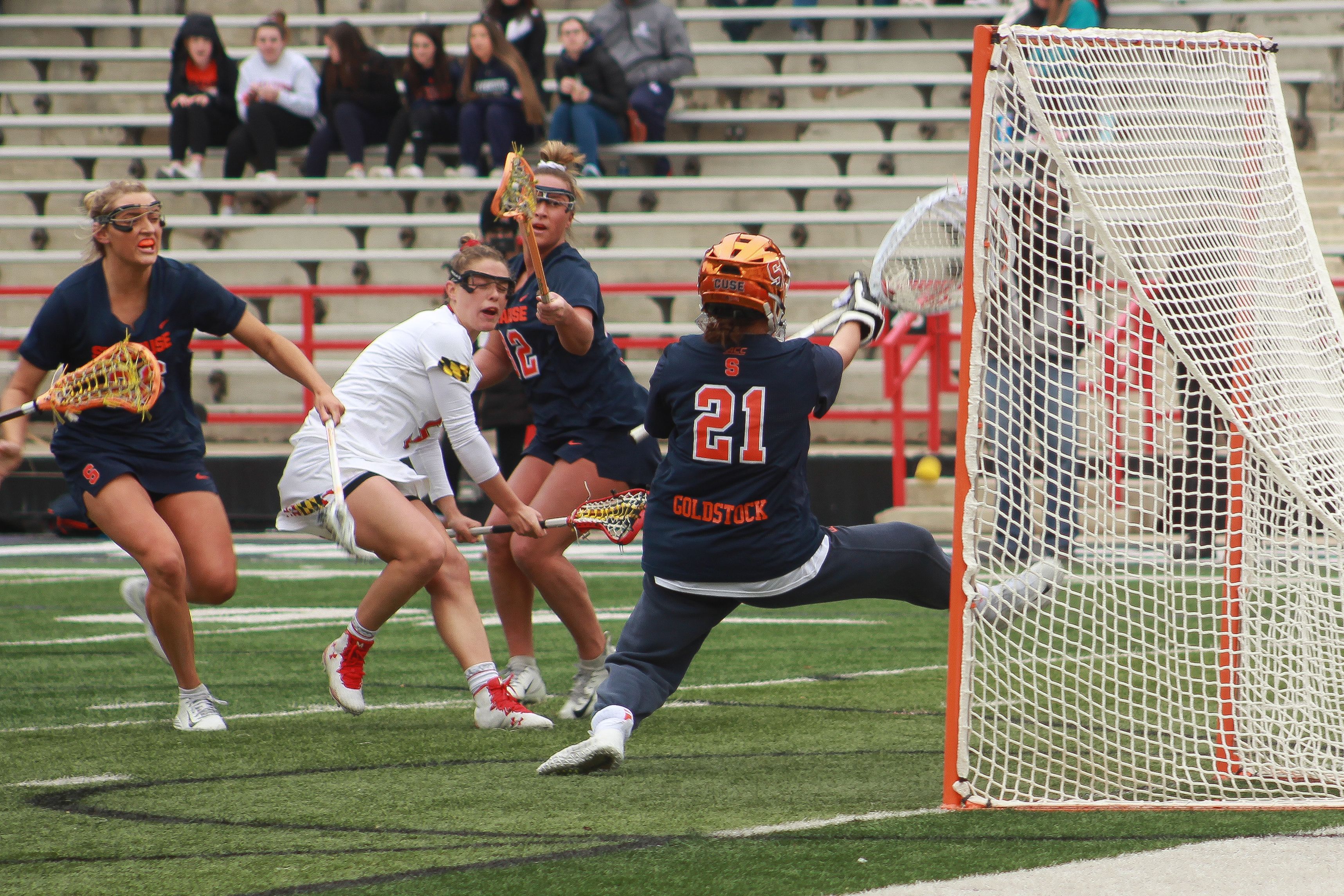 When Maryland women’s lacrosse attacker Caroline Steele sniped a game-winning overtime goal against North Carolina in February, her teammates ran onto the field and celebrated wildly. After a few seconds of jubilation, though, the festivities ended.

While both goals maintained the Terps’ undefeated record, there were still two months left in the season. That businesslike attitude has carried coach Cathy Reese’s squad to the brink of another Big Ten regular season title.

From now on, the stakes are heightened, with each game bringing a conference trophy or postseason survival. So when Maryland plays Johns Hopkins on Saturday, it will look to bring the same intensity that’s driven it so far this campaign.

[Read more: Meghan Siverson has been the unsung hero for Maryland women’s lacrosse]

With 10 days between their last contest — a comeback win against Georgetown — and their matchup against the Blue Jays, the Terps have had plenty of time to rest.

Still, Maryland has attempted to ward off any lapses that may come from the long gap. The Terps have used their bye week as an opportunity to recover from a stretch of nine games in just over four weeks. And during the break, Maryland has refocused on the basics.

“A lot of us are happy to have that time where we’re just practicing and work on the fundamentals,” midfielder Jen Giles said.

After facing Johns Hopkins, the Terps face the Big Ten tournament, where they’ll likely hold the No. 1 seed. The Terps are looking to win for the fourth straight season.

On May 10, the stakes get even higher for the NCAA tournament. Maryland will need another five wins to claim a 15th national title. But the Terps are pumping the brakes before their minds can shift to that. There’s still Johns Hopkins in the way.

“If you get too much ahead and start looking at the bigger picture, you get overwhelmed,” Giles said. “Play every game like it’s your last.”

To continue its undefeated season, Maryland will rely on its standout senior class. The group has a combined nine All-Americans and a wealth of experience playing against the best teams in the country. Four of them have also been shortlisted for the Tewaaraton award, which is given to the best lacrosse player in the nation every year.

On top of that, they boast a winning pedigree after winning a national championship in 2017.

“They’re a great group of leaders,” Reese said. “They have been crucial to our success so far.”

As the Terps look to win a Big Ten regular season championship for the fourth consecutive year, they will also be preparing for a crucial run of games. And with every win, the celebrations may last a little longer.

“It’s sad, but also exciting,” midfielder Meghan Siverson said. “Because we know we have amazing things ahead of us.”