“Welcome to the fight”: Teach-in event at UMD aims to reduce gun violence 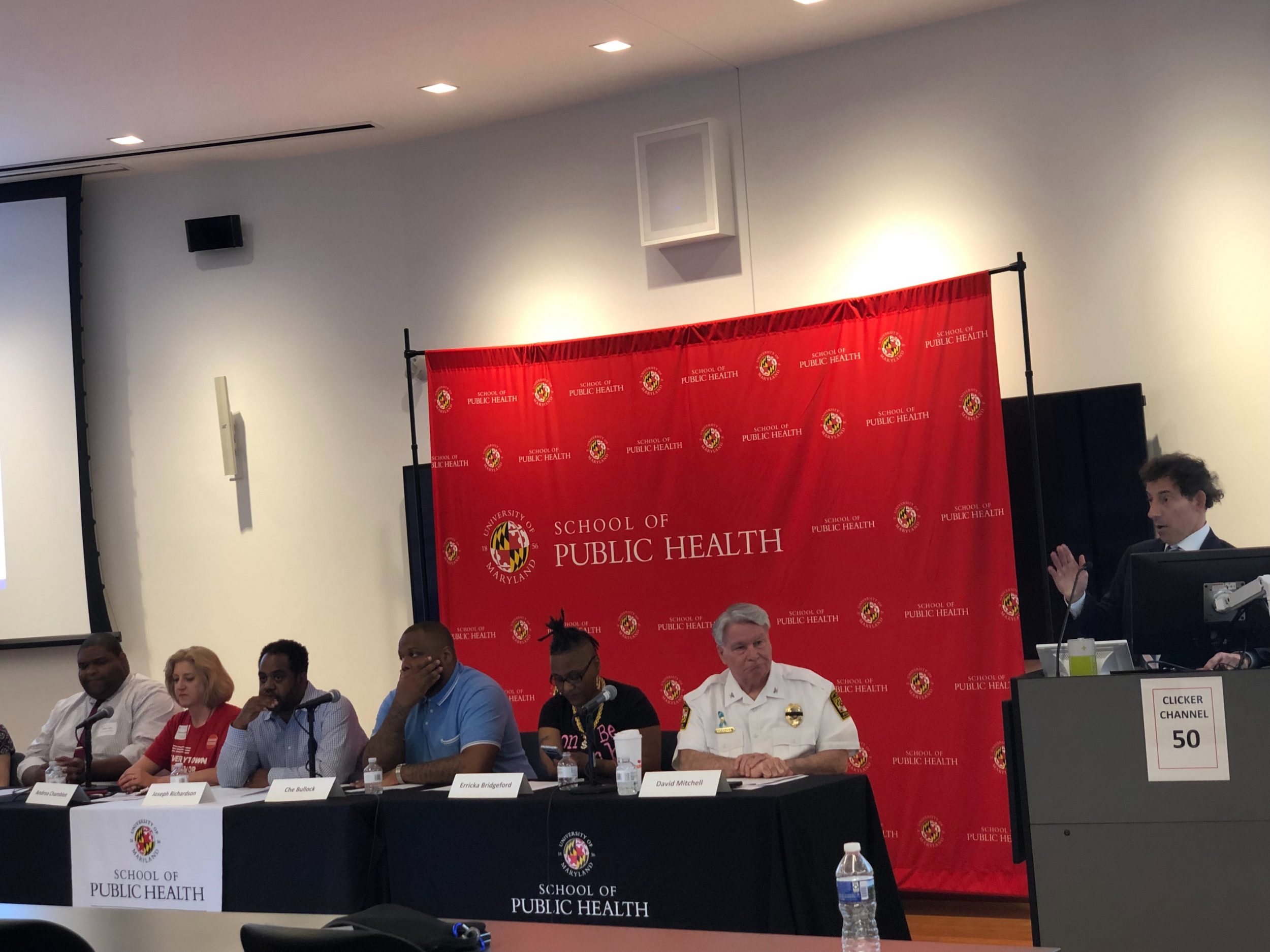 The University of Maryland’s public health school joined together with local experts and activists Wednesday to host a teach-in aimed at educating and exploring community-wide solutions to gun violence.

University Police Chief David Mitchell spoke on officers’ increasing responsibility to protect students on college campuses from gun violence, and the alarming rates of gun violence incidents in the country.

“This is senseless violence — how many young lives have we lost because of short tempers and big guns?” Mitchell said. “It starts in many of our communities, our families, and it starts from cries of help getting ignored.”

Jordan Kerr, a senior in the public health school, also spoke at the event, highlighting how students need to have conversations with their representatives on issues such as gun violence to make change.

“Students should put in the effort to reach out to people who can make the changes. It can truly make a difference,” said Kerr, the president of the Public Health Action through Civic Engagement committee. The committee was created by the public health school in the wake of the shooting at Marjory Stoneman Douglas High School in Parkland, Florida, which took the lives of 17 students and faculty.

U.S. Rep. Jamie Raskin (D-Md.) was among the attendees at the event, which was held at the Edward St. John Learning and Teaching Center. The event came amid a growing national conversation about how to address the bevy of mass shootings and gun-related crimes.

It’s a conversation that hits close to home at this university. On June 28, five people were killed at the Capital Gazette in Annapolis, including Rob Hiaasen, a journalism lecturer at this university, and alumni Gerald Fischman and John McNamara.

One of the panel members was McNamara’s widow, Andrea Chamblee. She wore her husband’s press pass around her neck as she spoke of his legacy, and her part in the ongoing activism against gun violence.

“Welcome to the fight,” Chamblee said.

“This is the civil rights issue of our time because it affects women, it affects people of color, it affects the LGBTQ community, and others,” she added. “You don’t have to wait for a tragedy to happen to you for it to be your purpose. Make this your purpose for one hour a day or one day a year.”

Brittany Stone, one of the event’s attendees, agreed. Gun violence touches all aspects of a community, including schools, she said.

“Here at the University of Maryland it’s relevant to us just because of how many school shootings have been going on in America and how that can affect us in particular,” said Stone, a senior in the public health school.

She explained the risks in the country today following multiple mass shootings that occurred both on and off school campuses, and cited those previous incidents as cause for concern.

The teach-in event ended as it began: with the idea that gun violence is a public health issue.

“We’re at a stage now where we have to do something and that is why we have this discourse,” said Woodie Kessel, a public health professor. “Our nation is being hurt by something and the question is, what do we do about it?”