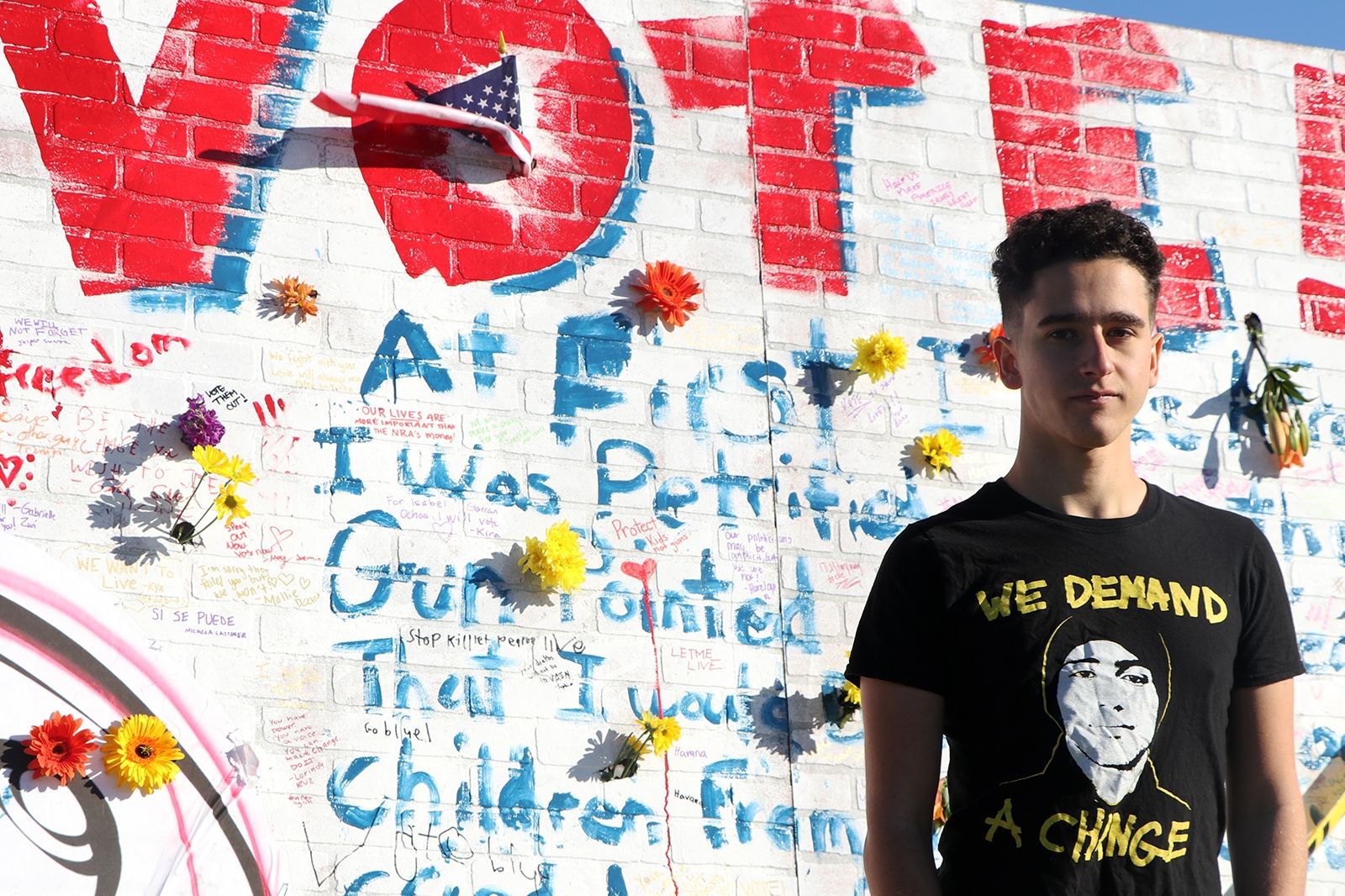 Joaquin Oliver — or “Guac,” as his friends would call him — was known for his zeal on the basketball court.

After a game where he felt the officiating had been unfair, he told his father someone needed to “change the ref.”

Oliver, 17, was one of 17 people killed when a gunman opened fire at Marjory Stoneman Douglas High School in Parkland, Florida, earlier this year.

The group is looking to elect officials in the country that will support gun control laws — like Oliver’s request to change the rulemakers in his basketball games.

“My community lost 17 people that should still be here today,” said Dadon, a sophomore economics and government and politics major. “I wanted to make a change for them, to honor them with change.”

On Saturday, three days ahead of the midterm elections, Dadon organized a rally through Change the Ref on the Capitol Building lawn to encourage young people to vote, especially for candidates who would support tighter gun control measures.

About 250 people came to the event, officially named the Vote for Change Rally. One of them was Ben Curtis, a freshman journalism major at this university.

Curtis, a South Florida native, said his community of Coconut Creek was struck by the tragedy in nearby Parkland.

“Parkland was always the safest place in any of my community. It was the place you went for mom-and-pop shops, for outstretched arms, for the nicest people you’ll ever meet,” Curtis said. “It certainly became a different community.”

Dadon left Stoneman Douglas before the shooting and said he was only acquaintances with Oliver.

Still, Dadon said he felt the two were similar, especially after Oliver’s death. He reached out to Oliver’s father about working with Change the Ref.

Manuel Oliver spreads awareness about the effects of gun violence through live painting. On Saturday, he did just that, painting a mural of his son and LGBTQ activist Marsha P. Johnson — a leader in the Stonewall riots of 1969 and a victim of gun violence — adorned with flowers placed in bullet holes.

Above their faces, he wrote a simple message: “VOTE!”

Amit Dadon speaks at the Vote for Change Rally. Dadon, a UMD student, organized the rally in front of the U.S. Capitol. (Julia Nikhinson/The Diamondback).

“I couldn’t have a better background for these pictures,” Manuel Oliver said, his back to the Capitol Building. “Now Joaquin is here, in coalition, with other victims, speaking loud.”

Dadon said it’s been a struggle for him to manage being both an organizer and a college student. He had a midterm scheduled for the Wednesday after the rally, but he said he didn’t mind.

“As bad as it sounds to any professor that might be reading this,” he said, “this is more important to me.”

Tyra Hemans, a friend of Joaquin Oliver, spoke at the rally. Over the summer, Dadon and Hemans, along with fellow Stoneman Douglas alumni, toured every congressional district in Florida, as well as parts of Alabama, Mississippi and Louisiana, to discuss what could be done about gun violence in their communities.

Dadon was the logistical organizer for the tour, and his organizational skills helped make Saturday’s rally powerful, Hemans said.

“Look at what he’s done,” Hemans said, gesturing to the crowd. “He got people amped up three days before the decision — for everything that matters — is made.”

Dadon said the organization has worked on a non-partisan basis, reaching out to Republican and Democratic groups alike. He hopes to find common ground on issues that he said both parties can support, such as universal background checks and red-flag laws.

Andrew Saundry, a senior history and theatre major at this university, said he decided to come to the rally after meeting Dadon at a vigil near the White House last week for the 11 victims of a shooting in a Pittsburgh synagogue.

Saundry said it was young leaders like Dadon that have helped him to become more politically engaged.

“I had to be here,” Saundry said. “I have a belief in the future of this country, and what we can be as people, and these are the kind of moments we need to have.”